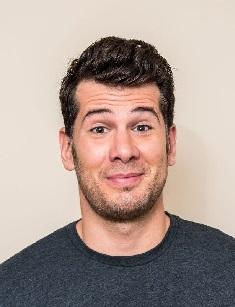 If you are a regular viewer or listener of comedic TV show Louder with Crowder, you know who Steven Blake Crowder is. Born in Michigan in 1987, he talks in outstanding style about politics and news. In his career, he has succeeded to be a member of Fox News. Currently, he collaborates with Ben Shapiro, Glenn Beck, Joe Rogan, and Dana Loesch, and frequently appears on their programs. If you want to listen to Steven’s speech, you can find his weekly podcasts in Soundcloud and iTunes.

He married in 2012. According to several sources, the current net worth of Crowder is estimated to be around $3 million. Also, Steven has dual-citizenship with the USA and Canada.

Steven is from Grosse Pointe, which located in the state of Michigan. He was born into a mixed family. His father was American, while his mother was French-Canadian. She worked as a stylist and costume designer on TV in Canada. His father grew up Christian, his mother Catholic, though neither of them very observant.

Steven had a brother, Jordan. All the family moved to Quebec, soon after Steven’s birth. He spent most of his childhood there. Steven attended the Centennial Regional High School. It was a co-educational comprehensive public high school located in the Greenfield Park, Quebec. Currently, Steven is one of the school’s notable alumni.

His parents were very straightforward about sex, giving him “the talk” at about four years old because they didn't want him to think about it as something that couldn’t be discussed, just something that is meant to be between a husband and a wife. Crowder was bullied for much for his childhood. Being one of the only Christian and American kids at a Catholic school also did little to help him fit in. He had a severely autistic kid in his class, and he was always picked last in gym class, even after him. Naturally, that made Steven feels pretty bad as an eight-year-old.

At the age of 12, Steven started acting. He was behind the voice actor on children’s TV series Arthur, where he voiced the character of Alan "The Brain" Powers. Steven became politically aware at a young age, attributing his conservatism both to the Christian values he was brought up on and his early experiences in the entertainment industry.

Once his dad sat him down, gave Steven his first paycheck, and explained what would be taken out for taxes. The top tax rate in Quebec was something like 51 percent, and Steven thought at that moment: “Oh no, that’s my money”. Steven was a C+ student who didn’t try very hard, graduated high school at 16 and attended two semesters at Champlain College in Vermont. Even during his teenage years, Steven attempted to stand up comedy. His first gig came up when he was only 15 years old, and this fact demonstrates the levels of talent he had at the time.

The job of manual labor for the "Just for Laughs" influenced Steven to pursue his career as stand up comedian. By the age of 18, he became the youngest Comedian ever to grace the audiences at “Just for Laughs”. Then he filmed in movies, for example, Two Summers, 3 Needles, The Covenant, and others. Before being scooped up by Fox News in 2009, his main stage was YouTube.

He started his YouTube channel in 2006 where he posted opinion and news videos, as well as political satire. That year he created a short video for the Conservative website Prager University where he criticized democratic socialism. He kicked off on Fox News as a representative of public opinion.

In several years Steven went from self-producing politically-charged YouTube videos to appearing regularly on Fox News and writing a semi-regular column on Foxnews.com on topics like the benefits of abstinence and his own pre-marital virginity. Not everyone agreed that Crowder’s comedy was cutting edge, or that he even qualified as a comedian. During a 2010 appearance on the Fox News show “Red Eye”, comedian Amy Schumer responded to a dig from Crowder by questioning whether he should even call himself a comedian. However, by the time he emceed the 2013 Conservative Political Action Conference (CPAC), it seemed like Crowder was on his way to becoming a mainstream conservative pundit.

But in 2013 after months of radio silence, Crowder laid into Fox News host Sean Hannity during an interview with Hot Air’s Ed Morrissey, accusing Hannity of kowtowing to liberals like Anthony Weiner and Michael Moore, while adding complaints about his difficulty negotiating a new Fox contract. It was a strange way to resurface nearly seven months after his last television appearance.

The next day, he posted a lengthy apology to Hannity on his Facebook page, with no mention of his broader Fox bashing. But it was too late. Fox News dropped him. Not being ready for a prime time didn’t mean Steven’s career was over. He had carved out a niche in a conservative subculture largely unknown to those outside the movement.

Apart from political videos on YouTube channel, Crowder was the master of ceremonies at the 2011 Conservative Political Action Conference. In October 2012 he made some parodies on Lena Dunham’s ad endorsing Barack Obama, which was marked in The American Spectator. In 2016, Crowder created a short video for the conservative website Prager University in which he criticized democratic socialism as being little to no different than the Marxist ideology itself. He liked to hold different political actions. In 2016 he made a video, where he mocked temper tantrum meltdown of Cenk Uygur, which he had at the RNC when Alex Jones showed up. Also, he dressed up as Ana Kasparian and mocked her too.

Once Steven dressed as famous painter Bob Ross, satirizing The Joy of Painting perfectly, even going as far as copying his way of speaking. He went about painting the Islamic prophet Muhammad while describing every brush stroke. Then he added in Muhammad's wife Aisha and gave her a black eye because Muhammad beat her – but only softly. In 2016 Steven decided to see what would happen when he attempted to work out at Planet Fitness as a transgender “in transition”. In all honesty, this video was humorous but took on a very serious issue, and that was the forced queerification of America that had flourished under the last years of Obama.

In 2018 Steven appeared live at Virginia Tech on February 6, 2018, where he was speaking on historical instances of socialist movements responding to oppression, then related them to present day struggle and was speaking about the ways how people can act going forward.

In 2019 Steven Crowder and Gerald Morgan Jr. watched and reviewed the Netflix documentary Knock Down the House, which won two awards at the Sundance Film Festival earlier this year before Netflix purchased it to the tune of $10 million. Steven laughed and exposed this movie, and that episode of his show became very popular.

Also, this year Crowder lined up with Andrew Yang, Democratic candidate for president 2020, on his policy about nuclear energy. Like Yang, Crowder supports the creation of new Nuclear power plants as an alternative energy source. Also, Steven many times referred to Carlos Maza as an "angry little queer", and a "gay Mexican", and mocked him with a stereotypical gay voice.

Maza said that Crowder's fans have doxxed and harassed him. So it led to YouTube’s investigations of Crowder’s videos. Steven got in a bit of trouble with YouTube, and the right-wing media was up in arms over it. For example, The Washington Post teamed up to force YouTube to take action against independent YouTubers, such as Crowder. Sam Seder and the Majority Report crew discussed it.

Crowder had a wedding in 2012. Hilary became his wife. He wrote that a wedding was something that he had looked forward to for quite some time. They were brought up in Christian families. That is why Steven and Hilary had never made sex before the wedding. Their wedding night was amazing, as he wrote. Nowadays, they have a residence, located in Dallas, Texas.

Conservative Comedian Steven Crowder was hosting his yearly “Anti-Oscars Party” on his Youtube channel when about 30 minutes into the stream, Disney and ABC which is the home of Academy Awards shut down his show which peaked at 40,000 viewers for a copyright violation. The copyright claim prevented the comedian from hosting his stream on Youtube as he now must fight the claim legally after the show.

Crowder, who has been in a long fight with Youtube despite the fact he has over 3.5 Million subscribers, has often faced legal challenges and censorship on the platform due to his content and his conservative perspective. Crowder promises to fight Disney legally as he insists his stream did not violate any copyright claims.