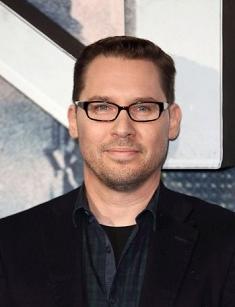 Bryan Jay Singer is an American film director, producer, and writer. Singer also founded his own production company, the Bad Hat Harry Productions, in 1994. Among the most popular Bryan's directed movies, there are Public Access (1993), X-Men (2000), and Bohemian Rhapsody (2018).

Bryan Singer was born in New York in 1965. His adoptive parents were Grace Sinden and Norbert Dave Singer. Bryan studied at the West Windsor-Plainsboro High School, and during that time he began experimenting with 8mm films and photography. After graduating from the school in 1984, Singer went to the School of Visual Arts in New York to study filmmaking and then to the USC School of Cinematic Arts in Los Angeles.

Bryan’s film career started in 1988, when he worked as a director for the short film Lion's Den together with his friends, Ethan Hawke and John Ottman. After this, Tokuma Japan Productions, the company that is interested in sponsoring low-budget films, found Bryan. He started working on the concept, which became a plot for Public Access (1993). Also that year, at the Sundance Film Festival, this movie co-won the Grand Jury Prize and shared it with Ruby in Paradise (1993).

In 1994, Bryan created his own company Bad Hat Harry Productions in honor of Steven Spielberg. Right after this, Singer directed The Usual Suspects that was demonstrated at the Cannes Film Festival in 1995. It turned out to be rather successful, and for this project actor, Kevin Spacey, won an Oscar for Best Supporting Actor. In 1998, Singer got the rights to adapt Stephen King's work, Apt Pupil. In his film adaptation appeared Brad Renfro, David Schwimmer, and Sir Ian McKellen.

In 2004, Singer was trying to get rights to direct X-Men: The Last Stand, but Fox refused and ended its production contract with Bad Hat Harry Productions because at the same time Bryan agreed to be a director for Superman Returns for Warner Bros. Superman Returns was released in summer 2006. Singer used to say that he always identified himself with the character, the Superman.

In summer 2009, Universal Pictures announced that Bryan would be a director and producer of the remake of the Battlestar Galactica of the late-1970s. Also that year, NBC announced about its partnership with Singer and Bryan Fuller and their work on the adaptation of Augusten Burroughs's novella Sellevision. However, both these projects were not done. By the way, Fuller is one of the creators of American Gods (2017-…).

In 2015, Singer's company and Same Name Productions decided to work together on a documentary with Guy Shalem. This project was supposed to explore the Israeli–Palestinian conflict through the vantage point of an Arab-Israeli activist.

In autumn 2016, it was announced that Bryan would be a director of Bohemian Rhapsody. He produced it together with Jim Beach and Graham King. In December 2017, in some news, it was reported that 20th Century Fox stopped production for a while because Singer became unavailable. A little bit later, it was explained with health issues of himself and his family. It turned out that Bryan needed to go to his family house and visit ill mother.

There were also sources which stated that Rami Malek, the main actor, and other staff were tired of Bryan’s behavior, his lateness. In December 2017, Singer was fired as director. However, he received directorial credit for Bohemian Rhapsody because Directors Guild of America has the rule that only one film director can get credit.

In 1997, three extras (14, 16 and 17 years old) accused Singer in asking to shoot a nude scene in the shower. Boys claimed that they had got emotional trauma due to this. However, the Los Angeles District Attorney's Office refused to press any charges because of lack of evidence.

In 2014, there were several lawsuits filed by attorney Jeff Herman. According to them, victims attended some of Singer’s sex parties while being underage. One of the most well-known names was Michael Egan, a model who was assaulted by Singer on Hawaii in the 1990s. Bryan’s case became the main topic in the press; it was used by lots of journalists, including Daniel Miller.

Also in 2014, the documentary film, An Open Secret, about child sexual abuse in Hollywood was released, and Bryan was mentioned there.

At the beginning of 2019, The Atlantic published an investigative report about Singer’s sexual assaults in which four men claimed that Bryan actually assaulted them when they were underage. Singer denied everything and called the journalists homophobic. As a response to this, GLAAD took Bohemian Rhapsody from the nomination in the Outstanding Film – Wide Release category. Time's Up posted on its Facebook that Singer’s case needs to be investigated seriously.

Speaking about Singer’s love life, he is bisexual, and he does not keep it as a secret. Bryan is not married, although he has one child. In January 2015, Singer and Michelle Clunie, his best friend, and actress at the same time, welcomed their son together. He was named Dashiell Julius William Clunie Singer. The pictures of Bryan’s family life can be seen on his Instagram page.

By the way, due to Bryan's last name, he is sometimes can be confused with Bryan Adams and Bryan Ferry, who can be found by the word "a singer." Another person who can also be mixed up with Bryan is Brady Singer, a baseball player.