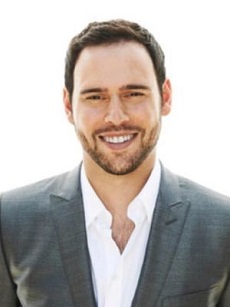 Scott Braun was born in New York in 1981. His parents, Ervin and Susan, were Conservative Jewish, and they both worked as doctors. Scott is not the only child in his family; he has four siblings: Liza, Sam, Cornelio, and Adam. By the way, Adam has founded “Pencils of Promise," a non-profit organization focused on the development of education in emerging countries.

Braun studied at the Greenwich High School, and during that time he played basketball rather successfully. When Scott was 17, his parents adopted Sam Mahanga and Cornelio Giubunda who also used to play basketball. Eventually, they became rather famous in the Greenwich High basketball team. By the way, Scott’s basketball experience allowed him to perform at The Bill Simmons Podcast in 2018 where he was speaking mostly about him upbringing around basketball.

When he was at school, Braun decided to participate in a contest for the National History Day for which he needed to film something. He made a video about Jews in Hungary and its connection to the Holocaust that lasted 10 minutes and won not only in regional and state competitions but also got the third place at the end. Someone from Scott’s family sent this work to Steven Spielberg, a film director, who helped Braun’s piece of work get into the United States Holocaust Memorial Museum.

After school, Scott attended the college at Emory University in Atlanta, but he dropped out after Jermaine Dupri had asked him to be the head of marketing at his label, So So Def.

While studying in college, Braun started organizing different types of parties. In 2002, he got the job to plan various after-parties on the Anger Management Tour of Ludacris and Eminem. At the age of 19, Scott was asked by Jermaine Dupri, the director of So So Def Records, to join his company. While working as a marketing director at So So Def, Braun was also busy in his party business.

He has organized various significant events like parties for the NBA All-Star Game in 2003 and after-parties on Britney Spears' tours. Eventually, Braun left So So Def to work on his own. All started from a huge campaign deal between Ludacris, an artist, and Pontiac, a car brand.

Braun was the person who discovered Justin Bieber. Scott saw Bieber’s video on YouTube when the guy was 12 years old. Then, Justin came to Atlanta for a trial period, and later he and his family moved to the USA from Canada. By the way, Bieber is still represented by Braun, and their relationship is very friendly. For his birthday in 2019, Scott got a framed topless photo from Justin as a gift.

Braun has a net worth of $400 million, which is not surprising since he has such a successful organization, SB Projects.

Braun worked as a producer on the documentary about Justin Bieber, which was called Never Say Never (2011). The budget of this film was $13 million and it earned much more, over $100 million. Besides, Scott also was a producer for Scorpion, a drama television series that was airing in 2014–2018.

In 2007, Braun founded an entertainment and marketing company, SB Projects. It includes Schoolboy Records, RBMG (a venture of Scott and Usher), SB Management, and Sheba Publishing. In 2016, Ariana Grande announced that Braun had been her principal manager for a while. SB Projects are also occupied in TV campaigns, branding, music-licensing contracts, and sponsoring various tours.

Braun's holding company, Ithaca Ventures, have made investments in such enormous companies as Uber, Spotify, and Editorialist. Ithaca Ventures is also a co-owner of seven big music-management firms. In summer 2019, Ithaca bought Big Machine Label Group. Taylor Swift, a former Big Machine artist who changed it for Republic Records in 2018, posted on her Twitter a message with discontent due to the Ithaca’s purchase of Taylor’s back catalog. It became a rather big conflict, but Braun was supported by most of the companies, for instance, The Carlyle Group that invested in Ithaca in 2017.

In 2013, Scooter started dating Yael Cohen, also a philanthropist and a founder of Fuck Cancer. Next year, in summer, the couple got married. Braun and his wife have three children: Jagger Joseph (born in 2015), Levi Magnus (born in 2016), and Hart Violet (born in 2018).

Braun’s younger brother, Adam, has founded “Pencils of Promise” for creating schools in developing nations. Adam got inspired when he asked an Indian kid what this child wanted, and he answered, "a pencil." Not only Scooter supports this foundation but also his artists like Justin Bieber.