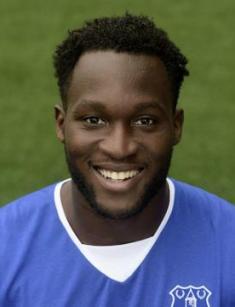 The striker of the Belgian national team and Manchester United, Romelu Lukaku, scared his peers with his body measurements and pressure at the dawn of his career, for which he was nicknamed "The Tank." The football player admitted that he pursued his goal "with anger in his heart," promising his grandfather to take care of his mother, and saying the latter that she would never cry.

Romelu Menama Lukaku and his brother Jordan were born in the family of a footballer. His father, Roger, played for various Belgian teams, and mother Adolfin worked as a cleaner. When Romelu became interested in football, his father had already completed his career. The family was very poor, they sent part of the earnings to relatives in the Republic of the Congo, sometimes there was no hot water and electricity in the house for weeks, and there was only milk and bread on the table. The school principal gave the boy a bicycle because the boy did not have enough money for the bus fare. The owners of nearby stores lent products.

When Lukaku began to attend a sports school, his father got there a position of a youth coach. Moreover, the parents allowed the sons to play the ball if he got good marks. Roger gave Romelu his boots, and the first coach bought the boy shoes to compete.

He began to play for the local youth teams. Romelu had to carry a birth certificate with him because the parents of the other peers did not believe that such a tall and strong boy chose the appropriate age category. The footballer told in an interview that such an attitude made him angry, and Romelu played in every game as if it was the last one, proving to himself that he had a strength of mind.

At the age of 11, Lukaku was included in the Lierse youth team, the oldest club in Belgium. When he was 12 years old, he had already scored 76 goals in 34 matches. At the age of 14, he went on the field as a youth player with Anderlecht, and there was a turning point in the football player's career. Romelu made a bet with the coach that he would score 25 goals in six months. If it doesn't work out, the player is going to the bench, but if he wins, the coach is going to clean the office buses and bake pancakes for the whole team.

The footballers ate pancakes a month before Christmas. Besides, Anderlecht offered Lukaku a contract and a company car for his 16th birthday, and a new house for his family. Romelu had respect for his promise, and his mother's life changed.

At first, Lukaku bought his favorite game console and hooked up cable TV to watch the final of the Belgian First Division A. He was invited to join to the Anderlecht first team, while watching one of these games. Before he graduated high school, the young striker had already played in the UEFA Europa League.

Romelu became a star in his debut season and won Belgian Golden Shoe Award as the top goal scorer and was included in the national team under coach Dick Advocaat. Chelsea, Juventus and Manchester United kept an eye on the young footballer. The Blues' approach to the negotiations turned out to be more comprehensive, and even Didier Drogba was involved in it. However, the owners considered the sum of £2 million too large for a little-known player. But, a year later, Chelsea signed Lukaku, when Roman Abramovich spent £15 million on a new striker.

Romelu's game practice was not impressive for Chelsea; for example, Drogba and Fernando Torres were better appreciated by the coaching staff. Besides, an incident with his father who was imprisoned on charges of assaulting a woman knocked the Belgian striker off balance. Lukaku Sr. fled from justice, which only aggravated the situation, and the man was eventually sentenced to hard labor. The son found the best lawyer for his father, but the relationship between the men deteriorated.

Perhaps this fact influenced the decision of Chelsea to refuse Romelu to consider the candidacy of his younger brother for the first or reserve team. Jordan is now playing for S.S. Lazio.

In 2012, Romelu joined West Bromwich Albion on loan, and then he moved to the Everton. There, the football player surprised The Toffees head coach Roberto Martínez. The fact is that the young man improved shooting a football like a man possessed, although Lukaku's left leg was a serious threat to the opponent. After 15 scored goals, he joined Everton in a permanent deal worth a fee of £28 million. Before that, the club's most expensive contract was the £15 million deal with Marouane Fellaini.

The forward lived in Liverpool until the end of the 2016-2017 season, got his first serious injury, scored his first hat-trick, set several records. Romelu's salary was then € 52 thousand per week. According to Lifebel, the player earned every month more than the president of the United States, Barack Obama, a year. Besides, Lukaku was recognized as the UEFA Europa League top scorer, surpassed the achievements of Graeme Sharp, Duncan Ferguson for scored goals, and scored Everton's fastest ever Premier League goal.

In 2017, Romelu set another English football record. For the first time, Manchester United spent £ 75 million on a player. Moreover, the club let Wayne Rooney leave and paid 15 million in add-ons. Lukaku expressed gratitude to the new employer, scoring ten goals in his first nine matches for the Red Devils.

The Everton owners later spoke of desperate attempts to keep the striker for another five years, because then the transfer fee would have been € 135 million. But Romelu listened to his mother who told him about the voodoo prediction and the soon returning to Chelsea. At the same time, Catholicism remains the main religion in the life of the football player.

Romelu's first and foremost friend and adviser is his mother. He wore an Anderlecht 10 number T-shirt in honor of her birthday. The woman dissuaded her son from extending the contract with Everton, despite the salary of £130 thousand per week. Adolfin is actually the manager of Lukaku, although the athlete collaborates with the Roc Nation Sports agency, owned by the musician Jay-Z.

The footballer's girlfriend is Julia Vandenweghe. The couple's photos rarely leak into the press; the striker's Instagram is dedicated only to football. In the summer of 2017, the followers thought that the page of their favorite athlete was hacked or it was a fake. People did not believe that Lukaku would troll Cristiano Ronaldo, writing that Messi was better than the Portuguese player.

Julia worked as a travel agent but became Romelu's assistant at his request. Lukaku also graduated with a tourism and PR degree; besides, he speaks six foreign languages.

Manchester United pays attention to charity, and Romelu is no exception. The striker participates in the campaigns when disabled children are invited to the club, and players conduct a tour and masterclasses.

At the 2018 FIFA World Cup, the striker of the Belgian national team competed with Cristiano Ronaldo for the top goalscorer title. But according to head coach Roberto Martínez, Romelu's aim was not to become the top scorer of the tournament but to help the team win the world championship. The Belgian national team defeated Panama and Tunisia, while the forward scored a double in each game, thereby repeating the achievement of Diego Maradona and Gary Lineker at the 1986 World Cup.

In June 2018, Lukaku became Belgium's all-time leading scorer, having scored a goal against Egypt. He has scored 40 goals. They could have been more if FIFA had not refused to officially recognize Romelu's hat-trick in a friendly match against Luxembourg in 2014. That day, the former Belgian head coach, Marc Wilmots, violated the rules, making seven substitutions during the game instead of the permitted six.

Romelu Lukaku has an estimated net worth of £15 million.