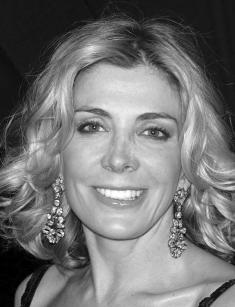 American actress Natasha Richardson was a member of the great Redgrave family, whose representatives have always been connected with the world of cinema. She began her acting career at the age of four, playing in the film of her now deceased father.

On May 11, 1963, a girl was born to Oscar winner and director Tony Richardson and his wife, actress Vanessa Redgrave, and was named after the main heroine of Leo Tolstoy’s novel War and Peace, Natasha. The family lived in the rainy and foggy city of London. When Natasha was four years old, her parents divorced. Soon, Richardson made her screen debut. She played a bit part in her father’s film The Charge of the Light Brigade.

The actress studied at the Central School of Speech and Drama, after which she played at Leeds Grand Theatre. Natasha’s first professional work was the role of Nina in Anton Chekhov's The Seagull. In 1985, the young talented actress, her mother, Vanessa Redgrave, and aunt, actress Lynn Redgrave, played in another Chekhov’s play Three Sisters. Viewers highly appreciated the production. The following year, Natasha won the London Drama Critics' Circle award as most promising newcomer.

Natasha made her feature film debut in 1986, when Ken Russell's horror film Gothic was released, in which she played Mary Shelley, the English writer, the author of the famous novel about Frankenstein, the wife of the romantic poet, Percy Shelley. In 1993, the actress played a leading role in the remake of Suddenly Last Summer.

It is worth noting that Richardson coped well with the roles of dignified and vibrant country inhabitants of England in the psychological drama A Month in the Country (1987), in which her partners on the set were young Colin Firth and Kenneth Branagh, and John Irwin's comedy Widows' Peak (1993).

In 1988, the actress's filmography included a role in Paul Schrader’s biographical film Patty Hearst. In the film, Richardson played the daughter of newspaper magnate Hearst, who was kidnapped by terrorists in the 1970s. Natasha continued a series of serious drama movies in 1989 when Volker Schlöndorff’s film The Handmaid's Tale was released.

In 1991, Richardson starred in the film Past Midnight, in which talented Rutger Hauer became her partner. It is known that famous Quentin Tarantino played a hand in the creation of the script for this film. In 1998, the American drama The Parent Trap was released, in which Natasha got the role of a charming mother.

In Alan Rickman’s famous film Blow Dry (2000), Richardson played the owner of a beauty salon trying to win the Hairdressing Competition. The top-grossing romantic comedy Maid in Manhattan (2002), in which the actress’s partners were Ralph Fiennes and Jennifer Lopez, also won the hearts of viewers. The mid-2000s was marked with three prominent movies: The White Countess, Asylum, and Evening.

Natasha Richardson was sometimes confused with Emma Thompson, and some people even though that it was Natasha who played in the film Love Actually.

Throughout her career, the media representatives spread rumors about Natasha’s love affairs with her colleagues. However, the paparazzi did not have any compromising photos, so it was just gossip. In 1989, the actress began dating English producer Robert Fox. Their relationship moved fast, and in 1990, the lovers already celebrated the wedding. The happy family life did not last long because their inflamed feelings began to fade soon.

Due to their busy working schedule, the spouses did not have the opportunity to spend a lot of time together, and they could only dream of romantic dinners and weekends. It should be mentioned that it was Robert who dreamt of it. In 1991, during the production of Eugene O'Neill's play Anna Christie, rumors appeared that Natasha had a love affair with her partner, Liam Neeson.

From the very beginning, people started rumors in New York City that married Richardson behaved in a frivolous manner. Everyone was surprised, except for the producer. He knew that the actress had agreed to play in the production, provided that her partner would be Neeson. Robert Fox, who for a long time denied the possible betrayal, flew to New York City after the premiere. A lawyer met Fox at the airport and said that his client had filed for divorce and did not want to meet her ex-husband. So, they ended the marriage, which was considered the union of the two most significant theatrical dynasties. The divorce was officially finalized in 1992. The couple did not have children.

In 1993, Liam went to the shooting of Steven Spielberg’s Schindler's List. Natasha wrote and called her lover several times a day like a fiend. She understood that such behavior could frighten away Neeson, but the overwhelming feeling came over the actress and dictated their own rules. The only fact that soon they were to work together in Michael Apted’s film Nell comforted the woman.

On the first shooting day, Liam presented Natasha an engagement ring. The lovers married in 1994. At the wedding, held in Northern Ireland, Richardson struck her husband with her singing talent, performing her own song at the party after the celebration. Subsequently, Neeson learned that Richardson had secretly attended singing lessons for a couple of months.

They lived happily until the death of the actress. In this marriage, Liam and Natasha had two sons: Micheál Richard Antonio Neeson (June 22, 1995) and Daniel Jack Neeson (August 27, 1996). Subsequently, Liam gave a lot of interviews telling warmly about their beautiful and tragic love story.

In 2009, the news about the untimely death of the 45-year-old actress appeared in the world's top print media. Fans and relatives of Richardson could not recover from the shock of loss. It turned out that this absurd death could have been avoided.

In March 2009, Natasha went to the Mont Tremblant Ski Resort in Quebec. There, she sustained a head injury climbing down the mountain, but she thought that it was insignificant. The representatives of the resort offered her to go to a hospital to make sure that everything was alright, but the actress refused.

After a few hours, she began getting ill and soon fell into a coma. The leading actress of the movie The Parent Trap was flown to Sacre Coeur Hospital. Two days later, doctors diagnosed brain death. Natasha's family decided to disconnect her from a life support apparatus and also agreed to organ donation.

An autopsy showed that Natasha Richardson's cause of death was a brain hemorrhage caused by epidural hematoma. According to experts, the woman would not have died if Natasha had sought medical advice on time.

Natasha Richardson had a net worth of $15 million at the time of her death.

Richardson was buried in a small Hudson Valley town, located 130 kilometers north of New York City, next to her grandmother who died in 2003. In addition to the mother, husband, younger sister Joely Richardson and the actress’s children: 12-year-old Daniel and 13-year-old Micheál, such celebrities as Ralph Fiennes, Alan Rickman, Laura Linney, Uma Thurman, and Timothy Dalton attended the funeral ceremony.