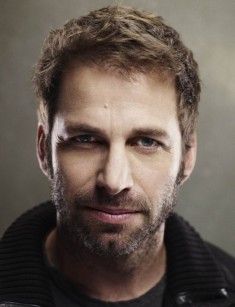 Director and video maker Zack SnyderZack Snyder is a famous American movie director and producer who is known to the fans all over the world as a creator of famous fantastic fighters based on the characters of DC comics. He worked on the following blockbusters - Man of Steel, Batman v Superman: Dawn of Justice, Suicide Squad, Wonder Woman and partly on the picture Justice League.

However, the DC movie Universe is not the only source of Snyder’s popularity. The director became world popular after such films as 300, Sucker Punch, Dawn of the Dead and the movie Watchmen based on the comic book written by Alan Moore.

Zack Snyder was born on the 1st of March, 1966 in the United States in Green Bay. Zack has acquired the strong interest in fine things from his mother, Marsha. She was an artist and taught the basics of Photography. His father Charles Edward worked as an executive recruiter. Also, in his family grew up his elder sister - Audrey.

The future director spent his childhood attending the School of Arts what has helped him to get the art education in England in future.

Being a boy, he fell in love with a fantasy. The famous saga Star Wars directed by George Lucas has contributed to his interest. His parents have noticed their son’s attention and once they gave him a camera as a present. With the help of this camera, Snyder has made his first shots.

Zack Snyder dedicated his early сareer to the advertising. He shot the videos for world famous car brands and sportswear in which he demonstrated his talent as a scriptwriter and director. One of his main achievements in this branch was the award Clio and Golden Lion at Cannes Film Festival for his video for Jeep company. Snyder had a very serious attitude towards the advertising. That’s why he involved the stars with world-famous names as Michael Jordan, Harrison Ford, and others in the shootings of his videos. Moreover, the director tried himself as a video maker.

In 2002 Columbia Pictures suggested the contract to the director. He concluded it, however sometime later he canceled it as understood that his views were different from the company's and they didn't give him a possibility to develop fully.

He had his first debut in the big cinema in 2004. It was the remake of the Dawn of the Dead which aroused controversial discussions among the critics and the splash among ordinary cinematic admirers. The movie managed to collect a huge money box. But it was 300 which became the most significant movie in the director’s career. This movie has brought world recognition to Snyder. Due to this project, the director received an opportunity to realize everything that he wanted and had thought up earlier.

Watchmen – the movie which came out after the picture 300 hasn’t managed to repeat the previous success. It was based on the cult comics book written by Alan Moore. Despite the status in the world of comics and clarity of the plot, this movie turned out to be too difficult for perception and gloomy to attract the mass viewer to the screen adaptation.

In 2011 Zack Snyder appeared as a producer, director, and scriptwriter of the new famous movie Sucker Punch. This movie is a mixture of thriller, fantasy, and fighter elements. This movie tells about the girl who was taken to the mental hospital so that other people could deprive her of the property left by her mother. To make up with such destiny, the leading character imagines the fictional world which is inhabited by the Samurai, bandits, and dancers. After a while, the fictional world becomes to be mixed up with the reality.

The year 2013 brought a new project to the director. It was a comics book fighter Man of Steel which tells about the formation of the well-known superhero Superman. The picture which is based on the plot of famous DC Comics has gained world popularity. Besides, this picture became the beginning of the DC film universe which later included the solo movies about superheroes and crossovers about superheroic teams.

Zack Snyder has contributed to the movies united in this film universe. Even when he wasn't a director, then he was a producer or a scriptwriter of the picture.

In 2014 Zack Snyder became the producer of the fighter 300: Rise of an Empire, the spin-off of the film 300 which brought popularity to Snyder. This movie tells about the unsuccessful capture of Greece by Persian tsar Xerxes’s flotilia (Rodrigo Santoro). The Spartan Themistocles (Sullivan Stapleton) manages to gain the army and to resist the army led by Artemisia (Eva Green).

In 2016 there was released the movie directed by Zack Snyder – Batman v Superman: Dawn of Justice – a new film of the expanded DC film universe. In this picture, the director dared to combine the stories of the superheroes from different comics – Batman, Superman, Wonder Woman who were performed with Ben Affleck, Henry Cavill and Gal Gadot.

By the words of Zack Snyder, he has made challenge first of all for himself. The director had made serious preparations before the shootings even though he was not a beginner in work with special effects. Zack has realized serious work on the storyboard to, and all the participants of the movie-making process strictly followed it.

The major conflict of the picture received negative feedback, and the critics noticed the frequent lack of characters’ motivation. The movie won Golden Raspberry anti-awards what didn't prevent it from entering the list of the high-grossing films of all times. The creators of the movie earned $870 million for its hire.

Moreover, in 2016 Snyder appeared as an executive producer of the comedy fighter Suicide Squad. At the same time, the director began to work on the superheroic fighter Justice League which later paid back the budget twice in a hire. And in 2017 the director appeared as a scriptwriter in the superheroic movie Wonder Woman. Both works were included into the DC film universe.

Later Zack Snyder's group took part in the creation of the book for the set of Justice League: The Official Collector’s Edition. The collection has included the interviews and quotes of the actors and other team members. The significant part of people was grateful to Zack Snyder for his work. And Ezra Miller who performed the role of Flash in Justice League called the director the "god of DC Universe."

Zack Snyder’s first marriage wasn’t successful through the spouses became the parents of four children. Two children were born in their family, and the other two were adopted.

For some time after the divorce with his first wife Denise Weber the director didn't dare to create a new family. During some period, Zack had relations with the producer of commercials Kirsten Elin who gave birth to his two sons.

It continued in such a way until the director met his colleague Deborah. Together they worked on the movies 300 and Watchmen. They met each other in 1996. After eight years of the testament of the feelings, Snyder, at last, decided to conclude one more marriage which looks happy. Zack Snyder is a father who has many children. With his second wife, Zack adopted two children during the shooting process of Man of Steel. The photos of the happy family from time to time appear in mass media.

The spouses learned to combine their work with personal life and to find common language both on the movie set and at home. At present the family lives in the Californian city - Pasadena where in youth Zack Snyder received art education. This town is famous for its mountain views and an annual rose parade which is held during the New year’s celebration days.

In 2017 Zack Snyder began his work on the fantastic fighter Justice League which action is developed in DC film universe. This film is a sequel and crossover of the previous Snyder’s movies about the Superman, Batman and Wonder Woman. But, when the shootings of the Justice League were at the final stage, the director unexpectedly refused to work on this project further. Joss Whedon replaced Zack Snyder on his position.

Soon it became clear that Zack Snyder stopped his work on the movie because of his tragedy: his adopted daughter from the first marriage died. The 20-year-old Autumn, who was Chinese, committed suicide in March 2017. At first, after the death of his daughter, Zack Snyder tried to pull himself together and tried to be absorbed in work. But, later, he became aware of the fact that this couldn't help him and took a break for some time. Deborah Snyder who was a producer of this movie also left the project.

Till that moment the director’s family was kept in secret from the admirers. After Snyder had left the film crew of Justice League the press learned about his loss. His fans and colleagues paid condolences and tried to encourage the director in the social networks – on Instagram, Twitter and personally if it was possible.

However, the break in the director’s creative career turned out to be rather short. Soon Zack Snyder began to work on the new the comics fighter Aquaman as a director. The action of this movie is developed in the universe created by DC comics publishing house. The film tells a story about one more popular superhero Aquaman, a half atlas, and master of the seas. The spectators already saw this character in Justice League. The premiere of this movie is set for the end of 2018. Jason Momoa, Amber Heard, Dolph Lundgren and Nicole Kidman will perform in the leading roles.

At present Zack Snyder is engaged in the producing but he also continues to enrich his director's filmography. He leads the shooting process of the sequel Wonder Woman and two other movies on DC comics. Together with his wife Snyder will produce the film telling about the post-apocalyptic superhero Cobalt 60 where Zack will also be a director. 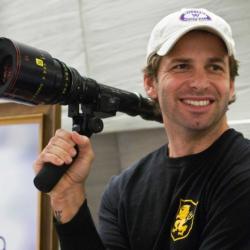