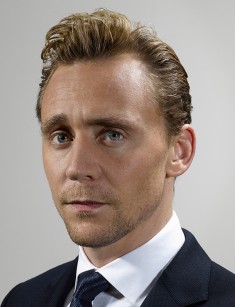 Thomas William Hiddleston was born on February 9, 1981, in Westminster, in the suburbs of London (Great Britain). Tom is one of three children. His father has his own pharmaceutical company. His mother is a housewife. She fully devoted herself to raising children. The father left the family when the boy was 13 years old, but despite this, Tom had only the warmest memories of his childhood.

On Wednesdays, the family had home plays. Then Tom began to attend a drama club. And even in his student years, he didn’t leave it (performance "A Streetcar Named Desire"). After graduation, he entered Eton college and then The University of Cambridge. After receiving a classical education he decided to become an actor and entered the Royal Academy of Dramatic Art. He graduated from the university when he was 24 years old.

In his first year, Tom Hiddleston begins to actively star in films. His first serious work was the role in the movie "The Life and Adventures of Nicholas Nickleby" in 2001. Then he starred in the series "The Admiral".

After graduation, he takes part in theatrical productions. For one of the main roles, Mr. John Plumptre in the play "Miss Austen Regrets," the actor received the "Best New Face" award at the prestigious Lawrence Olivier Award. Hiddleston was noticed by the director Kenneth Branagh. The road to Hollywood was opened – Hiddleston was invited to star in the series "Wallander" (2008) along with Kenneth Branagh.

In 2011, Tom Hiddleston signed a contract with the company "Marvel Studios" for two films, and in the same year, Kenneth Branagh's Thor was released. In this film adaptation, Hiddleston played the role of Loki, who brought him world fame. On the set of the film, the rising star worked along with the famous Australian actor Chris Hemsworth (the role of Thor) and Natalie Portman (Jane Foster). The plot of the film tells of the fantastic adventures of the warrior Thor, who was sent from the kingdom of the gods "Asgard" to Earth. On Earth, he has no his divine power. And he has to fight against the dark forces like a simple man.

In the same year, another successful American-Spanish film with Tom Hiddleston"Midnight in Paris" was released. This is a romantic story about the journey of two lovers into the past, which shows the viewer the atmosphere of Paris in the early twentieth century. The film was shot by the master of American cinema - directed Woody Allen.

In 2012, there was a continuation of the adventures of Thor "Avengers". The audience again saw the legendary Loki. Hiddleston received the MTV Movie Awards in the nominations "Best villain" and "Best fight". In the film, he starred along with Robert Downey Jr., Scarlett Johansson, Samuel L. Jackson, Chris Evans. This film entered the top five grossing films in history (over $ 1.5 billion) and set a record at the box office of the debut weekend ($ 204.7 million).

In December 2013, the audience saw the film "Only Lovers Left Alive". Tom Hiddleston played the role of an underground musician, the vampire Adam, who lives with his girlfriend Eva (Tilda Swinton) in Detroit. They are already a thousand years old, they didn’t kill people for a long time "for the sake of blood". But one day the sister of Eva (Mia Wasikowska) comes to the city, and a series of deaths begin.

After the release of the Avengers, Kevin Feige, the president of Marvel, said in April 2011, that there will be new adventures of Thor. And on November 8, 2013, the film "Thor: The Dark World" was released. The film was shot by the director Alan Taylor, known for such films as "The Sopranos", "Mad Men", "Sex in the City" and "The Game of Thrones". "Thor 2" is a sequel and the eighth film of "Marvel". Tom Hiddleston again appeared in the role of Loki. He starred along with Chris Hemsworth and Natalie Portman. The film tells about the heroic confrontation of the evil warrior, named after the Scandinavian god Thor.

Another bright film in the filmography of Tom Hiddleston is"Crimson Peak". It is a mixture of melodrama and horror from by Guillermo del Toro. It was released in 2015. In 2016, "Crimson Peak" won the "Saturn" award in three categories, one of which was "Best Horror Film". The plot of the picture unfolds in England, at the beginning of the last century. The Baronet, Sir Thomas Sharp (Tom Hiddleston) brings his young wife Edith (Mia Wasikowska) to her family estate "Crimson Peak." The fabulous atmosphere of the film is filled with very "living" scenes of cruelty. An ancient castle with supernatural power, with red clay walls, bloody ghosts, grave cold, strange sounds - a truly terrible film with a happy ending.

One of the last memorable works of Tom Hiddleston was the main role in the miniseries "The Night Manager". The film won Emmy in 2016 for best directing and won three Golden Globe awards in 2017, one of which was in the Best Actor nomination (Tom Hiddleston). In the series, he played in a duet with Hugh Laurie ("Doctor House").

The film tells about the former soldier Jonathan Pine who works on the British intelligence. The hero, magnificently played by Tom Hiddleston, skillfully works for two intelligence services - American and English, who sent him to the arms trade syndicate. There is also a love story of Tom and the girl Jed (Elizabeth Debicki).

The charismatic actor Tom Hiddleston has a lot of fans. He is also compared to the appearance of another popular actor Jared Leto.

He tries to hide his private life carefully. However, sometimes there appeared an information about his relations.

At the end of 2011, the media reported that Tom Hiddleston married the actress Susannah Fielding. According to the ex-lovers, there was no wedding.

On the set of the film "I saw the light", Tom met the young actress Elizabeth Olsen. Soon they were often seen together, despite the fact that both denied rumors of their romantic relationship.

According to the journalists, Hiddleston had relations with Jessica Chastain and Scarlett Johansson, who also starred with him in the films "Crimson Peak" and "The Avengers". Also, the press discussed possible romantic relationships with the music producer Jane Artie.

In July 2016, Tom Hiddleston confirmed rumors that he has a relationship with Taylor Swift, an American country singer and one of America's most popular singers. The young girl is the owner of a huge number of awards and beautiful appearance. In 2011, Taylor was on the 20th place in the list of the sexiest women in the world according to the "Maxim" magazine, and in 2016, she won the first place among the highest paid singers.

Hiddleston and Swift met at the Met Gala costume institute ball. In June, their joint photos from Rhode Island appeared. But already in September, it was announced that their stormy relations had come to an end. Some people say that their love story is nothing more than a PR (there are too many candid photos for a very reserved British) but the actor denies it.

Now the press cannot say whether the actor has relations with someone or not. Crazy success and the number of new roles show that the actor simply has no time. 36-year-old Tom Hiddleston has no children.

Tom Hiddleston supported the campaign of the popular British actress and the star of "Harry Potter" Emma Watson. As you know, the actress is a UN Goodwill Ambassador. Emma actively advocates for women's rights throughout the world. She asked on her Twitter to support her in a campaign designed to fight for equality between women and men:

"We all want to end gender inequality but in order to do this, we need the support of everyone ... We want to try to attract as many guys and men as possible. We're not going to just talk about it. "

Famous actors, including Tom Hiddleston, also published their photos with a white sheet of paper on which they wrote the words supporting the action of Ambassador Emma Watson.

"I'm so proud of Emma Watson - she turned from a little girl with whom I grew up into an inspirational woman. I'm with you,"– wrote Tom Hiddleston in his microblogging.

In 2017, the British actor Tom Hiddleston played another star role. In March, there was a release of the Hollywood film about the cult hero King Kong. In the film "Kong: Skull Island" he played Captain James Conrad - an officer, a veteran, a tracker in the jungle and part-time adventurer.

Also now, Tom Hiddleston stars in the film "Avengers: Infinity War", which will be in 2018. The nineteenth film of "Marvel" invited such actors as Benedict Cumberbatch and Vin Diesel. The Avengers will join forces with the Guardians of the Galaxy and will fight against Thanos. 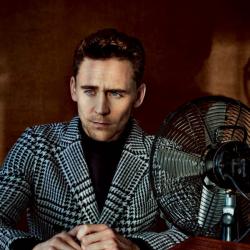