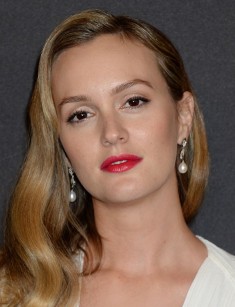 Leighton Meester is an American model, actress, songwriter and singer, known for her role in the teen television series Gossip Girl.

The story of Leighton Meester’s birth cannot be called happy. Leighton’s parents, Constance and Douglas, were of Dutch descent and had a shady past. Both were drug traffickers and went to jail for marijuana smuggling. While waiting for the trial, the young couple was released on bail. When they came to trial, Constance was already pregnant with a girl. Despite this fact, the young woman was sentenced to ten years in prison, so she spent the pregnancy in jail in Texas.

Leighton Marissa Meester was born in a hospital in Fort Worth, Texas, and spent three months with her mother in a halfway house. After this, the young mother returned to prison. The grandmother and aunt, the mother's sister, cared for Leighton in Florida.

Constance Meester was released on parole 16 months later, and she returned to her little daughter. The girl went to an ordinary school, and at the age of eleven, she could participate in the play The Wizard of Oz. After a successful debut on the school scene, Leighton decided to become an actress.

In 1997, the whole family moved to New York City, where Leighton had a chance to work with a modeling agency. The girl attended the Professional Children's School there. Later, about a hundred of its graduates became famous actresses and actors. In Big Apple, Leighton was lucky because she participated in the photo shoot for glossy magazines and worked with the renowned photographer and director, Sofia Coppola. Three years later the Meesters moved to Los Angeles, where Leighton attended Hollywood and Beverly Hills High Schools.

Leighton has two brothers. Her elder brother Douglas was involved in an unpleasant story connected with rape. Younger brother Lex is sick, and his mother cares for him. The sister regularly pays them $ 7,500. In 2011, it became known that Leighton filed a lawsuit against Connie over Meester's financial support because it turned out that the mother was spending the money on herself.

In 1999, Leighton made her movie debut in the series Law & Order. In 2003, the horror film Hangman's Curse was released in the country, and Meester got one of the title roles.

From 2003 to 2007, the girl participated in fifteen projects, including an episode in the series House and title roles in the movies Flourish, Surface and Drive Thru. Leighton also wrote a soundtrack to the last film. In 2008, the thriller Killer Movie was released, and in 2010 Date Night, where actress’s partners were Tina Fey, Mark Wahlberg and Steve Carell.

However, it was not a photo shoot or full-screen movies that brought her real fame. Leighton Meester is mainly known as a series actress. The TV series Gossip Girl became significant for the girl. She played one of the leading roles of Blair Waldorf from 2007 to 2012. The actress made good friends with her colleagues, Ed Westwick, Blake Lively, and Sebastian Stan.

While shooting in the series and after it, Leighton Meister's filmography included Remember the Daze, That's My Boy, The Judge, Country Strong. She worked with Adam Sandler, Robert Downey Jr., Hugh Laurie, and other celebrities.

Layton is a gifted and amazingly talented person who manages to appear in films, participate in commercials and photo shoots, write songs and sing.

In 2009, the girl, together with the band Cobra Starship shot the video for the song "Good Girls Go Bad," and then started to record the first album which contained 'electropop' music. During the following years, several songs were released, including a soundtrack to the film Country Strong.

Meester gives concerts and continues to participate in the advertising companies of fashion brands, including Sunsilk, Reebok, Herbal Essences. She took part in the Missoni fashion show, and Vera Wang selected her to be the face of the fragrance Lovestruck.

Leighton Meester tries to hide the details of her personal life, but they leak on the Internet through interviews, actress's Instagram account, and other sources. So, one day the girl confessed that she had first dated a guy when she was eighteen years old.

While filming in Gossip Girl, Meester had a love affair with Sebastian Stan, but two years later the couple broke up. Leighton’s next boyfriend was actor Garrett Hedlund, her colleague in the film Country Strong, but they dated for less than a month. In 2012, there was information that Leighton Meester had relationships with Aaron Himelstein, but one year later they separated.

The actress met Adam Brody on the set of the film Life Partners in 2013, and a year later the couple married in a private ceremony. Only the family and friends of the young people knew about the wedding. On August 4, 2015, the couple welcomed a daughter, Arlo Day Brody.

Actress and model Leighton Meester did not give up the career after the birth of her daughter. Five or six months later the woman already appeared at formal banquets and events in 2015 and 2016.

She continues to shoot in advertising and appear on television. So, in 2017, the first season of the series Making History about time journey was released, and beautiful Leighton became its cast member. 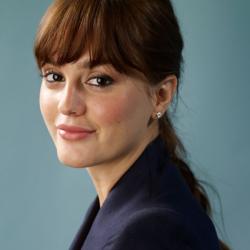