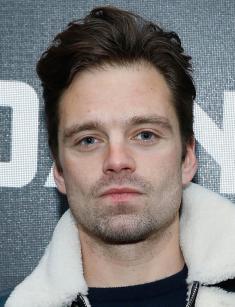 Sebastian Stan was born on August 13, 1982, in the Romanian city of Constanța. When the future Hollywood star was barely eight years old, the actor's mother, who is a professional pianist, was invited to work in Vienna. So Stan was in Austria, where he lived for four years.

After his mother got married for the second time (at that time the actor was 12 years old), the whole family, including the stepfather of Sebastian, moved to the United States. It is known that the stepfather of the star of the series of films about the Avengers worked as a principal of a private school, located in Rockland (New York) in which Stan studied for a couple of years.

It is worth noting that Sebastian quickly settled in the new place, becoming a star of the school Amateur theater. Here the talented guy played in the production of Cyrano de Bergerac (the staging of Edmond Rostand's play), as well as performances of Harvey, West Side Story, and Little Shop of Horrors.

In an interview with the media, Sebastian Stan often recalled the acting classes in a specialized theater camp for gifted children, where his parents sent the young actor every year.

Going on stage, Stan gave his best performance. The young man did this in order to hear the applause of the teaching staff at the end of classes. Even in those years, Sebastian dreamed of fame and universal recognition.

After receiving a high school diploma, the hardworking guy carefully studied the programs of several higher educational institutions. In the end, the future actor chose to enroll at Rutgers University's Mason Gross School of the Arts, located in New Brunswick, New Jersey.

Having received a bachelor's degree in 2005, the aspiring actor went on a one-year internship in London – to the famous creation of William Shakespeare, the Globe Theatre.

The first movies of Stan were Georgia Lee's independent film Red Doors, and Roger Paradiso's comedy film Tony n' Tina's Wedding. Mila Kunis starred in these films together with Sebastian Stan. They did not bring the actor popularity but taught Sebastian to interact with partners on the set.

The next works in the film industry were the movie The Education of Charlie Banks starring Jesse Eisenberg, The Architect, and the horror movie directed by Renny Harlin that failed at the box office, The Covenant (on the set of the horror film, Sebastian worked together with Taylor Kitsch and Chace Crawford).

Having made his television debut as a victim in the series Law & Order, in 2007, Stan got a part in the teenage television series Gossip Girl. However, Sebastian Stan's character, a guy named Carter Baizen, only appears in two episodes of the first series and six episodes of the third season.

In the year 2009, television drama series Kings aired on NBC channel, in which Ian McShane played the leading role (as Silas Benjamin, King of Gilboa), and it was Sebastian who portrayed his gay son. Despite the explosive mixture of the Shakespearean atmosphere with modern reality, this fantasy show did not find a response in the hearts of the audience and the producers decided to shut it down after the end of the first season.

The psychological horror film Black Swan, which tells the story of a gifted ballerina who lives with the split personality, released on the big screen in 2010, once again proved how talented Natalie Portman is, and what an extraordinary man Darren Aronofsky is. Closer to the end of the motion picture, Nina (Natalie Portman) and her rival Lily (played by Mila Kunis) find themselves in a night club, where two young girls meet handsome guys. Stan portrayed one of the guys, whom both ballerinas were attracted to.

This is especially true of the third part of the franchise, on which the creators spent the budget of $250 million, and earned $1,151 billion, which is $280 million more than its rival film, Batman v Superman: Dawn of Justice (the movies came out almost at the same time).

In August 2012, the world premiere of the film The Apparition took place. The film, which starred familiar to the audience Tom Felton (the star of the Harry Potter movies) and Ashley Greene (starred in Twilight), failed at the box office worldwide with a budget of $17 million and grossed only $9 million.

In the same year the role of Mad Hatter, which Stan played in the fantasy television series Once Upon a Time, was added to the talented actor's filmography. Despite being busy filming the Marvel project, in 2015, Stan starred in Ridley Scott's science fiction film The Martian, and the comedy-drama film starring Meryl Streep, Ricki and the Flash.

The personal life of the charismatic actor has always interested both fans and paparazzi. In 2008, Sebastian Stan began dating his colleague on the Gossip Girl series, actress Leighton Meester.

After two years, the couple broke up, and Sebastian found comfort in the arms of Ashley Greene, and a couple of months later he was going out with Dianna Agron. Then the next "victim" of Sebastian Stan was Jennifer Morrison, with whom Sebastian worked together on the set of Once Upon A Time.

However, this relationship did not lead to a wedding either. In 2013, each of the lovers went his own way, and the next year the actor presented his new girlfriend to journalists. It was Margarita Levieva, who played a villain-terrorist in the high-rated series The Blacklist.

Sebastian Stan has a net worth of $4 million. In January 2017, began the shooting of the science fiction film by Russo brothers, Avengers: Infinity War, which premiered in 2018. Besides Sebastian, the film stars Robert Downey Jr., Scarlett Johansson, Chris Hemsworth, and Benedict Cumberbatch.

In August of 2017, the comedy film directed by Steven Soderbergh, Logan Lucky, was released. Stan worked on this film together with Channing Tatum, Adam Driver, Seth MacFarlane, Daniel Craig, and Katie Holmes. The film tells the story of two brothers who want to organize a robbery in North Carolina, where NASCAR race takes place.

In the same year, the motion pictures I'm Not Here, and We Have Always Lived in the Castle saw the light of day. The first one tells the story of a man who, standing on the threshold of death, tries to rewrite his dark past and atone for his sins before going to the other world.

In the center of the plot of the second motion picture is Blackwood family, the members of which, two sisters and their sick, elderly uncle, voluntary live in isolation after they had lost all relatives at once because of the absurd arsenic poisoning.

After the tragedy, the girls abandoned the city society, choosing a recluse lifestyle within the walls of their native castle over a fun pastime. This behavior was the cause of the spread of the rumor among the citizens that the inhabitants of the castle were somehow involved in the death of their relatives.

Among other things, in early October of 2017, Sebastian, along with colleagues on the set Margot Robbie, Paul Walter Hauser, and Director Craig Gillespie visited The Hamptons International Film Festival (HIFF).

And their film I, Tonya was presented at the event. The premiere of the film I, Tonya, took place in late 2017.

The plot of the drama film is based on the biography of American figure skater Tonya Harding (Margot Robbie), whose career came under a threat. Her ex-husband (Sebastian Stan) staged an attack on the rival of the ex-wife so that she could not perform at the Winter Olympics in Lillehammer, Norway.

It is also known that Sebastian along with Anthony Mackie, Hayley Atwell, Chris Evans, and Tom Holland was among the guests at the Ace Comic Con Arizona, which was held from 13 to 15 January 2018.

Despite the tight work schedule, famous Sebastian Stan who is 6 feet tall, masterfully combines work in the film industry with photo shoots for magazines and shooting for advertising campaigns for worldwide known brands. Thus, in September 2017, the talented actor starred in an advertisement for the German brand Hugo Boss, and in October he appeared on the pages of the Los Angeles Times newspaper. Anyone who goes on Twitter or Instagram of Stan can see the pictures taken in the process of shooting.

At present, Sebastian Stan has a net worth of $4 million.