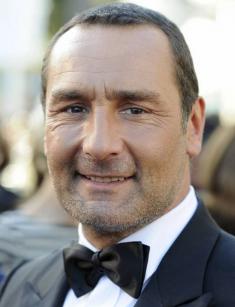 Gilles Lellouche became famous for his brilliant portrayal of various roles. The actor has played in thrillers and melodramas perfectly as well as in comedies and action movies. He improved his acting skills in the famous private French drama school created in the 1960s by his compatriot François Florent.

The renowned director, Guillaume Canet noticed the graduate of the famous school Canet. They gave the world several films that became classics of world cinema. Gilles Lellouche became known as a director who shot excellent movies, appreciated by the master of cinema, Luc Besson.

The future star of the world cinema was born in the height of the summer of 1972 in Savigny-sur-Orge, a cozy town in the département of Essonne. At the time of his birth, the family also had a son, Philippe. The boys subsequently chose an acting career. Their mother had Irish ancestry, and the father was of Algerian and Jewish descent.

The parents had only an indirect bearing upon art. The mother who was Catholic and a housewife loved movies. She instilled in the boys the love for this kind of art. In the evening, the woman sat with the children in front of the TV and enjoyed the action on the screen.

The hobbies of Lellouche’s mother were not limited to the cinematography. She loved reading and knew the history of fine arts perfectly, telling her sons fascinating stories about famous artists. It was probably the reason that Gilles and Philippe developed imagination and writing talent because they both write screenplays for films.

The father, who worked as a bricklayer, a jeweler, and an accountant, was also known as a creative person and willingly supported the children’s love for the art and the intangible benefit. Therefore, he understood the desire of the sons to devote their lives to the cinema.

After graduation, Gilles Lellouche went to the heart of France, Paris, and enrolled in Cours Florent. The talented young man passed the exams easily, left a lasting impression on the examiners.

The private French Drama school has become famous for its eminent graduates, who have written their name in the history of world cinema. The list of outstanding actors includes brilliant Isabelle Adjani, Eva Green, Olivier Gourmet, Sophie Marceau, Audrey Tautou, and Mylène Farmer. Over time, Lellouche’s name also appeared on this triumphal list, when he won the award at the Cannes Film Festival and received three César nominations.

The actor's filmography includes dozens of films, and the most famous movies are Little White Lies, Point Blank, The Players, and Mesrine. It is noteworthy that these movies belong to different genres such as drama, action film, comedy, and thriller. Gilles Lellouche’s diverse roles have proved his talent because he can play any role brilliantly.

The aspiring actor made his debut at the beginning of the 2000s in the comedy-drama My Wife Is an Actress, where he was lucky to see Charlotte Gainsbourg’s acting. But if in the first film, Lellouche got a minor role, then in the action movie Love Me If You Dare, he played the leading role together with Marion Cotillard.

In the crime drama Anthony Zimmer, Gilles Lellouche appeared together with Sophie Marceau. The film premiered in spring 2005 and was warmly received by viewers. In 2006, the actor began working with another graduate of Cours Florent, Guillaume Canet. He cast Lellouche in his detective drama Tell No One. The film made the young director and the entire cast famous. It won the Lumières and César Awards.

Later, Canet invited Lellouche to play in 3 more films such as the comedies Whatever You Say, Rock'n Roll and the comedy-drama Little White Lies, where Gilles appeared with Marion Cotillard and François Cluzet. For his work in the last film, the actor won the Prix Patrick Dewaere and was nominated for the César Awards.

In 2008 Gilles Lellouche got roles in Cédric Klapisch’s films Paris and Mesrine which won a lot of awards and were appreciated by critics. On the set of the first project, the actor met the brilliant actress, Juliette Binoche, and he collaborated with charismatic Vincent Cassel in the second film.

In 2012, Gilles Lellouche pleased fans with sparkling acting in the omnibus comedy The Players. The film consists of 6 segments, and s shot by a different director shotted each of them. The man not only played a significant role in one of the stories but also did his best as a director. His partner on the set was the famous comedian, Jean Dujardin.

In 2014d, fans of French cinema and Lellouche were surprised when the crime thriller The Connection, which was based on real events, premiered. The brilliant actor duo of Lellouche and Dujardin appeared in the film again. The movie won the César Award.

The same year, the actor appeared in the thriller The Clearstream Affair, playing the leading role of journalist Denis Robert, who exposed the bank’s fraud schemes. It is noteworthy that fans have seen Gilles Lellouche only in full-length films because he has not played in series.

Lellouche made his successful debut as a director in the satirical drama Narco. Gilles invited a friend and longtime colleague, Guillaume Canet, to play the leading role in his first full-length film which was praised by critics.

The charismatic Frenchman attracted the deserved attention of women in his youth. He had love affairs with a lot of beautiful famous women, but Gilles preferred to keep the lid on his personal life. However, he could not hide a long love affair with a colleague, Mélanie Doutey. The actors lived together for 11 years. But Mélanie did not become Lellouche’s wife and did not give birth to children. In 2013, the couple broke up for unknown reasons.

But in 2017, the name of the Frenchman hit the headlines of the tabloids again. Gilles Lellouche was noticed together with beautiful Monica Bellucci. For the first time, the Italian actress and the man appeared at a social event in Paris, but Gilles kept his character and did not comment on the relationship with the woman.

It is impossible to hide the relationship of two stars. In the spring of 2018, the tabloids published the photo depicting the woman at the International Rome Film Festival. Besides the Balmain fitted dress, the paparazzi noticed a ring with a diamond on Bellucci's ring finger.

The rumors about the relationship of the 53-year-old star with the 45-year-old heartbreaker came up with a bang. Now they are talking about the engagement. Bellucci's interview lifted the veil. She confirmed that she dated Lellouche, and the eyes asparkle of the actress showed her fans that Monica was happy again.

Nowadays Gilles Lellouche is at the height of his fame. He has a busy schedule in 2019. He acts in films, shoots movies and writes scripts.

In December 2018, Russia saw a new film entitled Sink or Swim directed by Lellouche. The sparkling comedy premiered at the Cannes Film Festival. Film critics and viewers praised the work of the Frenchman who could gather the outstanding representatives of the national cinema. Mathieu Amalric, Guillaume Canet, Leïla Bekhti and Belgian comedian Benoît Poelvoorde played the leading roles in the film. 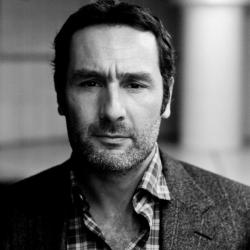