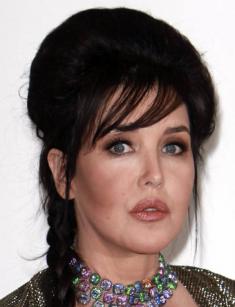 The future star of stage and screen was born on June 27, 1955, in the 17th arrondissement of the French capital. Algerian Mohammed Cherif Adjani and his German wife, Augusta, named the newborn daughter Isabelle Yasmina.

The girl showed her acting talent early. Therefore, in the sixth grade, Isabelle already played in the amateur theater and made her movie debut at the age of 14.

Adjani first played in Bernard Toublanc-Michel’s film Le Petit Bougnat, in which the girl starred during the holidays. Isabelle got the role of a naughty girl, Rose, who did not want to go to summer camp and resisted it in every possible way.

In 1970, the young actress participated in the shooting of the second film Faustine et le Bel Été directed by Nina Companéez (The Edifying and Joyous Story of Colinot, Comme sur des roulette, Je t'aime quand même). The movie was released a year later.

In 1972, Isabelle joined the Comédie de Reims and began playing in the productions of director Robert Hossein (Les Misérables, I Killed Rasputin, The Vampire of Düsseldorf). The most famous play of that time with the participation of Adjani was The House of Bernarda Alba, written by the dramatist, Federico García Lorca.

In 1974, the actress was invited to work in the famous Comédie-Française, which she left almost immediately because she was not satisfied with the terms of the contract. To make for a living, the young woman played in Robert Valey’s TV movie Le secret des Flamands, telling about the attempts of fifteenth-century artists to unravel the mystery of Jan van Eyck’s oil paints.

Later, Adjani returned to the big screen, starring in the film The Slap directed by Claude Pinoteau (Jigsaw, La Boum, L’etudiante). The actress’s partners on the set were Lino Ventura, Annie Girardot, and Francis Perrin.

In 1975, Isabelle portrayed Victor Hugo's daughter in the film The Story of Adèle H. It showed the young woman who left her home and had an unhappy love story in a foreign land. The movie was directed by François Truffaut who became famous for the films Mississippi Mermaid, The 400 Blows, and an adaptation of Ray Bradbury’s cult novel Fahrenheit 451. A year later, The Story of Adèle H. was nominated for the Academy Award.

Besides the nomination for the prestigious movie award, 1976 was marked by the film The Tenant directed by Roman Polanski (Rosemary's Baby, Chinatown, The Ninth Gate). The movie was a screen version of the novel Le locataire chimérique by Roland Topor, with whom Isabelle would play in one more project.

The Tenant was followed by The Driver of Walter Hill (Supernova, Last Man Standing, Bullet to the Head), featuring Ryan O'Neal, Bruce Dern, and Ronee Blakley. The film told the story of a professional driver who became an unwitting accomplice in a theft.

In 1978, the film Nosferatu the Vampyre directed by Werner Herzog (Aguirre, the Wrath of God, Rescue Dawn) was released. Herzog's film was conceived as a stylistic remake of F. W. Murnau's 1922 German film Nosferatu. The only difference was that the characters in the new film were named after the heroes of Bram Stoker's book "Dracula."

Adjani returned to filming after a three-year break. She co-starred with Sam Neill in the film Possession directed by Andrzej Żuławski (The Third Part of the Night, On the Silver Globe, Fidelity). For her role in this movie, Isabelle won the César Award for Best Actress and the Cannes Film Festival Best Actress Award.

A year later, the actress played the leading role in the film Antonieta of Carlos Saura (Cría Cuervos (Raise Ravens), Carmen, I, Don Giovanni). The movie told about a journalist who wrote biographies of women who had a difficult fate.

In 1983, Adjani appeared in One Deadly Summer directed by Jean Becker (Conversations with My Gardener, Love Me No More, My Afternoons with Margueritte), a film adaptation of the detective story of the same name by Sébastien Japrisot. For her role in this film, the actress won her second César Award.

Two years later, Isabelle played in Luc Besson’s (The Fifth Element, Arthur and the Invisibles, Valerian and the City of a Thousand Planets) movie Subway. Adjani’s partners on the set were Christopher Lambert and Jean Reno. In 1987, she starred in the comedy Ishtar directed by Elaine May (A New Leaf, The Heartbreak Kid, Mikey and Nicky), alongside Warren Beatty and Dustin Hoffman.

One year later, Isabelle, Gérard Depardieu, and Madeleine Robinson played in Bruno Nuytten’s film adaptation of the book “Camille Claudel” by Reine-Marie Paris. This film earned the actress the third César Award, the second Oscar nomination, and the Silver Bear for Best Actress at Berlin.

In 1994, after a long break, Adjani returned to the screen again, starring in the film La Reine Margot directed by Patrice Chéreau (The Wounded Man, Those Who Love Me Can Take the Train, His Brother). Chéreau's film was an adaptation of the book of the same name by Alexandre Dumas and told about the sister of King Charles IX. Isabelle won the César Award again.

In 1997, Isabelle became a member of the jury at the Cannes Film Festival, which was followed by a break and return. This time, she appeared in La Repentie directed by Laetitia Masson (À vendre, Love Me), alongside Sami Frey and Samy Naceri, the star of the Taxi film franchise.

In 2008, the drama La journée de la jupe directed by Jean-Paul Lilienfeld (XY, drôle de conception, Quatre garçons pleins d'avenir) was released, for which Adjani won the fifth César Award. The same year, Isabelle appeared as Margarita, the heroine of “The Master and Margarita” by Bulgakov, in the photo series.

2010 was marked by the release of the comedy Mammuth with famous French actors Gérard Depardieu and Benoît Poelvoorde. The same year, Adjani was made a Chevalier of the Legion of Honour. In 2014, she starred together with Vanessa Paradis and Laetitia Casta in the film of Audrey Dana, the director of Si j'étais un homme, Sous les jupes des filles. In 2014, Isabelle also became a Commander of the Order of Arts and Letters.

Although Adjani has never been officially married, she gave birth to two children. The woman had sons: Barnabé (1980) and Gabriel-Kane (1995), with director Bruno Nuytten and actor Daniel Day-Lewis, respectively.

It is also known that in 2002, the actress was engaged to the French composer, Jean-Michel Jarre. However, she broke up with him, having found out about his betrayal.

Despite her age, Isabelle looks young enough. The pleasant appearance of the actress plays an important role, and she is often compared to Monica Bellucci and Sophie Marceau. Adjani’s photos on her Instagram page can prove it.

In autumn 2017, Romain Gavras finished the shooting of a new film with the participation of Isabelle Adjani and Vincent Cassel, The World Is Yours.

The movie goes through the post-production stage and is scheduled to premiere in 2018.

Isabelle Adjani has a net worth of $40 million.