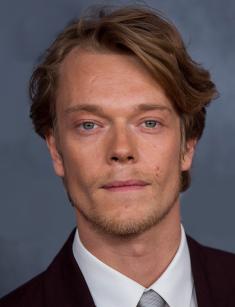 Alfie Allen is an English actor, who played in more than 40 films but gained his fame thanks to the role of Theon Greyjoy in the cult series Game of Thrones.

Alfie was born in London in the family of the comedy actor Keith Allen and the producer Alison Owen. The Allen family can be called a star family. The sister of Alfie is also a popular person, an English singer Lily Allen. There is a song especially for her brother – "Alfie" in her repertoire.

However, she describes the guy is not on his good side. He's lazy and he uses marijuana and he always plays video games. Alfie explains, it was a long time ago and is no longer true.

When the boy was three years old, his father left the family. He married a second time and did not often communicate with older children. Perhaps, the adolescent boy was out of control for this reason.

He was constantly expelled from schools for his bad behavior, for bad marks. At the age of 12, he was sent to a camp for troubled children. He was under the strict supervision of a child psychologist for a month. The boy studied at St John's College, then entered the Fine Arts College.

Alfie got his first role at the age of two. He appeared in the comedy series The Comic Strip Presents... where he played the baby. He received his next acting experience at a more conscious age, he appeared in the film Elizabeth in 1998, which was produced by his mother. The boy played the role of Arundel's son. By the way, his older sister Alfie lit up in this movie. But unlike Lily, he decided to tie his future with an acting career.

He began to attend auditions regularly and receive roles. Alfie starred in several series Jericho, The Golden Hour, Rize. In 2004, he starred in the film Agent Cody Banks 2: Destination London, which was filmed by his uncle, Kevin Allen.

In 2007, the film Atonement was released with a truly stellar cast: Keira Knightley, James McAvoy, Saoirse Ronan, Benedict Cumberbatch. Alfie also got a role in the film, he played Danny Hardman. The film Atonement was nominated for an Oscar, a BAFTA, a Golden Globe. As a result, to date, the movie has 17 awards and 63 nominations, which are left without victories.

No less fruitful for the young actor was 2008. He starred in the historical drama The Other Boleyn Girl. He also replaced Daniel Radcliffe in the movie Equus. He went to the cities of the world on tour Equus. From the very beginning, the performance caused extremely ambiguous reviews because the main character was completely naked on the stage. First, it was Radcliffe and then Allen.

He starred in the series Casualty the same year. Alfie became more noticeable, he received a place in the films Boogie Woogie, Freier Fall, L'Enfant, in the series Moving On, The Accused in 2009-2010. Alfie Allen got his first main role in the movie SoulBoy of Shimmy Marcus.

However, his "main" role in his career is the role of the second plan – Theon Greyjoy in the series Game of Thrones. However, Alfie went to the casting with other intentions. He planned to become the king of the North, Jon Snow. But his wish did not come true. Although he read the monologue more than worthy, the producers saw the other, "Jon Snow." As a result, this role went to Kit Harington.

Allen was offered to try out for the role of Theon Greyjoy, the son of the rebel ruler of the Iron Islands and a pupil of Ned Stark, who took the boy into care as a guarantor of the loyalty of the Greyjoy family. The actor was approved immediately. It is noteworthy that the movie sister of Theon was offered to play his sister Lily. But when she found out that the film there will be a sex scene with their participation, she refused categorically.

In the film, the line of Theon Greyjoy is exceptionally addictive and bright. He opens to the viewer from a new angle with each season. But perhaps the most shocking event in the life of Theon is his "meeting" with the sadist Ramsay Bolton, played by Iwan Rheon. Ramsay castrates Theon after the torture and abuse. He turns into the creature, nicknamed Reek from the arrogant young man with cold eyes.

It is known that the series Game of Thrones is famous for sudden plot twists and unexpected deaths but the hero of Alfie Allen is still alive, so he "stretched" to the final season.

Despite the employment in the filming of the series, Alfie manages to shoot in full meter. In 2014, he received one of the main roles in the film Plastic. He also starred as Iosef Tarasov, the spoiled son of the Russian mafia in the film John Wick. His colleagues on the set were Keanu Reeves, Michael Nyqvist.

In 2016, three movies with the participation of Alfie Allen were released. He appeared in the zombie fantasy film Pandemic, in the horror film Patient Seven and the dramatic mini-series Close to the Enemy.

In 2007, the actor began dating the English actress Jaime Winstone. They starred in the film Boogie Woogie together. In 2009, they appeared in the music video of the band "Madness." The young people announced their engagement. Many were convinced that it was his future wife. But it never came to the wedding. In 2010, the couple broke up, explaining that they cannot spend time together because of the tight schedules of filming.

Soon he began dating the model Elizabeth Iona. But their relationship did not last long, only six months. In 2017, the actor was captured by the paparazzi on vacation. Allie Teilz, a well-known DJ, accompanied him. By the way, she met with the actor Joaquin Phoenix.

There are a lot of rumors around Alfie Allen. For example, some fans of Game of Thrones are sure that he is gay. And his beloved is Iwan Rheon, who played his main enemy Ramsay Bolton in the film. But the main reason for such speculation is the kiss of Alfie and Iwan on the evening show of Jimmy Kimmel. Thus, they demonstrated that their relations are warm and friendly in real life, unlike on-screen.

The actor leads "Instagram," posts photos from travel, from filming and football matches regularly. By the way, he was interested in football as a child. He did not become a professional but he participates in charity matches of celebrities. He also led the author's program Football: A Brief History by Alfie Allen. The actor is a fan of the football club Arsenal Football Club.

In February 2018, a sequel of the 1987 science fiction film The Predator was released. Allen played the role of a retired marine, who helps the main characters to fight with an alien creature. Alfie Allen has a net worth of $6 million.

Of course, Alfie starred in the final of the cult series Game of Thrones. The premiere of the final eighth season took place in April 2019.