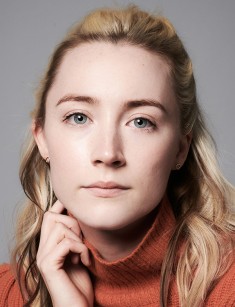 Saoirse Ronan is a young Irish actress, the Golden Globe laureate, three-time BAFTA and Oscar nominee. The young woman is notable for her unusual appearance: with her light skink and Irish freckles, her blue eyes are special, and her look is transparent and piercing. Coupled with her acting talent, her roles are so memorable to the audience.

Saoirse Una Ronan was born on April 12, 1994, in New York. Her parents – Paul and Monica Ronan – are also actors. Paul starred in the television series “The Tudors,” movies “The Devil’s Own,” “Faithful,” and others. After the daughter was born, the family moved to their homeland, Ireland.

At that time, the girl’s father was working a lot, and Saoirse visited social events together with him, becoming involved in movie industry deeper and deeper. Soon, the girl debuted in the series “Scrubs” where her father starred.

Saoirse auditioned for the role of Luna Lovegood in the movie “Harry Potter and the Order of the Phoenix.” Eventually, this role was taken by Evanna Lynch, but it did not hinder Saoirse in her career.

The first and significant work of Saoirse Ronan was Joe Wright’s movie “Atonement” based on Ian McEwan’s novel under the same title. At that moment, the girl was 13. The young actress had the fortune to play on the same stage with the famous actors – Keira Knightley and James McAvoy. For this role, Saoirse was nominated for Oscar, BAFTA, and Golden Globus.

After this success, Saoirse had plenty of offers. In 2007, she starred in the melodrama “Death Defying Acts” and science fiction movie “City of Ember.”

However, Saoirse’s popularity became true after she played the main character in Peter Jackson’s “The Lovely Bones” based on the novel by Alice Sebold. By the way, Saoirse was put in the role without auditioning – she just sent the audio file with the recorded dialogues from the book.

The character played by Saoirse Ronan dies in the first moments of the movie. The 14-year old girl was raped and murdered by a maniac, but after her death, being in the other word, she tries to help her nearest and dearest find the murderer.

The movie is difficult, and neither the girl’s parents nor Saoirse herself were sure if she should take part. In the end, Peter Jackson persuaded them. As the movie was released, critics did not appreciate the plot, yet emphasized the girl’s acting. Once again, the girl was nominated for BAFTA, Saturn, and Critics' Choice Movie Awards.

The movies “The Way Back” and “Hanna” starring the actress did not impress the audience. Still, 2010 became lucky for Saoirse in a different context: she was invited to the Academy of Motion Picture Arts and Sciences.

Soon, Peter Jackson offered the girl the role of the young elf in the movie “The Hobbit,” but she could not take part in it because of her tight schedule. Finally, Jackson stopped looking for an actress for this role and just crossed it out the scenario. Another canceled role was the role of Kitty in the screen adaptation of “Anna Karenina.”

Soon, the movie “The Host” based on the same-titled book by Stephenie Meyer was released. Saoirse had two major roles at the same time – Melanie and the alien Soul. After the roaring “The Twilight Saga” success, the same results were expected of “The Host.” However, to everybody’s surprise, the critics gave it a severe rating. Saoirse’s movie partner was Max Irons known for his roles in “The White Queen,” “Dorian Gray,” and “Red Riding Hood.”

Saoirse was auditioning for the role of Snow White in the movie “Mirror, Mirror” and the lead role in the movie about Cinderella; she also took part in the casting call for the role of Katniss Everdeen in “The Hunger Games.” Although other actresses got these roles, in 2013, Wes Anderson began shooting the black comedy “The Grand Budapest Hotel” where Saoirse received the role of the lobby boy Zero Moustafa’s lover. Many famous actors starred in the movie: Jude Law, Ralph Fiennes, Edward Norton, Adrien Brody, and others.

The movie was out in summer 2014 and received numerous positive reviews from critics at once. In 2015, the movie won the Golden Globe award and was considered the best comedy movie. The movie was also awarded four Oscars – for best costume design, best makeup and hairstyling, best original music score, and best production design.

In 2015, the movie “Brooklyn” was out. Saoirse had the lead role – the Irish Eilis Lacey who moves to the United States in search of greener pastures. Saoirse was nominated for four awards: Oscar, Golden Globe, Screen Actors Guild, and BAFTA. At the beginning of 2016, Saoirse debuted on Broadway and played in Arthur Miller’s “The Crucible.”

The journalists frequently attribute to Saoirse Ronan love affairs. After “The Host” shooting, the press reported that Saoirse was seeing Max Irons. After “Brooklyn,” the rumors about the romance with Emory Cohen became widespread. The actress never commented on the rumors, and she is trying not to expose her personal life. Thus, there is no proven information who is her boyfriend and if she has one.

In 2016, the girl moved to New York. Saoirse leads a healthy life, and she is in great shape – with the height 168cm, she weights 55 kg. The actress does not smoke and tries to eat healthily. She supports the British charitable foundation for animals – she is grateful that the organization used to have helped her to find her lost dog.

Saoirse has no personal Instagram page – her fans do it. Her fan page is full of activity: the actress’s photos and news about her are regularly posted.

Saoirse Ronan is actively engaged in movies. In 2017, the movie “Lady Bird” was out. The premiere was on 1 September 2017 at the Telluride Film Festival. The movie immediately received many positive reviews. For the role of Kristine McPherson, the actress was awarded Golden Globus. Again, she has become a nominate for Oscar.

In 2017, Saoirse worked on the first in the world animated full-length movie created with oils on board – “Loving Vincent.” Ronan voiced Paul Gachet’s daughter Margaret.

In the same year, Saoirse starred in Ed Sheeran’s music video “Galway Girl.” Small wonder, it sparked rumors on the Internet that the young people were dating – however, today, nobody takes these false stories seriously. The girl is busy with her actress career, and several movies are being produced. 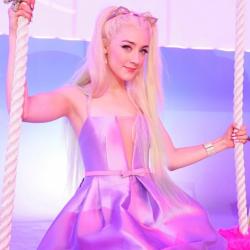