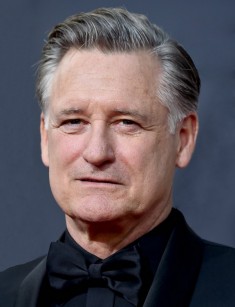 American actor Bill Pullman became famous for the films Independence Day, Lost Highway and While You Were Sleeping. The man’s filmography has more than a hundred works. He started his career with insignificant roles, but the actor has achieved great success in cinematography and, despite his age, continues to receive offers from directors regularly.

Bill was born in the American city of Hornell, New York, in 1953. He is American. Although his parents worked as doctors, the boy knew from childhood that he wanted to connect his life with the world of cinema. There were also six other children in the family, and the father and mother paid attention to everyone as they could. By the way, most of them followed in their parents’ footsteps and nowadays also have careers in medicine.

Pullman attended secondary school and graduated from it as an average student. Then the future actor moved to the city of Amherst, Massachusetts, and entered the School of Film and Photography of the local university.

Bill attended lectures and did homework diligently. The university teachers predicted a great future for the man because they saw his talent. However, he did not immediately become an actor. After graduation, Pullman moved to Montana and found a job at the institute, where he lectured.

He has friendly relations with his students, and they did not understand why he did not want to work in the field of cinema, because he had excellent skills for that. In his youth, he did not think that his acting career would be so successful.

Pullman began an acting career in the 1980s. At that time, he worked in theaters in Los Angeles and New York City. He made his movie debut in 1981 in the TV series Cagney & Lacey. The next film with his participation was released four years later. It was also the series entitled American Masters.

In 1986, the man played in the black comedy Ruthless People. Bill worked on the same set with Bette Midler and Danny DeVito. It was only the beginning of his career which had bit parts; therefore, viewers did not know the actor.

The actor got the first leading role in 1987 in the parody film Spaceballs. The man coped with the task, and views noticed him. Moreover, other directors also took in mind a new face. After a meteoric rise, Pullman got only bit parts for several years, but the man was not in despair and continued to attend auditions. During this period, he appeared in the films The Serpent and the Rainbow, The Accidental Tourist, Brain Dead, etc.

The highlight of Pullman's acting career was in the mid-1990s. At that time the man filmed in 2 or 3 movies per year, and his popularity increased after each released film. Viewers knew Bill as the protagonist in the romantic comedy Sleepless in Seattle. In this movie, the man starred with Meg Ryan and Tom Hanks.

In 1994, Pullman received a proposal to play in the low-budget film The Last Seduction, and he gladly agreed. The fact is that the director and screenwriter of this movie was John Dahl, Bill’s former student at Montana State University. Although the film was not very popular, it received positive reviews from viewers and critics.

In 1995, the actor pleased viewers with roles in several films. They include the full-length film Casper based on the animated series and the romantic comedy While You Were Sleeping. But the film, which made the actor very famous, was released only a year later.

In 1996, the film Independence Day premiered, in which Pullman played the president of the United States. His next prominent work was the psychological thriller Lost Highway directed by David Lynch.

Later, Bill portrayed mainly minor characters in films and theatre productions. These were often low-budget projects, where the actor got small but always prominent and memorable roles.

In the new millennium, Pullman also appeared in many films, including Lucky Numbers, The Grudge, American Ultra, etc. In 2017, the man began shooting in the TV series The Sinner as detective Harry Ambrose.

When Pullman was 21 years old, he suffered a severe head injury. The actor spent two weeks in a coma but managed to recover. However, this event left its mark on the man’s health. He has lost his sense of smell forever.

There is little information about the actor’s private life. In 1987, he married Tamara Hurwitz, who was a dancer at that time. The wife gave birth to three children - two sons and a daughter.

It is known that he co-owns with his brother a large ranch in Montana. The man likes to spend time with his family in between filming there. In addition to acting, Bill sometimes lectures at universities as a visiting professor and serves on the Board of Trustees at some universities.

In 2018, Bill Pullman starred in the film Vice as Nelson Rockefeller. The film tells about one of the most influential US vice presidents, Dick Cheney (Christian Bale). The man worked on the same set with Alison Pill, Amy Adams, Steve Carell, and other actors. In the USA, the film is scheduled to premiere on December 25, 2018, and in Russian viewers will see the movie at the end of February 2019.

Despite his extensive experience in the cinematography, the celebrity continues to film nowadays and has no plans to retire. Although the actor often works long hours, he takes care of his appearance and tries to keep fit. His height is 187 cm, and the weight is 87 kg.

The actor keeps in touch with his fans on Instagram. On the social network, Bill posts photos of meetings and events, as well as personal photos. 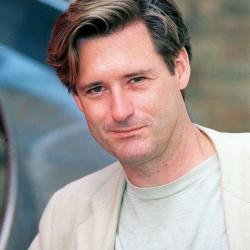