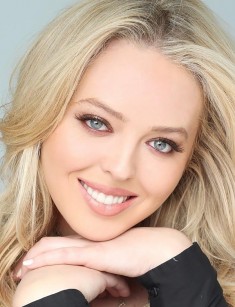 The billionaire and the 45th President of the United States, Donald Trump can be proud not only of his corporation prosperity but also his children. The man has two daughters and three sons. Tiffany Ariana Trump is the youngest daughter born in the second marriage of the current US President with the actress Marla Maples.

Tiffany Trump was born on October 13, 1993, in New York. Rumors have it that the father, who was present at the childbirth, cut the umbilical cord. The girl was named after the famous jewelry brand; besides, the name “Tiffany” is popular in America.

Donald and Marla met and started dating in the late 1980s. At that time, Trump was married to Ivana Trump, and Maples had just begun to build her career. The man did not appear with his lover on the public: they visited the same events but arrived there separately. After Donald divorced his wife, the romance with Maples was revealed. Ivana did not know about Donald’s affair. Not long before the divorce, the billionaire signed a new marriage contract with the woman, so that she got only $10 million instead of $26 million. It caused a long legal dispute.

Several decades later, Marla publicly apologized to Trump’s first wife. However, she did not forgive the actress and said she had destroyed her family.

In 1992, Donald and Marla married. The next year, their daughter was born.

In 1999, Marla Maples and the billionaire divorced, and the mother took care of the daughter alone. They moved to Los Angeles, California.

Tiffany went to school in Calabasas. She rarely saw her father; the media used to call her “the forgotten child.” Donald supported the girl financially and met with her once a year.

In 2016, Tiffany finished the University of Pennsylvania where she studied sociology and urban science. Her elder sister, Ivanka Trump, was present at the graduation ceremony. Tiffany continued her education and chose law as her major, just like Trump’s elder daughter.

Trump women are usually engaged in the modeling business, and Tiffany is not an exception. In 2016, she appeared on the runway at New York Fashion Week and showed Andrew Warren’s works.

The young woman is also passionate about music. In 2014, she presented the single “Like a Bird”; by now, it is the only song in her repertoire.

In her interview to Oprah Winfrey, the woman said that music was still a hobby for her, although she loved it. In the future, the president’s daughter would like to become a professional vocalist.

Together with her studies, Tiffany worked on probation for Vogue. In 2016, she moved to New York and took an active part in her father’s pre-electoral campaign. Despite the divorce and the father’s busy schedule, Tiffany is a loving and grateful daughter. Just like her siblings, she is proud of her family and name.

Tiffany’s elder sister Ivanka and the brothers Eric and Donald Trump Jr. were born in the man’s first marriage. The younger brother Barron Trump, the son of Melania Trump, was born in the billionaire’s third marriage. The elder brothers administer trust funds and the father’s numerous projects; the sister is a model, entrepreneur, and philanthropist.

Trump’s daughters are attractive, intelligent, and independent. They are used to being celebrities. Tiffany and Ivanka have been popular long before their father became a president. The family photos of the 45th American President go viral all over the world.

Every family member including Ivanka’s husband Jared Kushner participated in the pre-electoral campaign and the president’s inauguration. People admired the women’s gorgeous looks. Tiffany was wearing a tight silver and pink dress decorated with Simin Couture beading and jewelry. At the meeting of the Republicans, she delivered a touching speech about her father; the audience was surprised and fascinated.

Tiffany used to date Ross Mechanic, the son of the estate lawyer. Similar to the woman, he graduated from the University of Pennsylvania where he studied IT. They had different political views (Ross supported Hillary Clinton in the presidential race). Still, it did not prevent them from being together and finding compromises.

According to the standards of the Trumps, Tiffany is a “shorty”: her height is 173 cm., and her weight is 56 kg. She seems to have inherited her body type from her grandmother or some other relatives. Her grandfather, Fred Trump, was a little shorter than his famous son, but, like all members of the family, stood out for his height and stature.

Judging by the beauty’s age, one can guesstimate that she had no surgery and her appearance is natural. She bears much resemblance to her mother when she was young, especially in the pictures where Tiffany is wearing no makeup. Today, the daughter of the president is a famous American socialite and an active Instagram user: thousands of people follow her.

Some sources inform that Tiffany owned $1 million in 2017 (without the parents’ finances).

The young woman’s relationship with her mother is warm; they are best friends. At the same time, Tiffany is on friendly terms with her elder sister, Ivanka, who said in her interview that she was glad about her sister’s new home in New York: they had the opportunity to see each other more often.

Trump keeps her school report records; the father used to write pleasant notes to little Tiffany there, and they are important for the young woman.

People have noticed that Donald Trump does not treat his youngest daughter with much admiration. In his interviews, the US leader is more favorable to Ivanka, and he talks about Tiffany drily: according to the man, Tiffany has not done anything outstanding yet except for graduating from the prestigious university. Nevertheless, the young woman has a lot of ambitions.

In June 2018, Tiffany went to the family weekend at Camp David with her father; Ivanka Trump, her husband, and Donald Trump Jr. were present. The press marked Melania Trump’s absence.

The same month, the president’s daughter participated in the LGBT parade in New York. Later, Tiffany and Ivanka accompanied their father at the formal meeting on the national infrastructure modernization in Richfield. 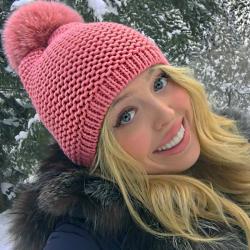