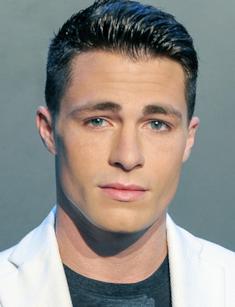 The actor and model Colton Haynes has become one of the most discussed figures in Hollywood in a short time. The artist has personified a wide range of characters from courageous handsome men to werewolves. However, Haynes’s career and personal life have not always been successful.

Colton Haynes was born on July 13, 1988, in Andale, into the family of liberal-minded hippies. The free and noisy family lived on a farm and traveled across the country; the would-be star had the chance to see the beauty of Florida and New Mexico, Arkansas and Texas. Colton attended many schools and graduated from Samuel Clemens high school.

The 15-year-old young man started his career when he moved to New York: he was invited as a model in Bruce Weber’s photo session for Abercrombie & Fitch. The popular companies appreciated Colton’s attractiveness and artistic abilities; he received many beneficial offers from fashionable print media and popular brands.

Haynes began to work on television with episodic roles. At 19, he appeared in the blockbuster Transformers, but his character was insignificant and not credited. At the same time, the actor auditioned for the role of Edward Cullen in the vampire Twilight saga and failed. The next year, Haynes got a small role in the TV series Pushing Daisies and Privileged.

In a while, Colton appeared in the Hallmark TV series Always and Forever; the premiere took place on October 24, 2009. The next year, the actor played the main characters in the series The Gates and Look: The Series both of which were closed after the first season.

In 2011, Colton personified a reptile werewolf in the youth series Teen Wolf. His character, Jackson Whittemore, was a school leader and lacrosse player. In fall 2012, the actor expressed his gratitude in social networks and mentioned he felt sad that leaf had been turned over.

Fans were confused. The next day, it was announced officially the actor had left the project; according to the story, Colton’s character moved to London in the third season.

Soon, Haynes played another memorable character, Roy Harper, in the series Arrow. Initially, it was a guest part, but Roy turned into Arrow’s mentee nicknamed Arsenal. At the end of the next season, the artist left the project.

The actor debuted in the full-length cinematography in 2015 when he played the rescue team member Joby O'Leary in the catastrophe movie San Andreas. Alexandra Daddario and Dwayne Johnson starred in this movie as well.

2017 was marked with the seventh season of the TV series American Horror Story: Cult. The actor played the secondary character, Detective Jack Samuels.

The artist has collaborated with famous musicians, such as the group My Chemical Romance, Leona Lewis, and Victoria Justice, and appeared in their music videos.

Colton surprised fans by his ambiguity related to his personal life. The media often wrote about his romance with the popular TV personality Lauren Conrad; however, the artists kept saying they were only friends. In a while, Colton was frequently seen with the actress Lucy Hale and provoked new spicy theories. Still, it was just a rumor.

Haynes’s fans remember the actor’s story with Holland Roden. The media were discussing the couple’s relationship for a long time and never came to a conclusion. There were many photos where the young people were hugging and holding hands, but the stars only said their friendship was special. According to Colton, he could hold hands with Holland because they had warm feelings similar to those between brothers and sisters. Fans’ curiosity only grew. However, soon, everything became clear.

In May 2016, Haynes came out as gay in his interview and mentioned he felt that since 14. There is no information about the actor’s ex-boyfriends. The Hollywood designer and florist Jeff Leatham who was 17 years older than the actor was the first man whom Colton introduced to the public as his partner.

Soon after the announcement, Jeff proposed to Haynes; it happened when the couple traveled in Mexico. Colton said yes. The wedding ceremony took place in March 2017. Thanks to Jeff’s perfect taste, the atmosphere was romantic.

The lovers appeared on a skyscraper roof decorated with candles and rose petals in the form of a heart; the rings with diamonds and bright firework finished the celebration. The wedding was held at the end of October 2017; 120 guests were present. The hall was full of flowers: Leatham did his job well.

The happy couple visited social events, such as the Academy Award ceremony, together. However, the idyll did not last long. Even if Kris Jenner is the master of the ceremony and People publishes exclusive photos from the celebration, it cannot guarantee the long-term marriage. At the beginning of May, Colton unsubscribed from his husband’s Instagram page and deleted their photos together. Several days later, the actor filed for divorce. The reason for the breakup is unknown, and the couple made no comments. Colton only mentioned that Jeff had not cheated on him.

Today, the actor is actively engaged in new projects. In spring 2018, the come-back of Roy Harper was announced: the character would appear in the seventh season of Arrow. It was surprising for fans, considering the happy end between Roy and Thea.

The same year, the actor got the role of Jack LaLanne in the movie Bigger.

The man has official Twitter and Instagram accounts. He regularly posts photos and videos from his abundant life.