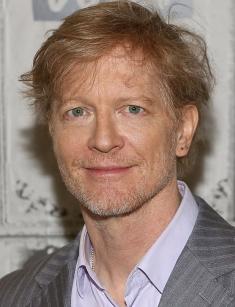 The American actor Eric Stoltz is known for a huge number of projects in which he fully realized his talent, for which he received recognition from thousands of viewers, as well as the prestigious awards in the movie world. Besides, he managed to try himself in directing, participating in the creation of dozens of films.

Eric was born in autumn 1961 in Whittier, California, USA, where he spent his childhood. The boy's parents worked as teachers and none of the family members expected that his son would be an actor. The mother was a musician, played the violin, so she tried to instill in the child a love for this art.

The outstanding acting and musical data of Stoltz appeared from an early age. He liked to be in the center of attention; he studied well at school and learned the basics of playing the piano at the same time. In his youth, Eric was responsible and independent, was a pianist in one of the local theaters.

Stoltz thought that he should be with them on the stage, watching the work of actors. Therefore, when there was time to choose an educational institution for higher education, he entered the University of Southern California without hesitation, where he began to study theatrical art.

Teachers immediately noted the talent of the student, so the guy often had the main roles in the University productions. The directors, attending performances of students in universities, noted that he was active. Soon there were the first roles in the movies and TV shows in the biography of a young man.

The first works in the actor's filmography began to appear in 1982. However, there were only episodic roles in the series but the young man was able to gain experience, as well as to attract the attention of other directors. Stoltz played in theatrical productions, performed at festivals at the same time. Eric`s number of fans began to increase; the audience liked the game of the talented guy.

Until 1990, the actor managed to star in different films, including the series Eight Is Enough, James at 15, Knots Landing and others. Besides, there were feature films in the list of his works: the drama Paper Dolls directed by Edward Zwick, The Violation of Sarah McDavid directed by John Llewellyn Moxey, Code Name: Emerald of Jonathan Sanger and the melodrama Haunted Summer.

Later, Stoltz was invited to star in a science fiction film Back to the Future, which tells about time travel, which was produced by Steven Spielberg, Frank Marshall and Kathleen Kennedy. According to the idea of the authors, the young man had to play the role of Marty McFly instead of Michael J. Fox.

At that time he was busy filming in the family series and could not afford to work in another project. Eric spent three weeks on the set but did not meet the requirements of the director, for which he was fired. In the end, the studio re-shot all the material from scratch after a while but with Fox in the main role.

In 1985, Stoltz had the opportunity to play the main character in the drama The Mask of Peter Bogdanovich. He transformed into the image of a 16-year-old boy, suffering from a rare disease that turned his face into a mask. Despite this fact, the guy is smart, has a good heart, although he feels the constant mockery in the views of strangers.

New projects appear in the biography of the artist. In 1993, he starred in the American drama Bodies, Rest & Motion, which did not have great popularity. He begins to work in the comedy series Frasier around the same time.

A good promotion in his career was the thriller Pulp Fiction in 1994. John Travolta, Samuel L. Jackson, Uma Thurman and Bruce Willis starred in the main roles. World fees of the movie amounted to $ 213 million.

Another significant work of Eric is the shooting in the fantastic thriller The Butterfly Effect in 2003. Later, the series Close to Home, the thriller Flaked, the multi-tape Maron, Madam Secretary and the comedy Larry Gaye: Renegade Male Flight Attendant appeared in the filmography of the actor in 2015. In 2017, the man starred in the family comedy Class Rank.

Stoltz tried himself as a director with his acting career at the same time. He participated in the creation of TV series Huge, Private Practice, Nip/Tuck, as well as the films The Bulls, Believe, Confessions of a Teenage Jesus Jerk and others.

Eric's personal life is full of numerous affairs with famous actresses; such photos appeared in the press in his youth. Paparazzi published his pictures with the actress Ally Sheedy, known for the films Saint Elmo's fire and WarGames. The relationship between young people lasted for two years. He met with American Jennifer Jason Leigh from 1985 to 1987 and then immediately began an affair with Lea Thompson.

The celebrity had a relationship with the actress Bridget Fonda for eight years. However, they split up in 1998. The man began dating the Australian actress Rachel Griffiths a year later and had an affair with Laura Linney after two years.

In the early 2000s, Stoltz met the Irish singer and artist Bernadette Moley. The actor realized that he was in love with her and made his beloved proposal almost immediately after the beginning of the relationship. The wedding took place soon and the wife gave birth to her first child in 2007. Now the creative couple brings up two children, whether there will be an addition in their family, time will tell.

Stoltz continues to act in films. In 2018, the man worked in the dramatic music film directed by Alex Ross Perry's Her smell. It is shown in Canada, USA, Poland, Austria and the Netherlands at the international film festivals. The demonstration of the film in cinemas will begin in March 2019. Eric Stoltz is an American actor who has a net worth of $5 million.

The audience is eagerly awaiting the new film, which tells the story of the rebellious punk star Becky, who tries to return inspiration, which previously attracted success to the group. She tries to understand the relationship with colleagues and her ex-husband, as well as to put an end to the fight against alcoholism.