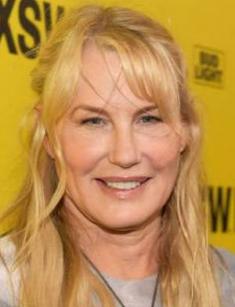 The 1980s became the peak of Daryl Hannah’s career. The American actress got famous for the role of the android Pris Stratton in Ridley Scott’s Blade Runner. Overall, she has played in more than 50 movies and always personified strong women with unusual stories. The movie dilogy Kill Bill by Quentin Tarantino brought Hannah the tremendous success: Elle Driver is one of the most original characters that Daryl has played in her career.

Daryl Hannah was born on December 3, 1960, in Chicago, Illinois. Her mother, Susan Jeanne Metzger, used to work as a school teacher and later became a producer. The father, Donald Christian Hannah, was a tugboat and barge owner. There were three children in the family: the son Don and the daughters Page and Daryl.

After the divorce, the mother married the businessman Jerrold Wexler, the brother of a movie maker Haskell Wexler; soon, Daryl’s half-sister Tanya was born.

Daryl spent her childhood in Long Grove, Illinois. The girl was so shy that she was diagnosed with high-functioning autism. When Daryl went to school, another problem occurred: she was dyslexic and could not read fast. Thus, the student decided to concentrate on her athletic achievements and joined a soccer school team. Besides, Hannah lost the distal phalanx on the index finger of her left hand; she wears a prosthesis.

When Daryl was a teenager, she had insomnia. She tried to fall asleep and watched movies all night long; she fell in love with cinematography. The actress remembers that period as her first acting lessons.

Gradually, the young woman got interested in art. She was fond of ballet and took private classes with Maria Tallchief because ballet schools did not accept her. Later on, Daryl focused on acting. She graduated from school and entered the University of Southern California to study drama.

After the young talent successfully finished it, she continued her studies at Goodman Theatre, Chicago, and New York where the famous drama teacher Stella Adler worked. According to the artist, acting was the only cure that helped her: when she played other people, all fears and complexes faded away.

Daryl Hannah was 18 when she got an episodic role in the fantastic drama The Fury by Brian De Palma; nobody noticed her. As a result, the actress began to select roles more thoroughly.

Soon, the artist was offered the role of an android woman Pris, an attractive blonde who dreamed of becoming human, in Ridley Scott’s new project Blade Runner. Hannah was interested and agreed. It was the right choice. Harrison Ford, Rutger Hauer, and Sean Young became her stage partners. The movie came out in 1982 and grossed almost $33 million. Thanks to the project, Daryl turned into a promising young actress.

In 1984, the artist gained the first lead role in the romantic melodrama Splash by Ron Howard. It is the story about the love between a human and a mermaid; Daryl Hannah and Tom Hanks played the lovers. The movie brought both actors much popularity.

Since that time, the actress has received many lead roles and collaborated with top Hollywood stars. In 1984, she appeared in the comedy adventure movie The Pope of Greenwich Village with Mickey Rourke and Eric Roberts; in 1986, Hannah personified Ayla, the girl brought up by a pack of bears in the movie The Clan of the Cave Bear.

It is impossible to name all 1980s movies where Daryl’s talent sparkled. She collaborated with Steve Martin in Fred Schepisi’s Roxanne (1987) which was the modern version of the play Cyrano de Bergerac by Edmond Rostand. 1988 was marked with the movie High Spirits with Peter O'Toole. The role in Woody Allen’s Crimes and Misdemeanors was small but bright. In 1989, she starred in the melodrama Steel Magnolias with Julia Roberts, Sally Field, and Shirley MacLaine.

In the 1990s, Hannah continued her successful career. The military drama At Play in the Fields of the Lord (1991) is one of the most notable works of that period. The actress took the role of Andy Huben, the wife of the missionary who came to Amazonian jungles on duty.

In 1995, the actress had the chance to collaborate with Keith Carradine in the thriller The Tie That Binds. They played the Netherwood, the couple of criminals who looked for their daughter adopted by somebody when they were in prison.

In 1998, the blonde artist had to have her hair dyed black: she got the role of Morticia Addams in the movie Addams Family Reunion.

In 2002, the actress appeared in the music video “Feel” by the British singer Robbie Williams.

The crime dilogy Kill Bill by Quentin Tarantino was released in 2003-2004 and turned Daryl into the top star. She played Elle Driver nicknamed California Mountain Snake, one of the assassins in Bill’s team.

The actress did not rest on her laurels and played in many other projects. In 2010, she appeared in the British drama A Closed Book; 2012 brought the fantasy comedy Eldorado. In 2013, Hannah tried herself in the indie genre and participated in Zombie Night.

The actress has also worked as a director. In 1993, she created the short movie The Last Supper and won the Jury Award at the Berlin International Film Festival for Best Short.

Thousands of articles about Daryl Hannah’s personal life have been written. The majority of them pertain to the famous romance with John F. Kennedy Jr., the son of the 35th American President John F. Kennedy and Jacqueline Kennedy.

The woman had known John from their youth: they had a vacation in Saint Martin Island and participated in Hollywood movie parties. One day, they met at a wedding: John’s aunt Lee Radziwill married the director Herbert Ross. The couple decided to communicate more, although Daryl had been in a relationship with the rock musician Jackson Browne for more than ten years.

The actress left her boyfriend and threw herself in the new, passionate, beautiful romance. Tabloids published their photos: a private beach, a dinner in a Chinese restaurant, a walk in some European town. The media expected Prince (John’s nickname) to propose to his Cinderella soon.

However, the young man’s mother, Jacqueline Kennedy, did not approve of the relationship and convinced her son to break up with the actress whose reputation could damage his future political career. Rumors had it that Jacqueline used the fact that Daryl had appeared naked in the movie The Clan of the Cave Bear.

Whatever the actual reason was, the couple split up; soon, John married the journalist Carolyn Bessette. Hannah managed to accept that. However, the tragic death of John in a plane crash in 1999 almost broke the woman. She plunged into work to stay sane.

Later, the media wrote about the actress’s relationships with Quentin Tarantino, Val Kilmer, and the owner of a hotel chain Sean McPherson. Nevertheless, Daryl did not confirm them.

In 2015, Hannah joined the Netflix sci-fi series Sense8 by the Wachowskis; the project finished in June 2018. The same year, the actress played in the drama Papa.

Daryl is in good shape. Some fans guesstimated the actress had some surgery and posted the photos before it, when the woman was young, and the recent pictures.

Hannah is known as a passionate fighter for animal rights and environmental improvement.

2018 brought the artist’s fans a pleasant surprise: 57-years-old Daryl married 73-year-old Canadian musician Neil Young. The couple was dating for four years before the marriage. The modest wedding ceremony was held in California; there was a celebration on Neil’s yacht near the San Juan islands. 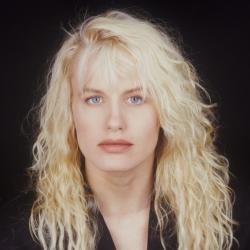