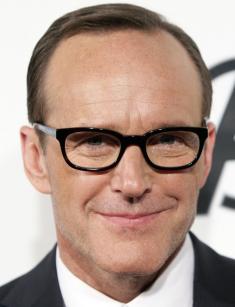 Agent Phil Coulson is a significant character from the Marvel universe; one can hardly imagine the agents of S.H.I.E.L.D. without him. Fans of superhero movies have the chance to know the character better thanks to Clark Gregg’s work. The actor began from episodic roles and later earned international recognition.

Clark Gregg was born in Boston, Massachusetts, on April 2, 1962. His father, Robert Clark Gregg Sr., was an Episcopal priest and professor at Sandford University. The family often moved: by 17, young Clark had lived in seven cities. He attended the Chapel Hill high school when Robert taught at Duke University.

After graduation, the young man entered Ohio Wesleyan University and spent there two years; later, he dropped his studies and moved to Manhattan. This decision was made due to the sports trauma: Gregg used to play for a soccer team. When he could no longer do that, the future celebrity gained a role in a student performance. Acting inspired Clark so much that he quitted his studies and left for New York. Music became another passion: the young man loved ska and punk rock and performed in CBGB-OMFUG club for a while.

Gregg lacked money and changed many jobs. He used to be a guard at the Guggenheim Museum, bartender, and even restaurant parking valet. While the musician lived from hand to mouth and took every opportunity to earn, he also thought about higher education. Soon, he entered Tisch School of the Arts, New York University, where Woody Allen, Whoopi Goldberg, Alec Baldwin used to study. In 1986, Gregg finished the university.

Clark debuted on the screen in 1988: he had an episodic role in the crime comedy Things Change. The movies Lip Service and Fat Man and Little Boy about the atomic bomb creation followed soon. The actor continued with small roles in many movies and TV projects: the series Sex and the City, the movie A.I. Artificial Intelligence, and the military drama We Were Soldiers.

The actor became truly famous in 2008 when the movie Iron Man came out; Clark had a secondary yet significant role of Agent Phil Coulson. His character connects the agents of S.H.I.E.L.D. and other Marvel characters.

Although Gregg is not very tall (the actor’s height is 5.74 ft. or 175 cm.) and has no “heroic” looks, he successfully personified the cruel man capable of leading the organization and confront the enemy. Coulson has appeared in many movies, series, and animated series of the franchise.

Later, this character appeared in comics and computer games about this universe. Today, one can hardly imagine Marvel without Phil Coulson, and Gregg contributed to his success substantially: he actually created the character because the agent had not appeared in comics until 2010.

The appearance in Iron Man made Coulson one of the central figures in the series Agents of S.H.I.E.L.D. who brought the organization to exist. Thus, Clark Gregg gained as much recognition as his younger colleagues: Chloe Bennet, Elizabeth Henstridge, and Brett Dalton.

At the same time, the actor worked on other movies far from the superhero theme: for instance, he played Judge George Klark, the conservative father of the main character, in the youth comedy The To Do List.

Gregg does not limit himself to acting. In 2008, he directed and wrote the script to the movie Choke based on Chuck Palahniuk’s novel under the same title. Clark’s debut as a director was appreciated by critics. Besides, the actor also created the script for the movie What Lies Beneath by Robert Zemeckis; it was number ten among top-grossing movies in 2000.

Fans pay much attention to the actor’s personal life. In 2001, Clark married Jennifer Grey, the star of Dirty Dancing, who was already pregnant. The ceremony took place at a Martha's Vineyard picturesque beach. On December 3, the couple’s only child, the daughter Stella, was born.

Clark has had some challenging periods. The actor does not keep secret that he abused drugs and alcohol. In one of his interviews, the man confessed that he got addicted in his teenage years, when he lived in Chapel Hill, the place of student parties. Later, when he became a student of Wesleyan University, Gregg took even more substances.

The story of Clark’s faith is also worth noticing. Although his father is a Christian priest, the actor has converted to Judaism under his wife’s influence: Jennifer is Jewish and respects the traditions of her ancestors.

According to the artist, he had collaborated with David Mamet, the Jewish actor from America, for 20 years by the moment he converted; besides, he had had many contacts with the New York theater community where the Jewish people were also present. Thus, he felt like home when he came to Judaism.

Fans can follow Clark Gregg on Twitter and Instagram: the man shares the news about new projects, short videos, and photos from his daily life. Besides, there are sports photos with Gregg: the actor is fond of Brazilian jiu-jitsu and has a black belt.

2019 is marked with the comeback of Agent Coulson: Clark will appear in the new superhero movie Captain Marvel.

Besides, the actor will star in the sixth season of the series Agents of S.H.I.E.L.D. The fifth season ended with the agent’s death. However, in January 2019, the series trailer came out: Coulson is alive but probably has amnesia. He is likely to have changed his worldview. 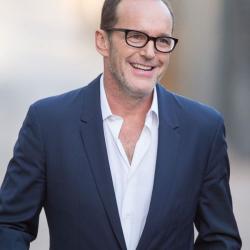