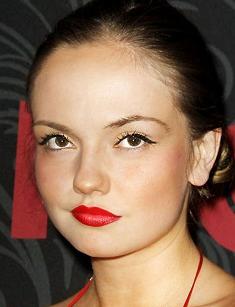 Emily Meade was born in New York in 1989. When she was seven, she participated at the Zecchino d'Oro, international children’s song contest. Her song Up, over, through and under won the award for the best non-Italian song.

Meade’s fame came to her when she appeared in Wes Craven’s film My Soul to Take in 2010. Also that year, she starred in Twelve, where she played the role of Jessica Brayson, a teenager addicted to drugs. Emily appeared in the TV series Boardwalk Empire, and after this part, she was compared a lot to Hannah Murray, who played Cassie in Skins and looked very similar to Meade. Besides, Emily has another "twins," for instance, Leighton Meester who played the leading role of Blair Waldorf in the series Gossip Girl, and Debby Ryan.

In 2013, the actress appeared in Bluebird. Next year, she starred in the famous HBO drama series, The Leftovers. In 2016, Meade played Sydney in the movie Nerve together with Dave Franco and Emma Roberts who had central roles.

For 2019, Emily has a net worth of $1 million, which is only the beginning, we suppose.

Speaking about Emily’s love life, she prefers to keep it to herself. However, it is known that she is a married woman. Her husband is Patrick Wilson, who used to be her love in high school. As we can say, there is no other man in her dating history, although there were rumors about Meade seeing Curtis Jackson known professionally as 50 Cent.

Even though Emily prefers to keep her life private, she has an Instagram page with almost 50,000 followers, where she posts photos with family and friends.

Emily has not been nominated for many awards, but she has won the award at the Karlovy Vary International Film Festival for the Best Actress and also nominated for the prize at the Emerge Film Festival. Both nominations the actress received for her role in Bluebird (2013).