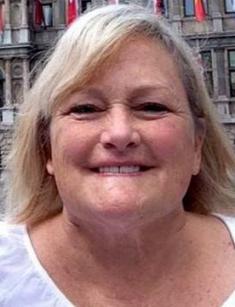 The King of Pop’s life was full of secrets and rumors that neither Michael Jackson nor his relatives did not want to deny. There are also many speculations about the musician’s ex-wife Debbie Rowe: the emotions about their marriage, children, and further tragic events have faded away a little. Still, the woman remains one of those who knows more than she tells journalists.

There is little information about Rowe’s life. Deborah was born in December 1958 in Spokane, Washington. Her parents divorced when the girl almost turned two, and the mother, Barbara, brought her up with the grandmother’s and aunts’ support. The father, Gordon, married again; in 1961, Debbie’s half-sister Loretta Scarlett Rowe was born.

In the early 2000s, JTA reported the woman’s Jewish origin. It happened at the moment when Rowe expressed her concern that Michael Jackson’s relatives instilled Muslim values in her children.

Debbie Rowe went to a medical school and worked as an assistant to the dermatologist Arnold Klein. The doctor is known for his interest in HIV/AIDS research; he also made Botox and its analogs popular among celebrities. Many stars used to be his clients: Elizabeth Taylor, Dolly Parton, Cher, Carrie Fisher, Goldie Hawn, and Dustin Hoffman.

Arnold also worked with Michael Jackson for 20 years. There were rumors that the doctor was the biological father of Rowe’s children and became her sperm donor. After Klein’s death, Radaronline.com claimed that the artist’s son, Michael Joseph Jackson, Jr., wanted a DNA test to be conducted to stop the talks about the parentage.

Debbie married her first husband, Richard Edelman, in 1982. There is little information about him; the man worked as a teacher at Hollywood High School. Their marriage finished in 1988; Rowe was already close to Michael.

According to Debbie, she did not remember the moment when she met the singer for the first time: it happened in 1983 or 1984. One day, the nurse noticed that Jackson went to the procedures upset: he was going through the divorce with his first wife, Lisa Marie Presley and regretted there were no children in their family. Rowe felt attached and showed empathy; she decided he deserved to become a father and offered herself as a potential mother.

The first pregnancy ended with miscarriage in March 1996. In September, Michael went to HIStory World Tour; two months later, the couple married in Australia. Rumors had it the artist’s mother insisted they should marry officially while Jackson was ready to keep the woman’s name secret. By that moment, she was already pregnant.

The first child was born in February 1997 at Cedars-Sinai Medical Center, Los Angeles. Rowe offered to name the boy Prince after the singer’s grandfather and great-grandfather.

In April 1998, Paris-Michael Katherine Jackson was born in Beverley Hills. Once again, the mother named the girl: the first name marked the place of conception, and the second one honored the father.

Journalists were going all crazy trying to clarify if Rowe and Jackson had sex and how much resemblance the kids bore to the parents; they compared Michael’s, Debbie’s, and the kids’ pictures. A wave of public outrage came when Deborah passed the custody rights to Michael. Rumors had it the woman received a significant sum of money; they were confirmed later. The tabloid TMZ reported she took $10 million and the Los Angeles house.

Debbie appeared in several documentaries and gave many interviews; she said she did not seek the place in the star’s family. She added that childbirth did not turn a woman into a mother because this status should be earned for many years. Rowe did not want to become a mother; she only helped Michael to make his dream come true.

The nurse accused the media of her divorce with Jackson. If it were not for the paparazzi that kept spreading dirty rumors, their life together would last longer. However, the woman could not imagine what her relation to Jackson would feel like; she felt exhausted by permanent stress.

In 2009, after Michael Jackson’s death, Debbie settled an agreement with the singer’s mother and got the right to visit her kids. While it was relatively easy to find the common language with Price, it was much more challenging to restore the communication with the daughter.

In 2016, TMZ reported about Rowe’s breast cancer. The disease improved Debbie and Paris’s relationship: the young woman changed her mind and re-established the contacts with her.

Further on, Debbie’s diagnose was clarified: sarcoidosis. The disease did not threaten her life; a person could live a long life provided adequate health care. However, the treatment was not favorable for Rowe’s personal life. American media wrote the woman postponed the marriage to Michael Jackson’s former manager Marc Schaffel. Fans were surprised to know that Deborah and Marc were dating: the former nurse had accused this man of hindering her contacts with the kids.

Today, the media do not mention Debbie Rowe. The woman sold the house she had gained from Michael, bought a ranch in Palmdale, and began to breed horses.

Rowe continues to communicate with her children. Prince is not as close to her as his sister: Paris has become the family’s newsmaker and regularly calls her mother. Paris inherited her mother’s love of animals. In May 2018, she left the Dior fashion show because the horses exploited there were abused; the young woman could not tolerate that.

There are Instagram and Twitter pages under the name of Deborah Rowe. The first one seems to have been created by people interested in Michael Jackson’s wife. The second one was notable for the words: “This is my only account. All others are Fake”. Both accounts have been neglected for a long time.