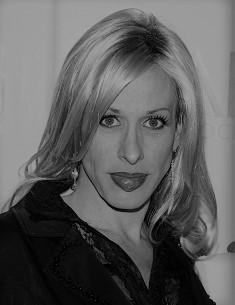 Alexis Arquette was an American actress and activist. The woman changed her gender in 2006. Alexis was also a cabaret performer and underground cartoonist. She died at the age of 47 from HIV.

The actress's birthplace is Los Angeles, California, the U.S. When she was born, she had another name: Robert Arquette. Alexis grew up in the family of the four children. She has four siblings, who are also are engaged in acting. All her family members were very talented. The mother of the actress, Brenda Olivia "Mardi" Nowak, was an actress and a popular activist. Her father's name is Lewis Arquette; he was also an actor and director.

In 1982, when the actress was 12 years old, she starred for the first time in the music video "She's a Beauty" by The Tubes.

In 1986, it was first Alexis' appearance in a comedy film Down and Out in Beverly Hills. She played on the big screen and had a huge success. She had to act the bisexual friend of the teenager, Max Whiteman.

Arquette, in the earlier years of her career, primarily performed as a female impersonator, frequently under the name "Eva Destruction". Later in her career, she spoke out that she had begun the process leading to sex-change surgery.

At the age of 19, the actress was seen in the screen adaptation of Last Exit to Brooklyn. She played trans sex worker Georgette. Most of Arquette's film work was in low-budget or independent films.

In total, Arquette starred in more than 40 movies, including I Think I Do, Children of the Corn V: Fields of Terror, and Sometimes They Come Back... Again.

Alexis also starred with an actor Tim Roth in Jumpin' at the Boneyard. She also had the role of a teenage boy who had an awful childhood and wanted to take revenge, starring in the horror fantasy Jack Be Nimble.

In 2001, the actress came to New Zealand. She was offered the role of a Roman emperor Caligula in two episodes of Xena: Warrior Princess. The same year, she starred in the Friends episode "The One with Chandler's Dad", in which she directly interacted with her sister-in-law, Courteney Cox. Also in the same year, she was seen in Son of the Beach, an American sitcom that aired from 2000 to 2002.

In September 2005, the actress was announced as one of the celebrity house-guests on the 6th season of reality television series The Surreal Life. In 2007, she was a featured celebrity client and guest judge on the première episode of Bravo's reality show Top Design. Alexis performed in the music video for Robbie Williams' song "She's Madonna".

In 2004, the celebrity started to take gender-affirming medical treatment in the form of hormone therapy. She had surgery in 2006; so she decided to do the sex change when she was almost 30 years old. Her changes were depicted in the movie called Alexis Arquette: She's My Brother.

She was good friends with Luke Perry, a famous American actor. According to other people words, they loved each other deeply and were very close. Luke never judged Alexis for sex-changes, he just loved her as she was.

Speaking about Alexis Arquette’s personal life, she is known to have a short-time affair with her former boyfriend, Robert Dupont. They spend a beautiful time together and also enjoyed their company. However, the couple broke up later due to some misunderstandings between them.

Alexis Arquette had an estimated net worth of around $10 Million before her death.

Unfortunately, in 1987, Alexis was told she was HIV. In her later life, she suffered from health issues as a result of her HIV-positive status. Amid these increasing complications, Alexis began presenting herself again as a man in 2013. Her brother David Arquette said that she told him she was "gender suspicious", and alternately felt like a man or a woman at different times.

Arquette was placed in a medically induced coma and died on September 11, 2016, surrounded by close family, at the age of 47. Arquette was serenaded with David Bowie's "Starman". The cause of death was cardiac arrest caused by myocarditis stemming from HIV. Many people suffer from this terrible disease. It is known, that the American actor Charlie Sheen revealed that he was HIV-positive, when he was giving an interview with Matt Lauer on NBC's "Today" show.

There is information that the actress was writing a tell-all book to expose closeted gays in Hollywood. At present, there is nothing to say about this book.

Rosanna, as well as the other four siblings of Alexis, grieved the loss of their sister. Rosanna left a note on her Twitter profile, comparing Alexis with other famous celebrities. She said “she felt better in this world when Alexis Arquette, Lou Reed, David Bowie,Chris Cornell and Prince were in it”. These words reflected the incredible pain from the loss of a loved one. It was a difficult test for the whole family to lose a relative at such an early age. At the funeral, siblings were photographed hugging outside the Valhalla Memorial Park Cemetery in Los Angeles.