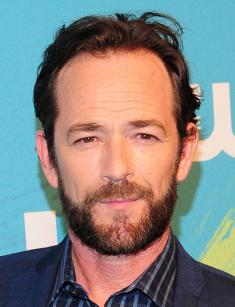 Coy Luther Perry III (full name of the actor) was born on October 11, 1966, in the east of the Midwest, in the city of Mansfield (Ohio). Luke spent his childhood and youth in the village of Fredericktown, Ohio.

Luke grew up in a large family, where his elder brother Thomas, younger sister Amy and stepsister Emily (from his stepfather's previous marriage) also were raised. By the way, some fans mistakenly believe that Luke and actor Matthew Perry are relatives. Perry's parents were ordinary people. His father, Coy Luther Perry Jr., worked hard at the steel plant, and mother Ann was a homemaker and brought up the children.

When Luke was six years old, his parents divorced (there are rumors that in 1990, the father of the actor died of a heart attack). In 1978, Ann married Steve Bennett. When the child was 12 years old, Luke Perry began to think about the future acting career. The little boy wanted to be part of the bright and fantastic cinema world. Perry graduated from the Fredericktown High School in 1984. At school, the young man was the official mascot of the sports team, Freddie.

After graduation from high school, Luke Perry realized that in the native Buckeye State he would not achieve significant success in acting. Therefore, the young man followed his American dream and went to conquer the largest center of the film industry, Los Angeles. However, the City of Angels did not immediately accept the small-town man from Ohio. When he was in Hollywood, Perry worked at door handle manufacturing for a long time, sold shoes and even laid asphalt.

Before he went through the Hollywood Walk of Fame, Luke had endured a lot of ordeals of treacherous life. The actor told Whoopi Goldberg that he failed all 215 auditions in New York City. But, as often happens, Perry was lucky out of the blue, when he and Alice Cooper appeared in the music video for the American glam metal band Twisted Sister’s song “Be Chrool To Your Scuel." Then the filmography of the man included bit parts in the TV series Another World (1988-1989) and Loving (1987-1988).

Luke Perry made his debut in full-length film in 1990, playing in Jordan Alan's low-budget drama Terminal Bliss. The same year, the actor got a leading role alongside Jennie Garth, Shannen Doherty and Jason Priestley in the teen drama Beverly Hills, 90210 directed by Darren Star and Duke Vincent.

This series about the life of the wealthy youth of the 1990s is not connected with nice rich guys and girls who have the illusory perception of the world as if they see everything through rose-colored spectacles. Directors, like writer Irvine Welsh, show viewers an unprincipled and incorruptible world where the title characters face the harsh realities of life: early pregnancy, drugs, alcohol addiction, HIV, the death of close friends and unrequited love.

In Beverly Hills, 90210, Luke Perry portrayed the fatal "bad guy" and seducer, Dylan McKay (the writers named him after actor Matt Dillon). Dylan is a charming and handsome adventurer, who after the divorce of his parents, was left high and dry. Fans of the series watched McKay’s life closely because the actions of this guy were contradictory and spontaneous. One day he plunges into passionate love affairs, another day the man is treated for alcohol abuse.

It is noteworthy that during the audition Luke performed after about 20 actors. The casting was not easy because candidates had not only to show their skills, but also surprise the jury with knowledge of a foreign language. But the young man could conquer the hearts of the creators immediately, so the decision was unanimous. According to rumors, after the auditions, one of the channel managers mentioned that Luke was not suitable for the role of Dylan, and obstinate studio leaders refused to pay for Perry’s work. Therefore, Spelling, the producer of Beverly Hills, 90210, had to pay out of pocket.

After a successful and prominent role in the teen drama, Luke Perry’s life was in full swing. He received numerous proposals from the directors. For example, in 1992, the actor was lucky to work with Kristy Swanson, Donald Sutherland and Rutger Hauer in the cult comedy horror movie Buffy the Vampire Slayer.

Luke got a leading role in the crime drama Normal Life (1995). The actor portrayed a mustached police officer, Chris, who for the sake of his drug-addicted wife (Ashley Judd) was ready to abandon his own principles and break the law. In 1997, Perry took part in Luc Besson's cult fantasy action movie The Fifth Element, which also starred Bruce Willis, Milla Jovovich, Gary Oldman, Chris Tucker, and other famous movie stars.

In 1997, Luke also got a leading role in P.J. Posner’s movie Lifebreath. In this thriller film, Luke Perry appeared as an honest family man, Martin, who was looking for a rare blood type for his sick wife. He was ready to get it killing an innocent person.

Luke Perry has proved his worth as an actor playing characters mainly in action films, thrillers or melodramas. For example, he portrayed a detective in Indiscreet (1997) and a young genetic scientist, Michael, who had to fight against dangerous bandits, in the film The Enemy (2001). But Perry has also appeared in comedies or family films, such as Good Intentions (2010), Scoot and Kassie’s Christmas Adventure (2013), It's Gawd! (2014), etc.

In 1996, the actor had a short love affair with a charming, beautiful lady, Yasmine Bleeth (star of the series Baywatch), but soon they broke up. Luke’s next girlfriend was actress Rachel Minnie Sharp, but this relationship also ended (the couple divorced in 2003). In this marriage, Perry had children: son Jack (1997) and daughter Sophie (2000).

It is unknown whether the actor has a girlfriend or not. Luke does not use Instagram, where people could have seen photos of his beloved woman.

In 2016, Luke Perry played in the comedy-drama Love in Paradise, and in 2017 the actor participated in the shooting of the teen detective series Riverdale. This teen drama, which some TV viewers have compared to Lynch’s Twin Peaks, tells the story of Archie and his friends in a dark town, enveloped in mystery.

KJ Apa, Lili Reinhart, Cole Sprouse, Camila Mendes, and others also joined the cast of Riverdale. There are rumors that Luke Perry will play in Soho, Climbing Life, and The Griddle House.

Perry had a massive stroke at his home in Sherman Oaks, Los Angeles, on February 27, 2019. He died from complications on March 4 at the age of 52. 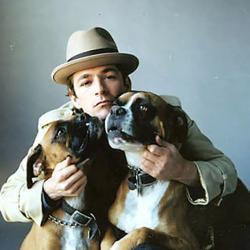