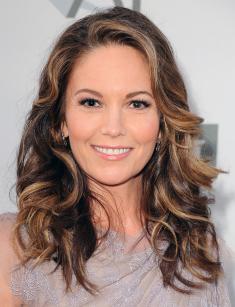 Diane Lane is an American actress who became world-famous late in life thanks to the drama Unfaithful, although she had played several dozen roles by that time.

Diane Lane was born in New York City to Burton Eugene Lane, a drama coach, and his wife Colleen Leigh Farrington, who worked as a nightclub singer and dancer and also Playboy centerfold, best known as "Colleen Price."

Less than a month after the birth of their daughter, Burton and Colleen divorced. At first, Diane lived with her mother in Mexico, and her father tried to receive custody of the girl with the help of lawyers. He succeeded only five years later, and Lane returned to New York City.

From an early age, the girl knew not only about the theatrical atmosphere, but also the peculiarities of the acting profession. At the age of six, little Diane first appeared on the stage in one of the productions of her grandmother, actress Eleanor Scott. At the age of 13, Lane first appeared on the set and played in the film starring the movie star, Laurence Olivier.

Two years later, the young actress decided to demonstrate her independence, ran away from her father and flew to Los Angeles. Subsequently, Diane admitted that it was the most stupid thing in her life. At the age of 16, the girl returned home, enrolled in high school, but soon disappeared again. It turned out that this time her mother kidnaped her and took Diane to Georgia, where Colleen Leigh Farrington lived at that time. The father challenged her mother in court and gained a suit at the law again. Later Diane Lane refused to communicate with her mother for many years, but finally, they built rapport.

Diane began her acting career when she was a teenager. 13-year-old Diane Lane debuted in the melodrama A Little Romance. Then she appeared as a child actress in television series and movies, which did not have much success. But the actress began to play adult characters much better, especially in the films The Outsiders and Rumble Fish directed by Francis Ford Coppola.

Later, Diane Lane participated mainly in ambitious but low-budget projects. Successful films were released in the late 90s. These are the melodrama A Walk on the Moon, the action thriller The Perfect Storm and the thriller The Glass House. At the beginning of the new century, she worked together with Keanu Reeves on the sports drama Hardball, and in 2002 the actress finally became famous.

The psychological drama Unfaithful, in which Lane played a woman cheating on her husband, was a huge success and received excellent reviews from film critics. Besides, Diane and her partner Richard Gere were nominated for the Academy and Golden Globe Awards and also won many other film awards. The same actors created a sensation again thanks to the melodrama Nights in Rodanthe.

Subsequently, the actress starred with John Cusack in the romantic comedy Must Love Dogs and with Adrien Brody and Ben Affleck in the crime drama Hollywoodland. In 2008 the actress got a lot of leading roles. Diane Lane played together with Mickey Rourke in the crime thriller Killshot. She also portrayed the title characters in the above-mentioned melodrama Nights in Rodanthe and the crime thriller Untraceable.

In 2010, the actress played with John Malkovich in the biographical film Secretariat. Diane Lane also had the leading female role there.

Later, the actress got a prominent role in the film adaptations based on comic books. She portrayed Martha Kent, the foster mother of a superhero, in the famous action movie Man of Steel and Batman v Superman: Dawn of Justice.

The second blockbuster even includes women-centered narratives, although it is not connected with Lane’s character directly.

During the shooting of the gangster drama The Cotton Club, Diane Lane met actor Christopher Lambert. They dated a couple of months and then broke up. But two years later, their life paths brought them together on the set, and Lambert began to make time with Lane again. In 1988, they officially married. The wedding took place in the romantic city of Santa Fe. In 1993, the daughter of the actress, Eleanor Jasmine Lambert, was born, but less than a year later the famous husband and wife divorced.

The second husband of Diane Lane became Josh Brolin, an actor and the star of the film No Country for Old Men. They married in the summer of 2004 after a one-year relationship. This family lived together for almost ten years, although the actors were involved continuously in huge scandals. At the end of 2013, the divorce was finalized, and Diane Lane became a free woman again.

In 2016, Diane Lane starred in the comedy melodrama Paris Can Wait. The film premiered on September 12 at the Toronto International Film Festival. The actress’s heroine, Anne, is a woman who chooses the right path in her life. She is successful and wealthy. Anne is married to an in-demand filmmaker, but it does not make Anne happy.

It is a road movie. In the beginning, the woman with her husband's business partner goes from Cannes to Paris. This trip should take only seven hours, but the heroes believe that Paris will wait, and turn the journey into a two-day trip filled with sightseeing, romantic discoveries and exquisite meals.

In 2017, Diane Lane played the leading female role in the biographical spy thriller Mark Felt: The Man Who Brought Down the White House. The actress played the role of Audrey Felt, the wife of the protagonist, Mark Felt (Liam Neeson). FBI agent Mark Felt became an anonymous source ("Deep Throat") for reporters exposing the Watergate scandal.

The agent gave information to reporters Bob Woodward and Carl Bernstein. It provoked an investigation with the help of bugging devices, which ultimately led to the resignation of the president of the United States, Richard Nixon. This scandal was the first and so far the only case in the history of the United States when the president of the country resigned from the position.

In 2017, the actress also returned to the role of Martha Kent in the blockbuster Justice League. According to the plot, the main superheroes of the Earth are going to unite to fight against the threat that they cannot withstand alone. Of course, this group includes Superman, the adopted son of Diane Lane’s heroine.

At the end of July 2017, they began shooting a new film with Diane Lane in Mauritius. It is Steven Knight's drama thriller Serenity. Diane Lane got the role of Constance. The actress's partners on the set were Matthew McConaughey and Anne Hathaway.

The film takes place on an island lost in the Caribbean. The protagonist is the captain of a fishing vessel who receives strange visions of his mysterious past.

Besides, the actress got a role in the new drama television series The Romanoffs. 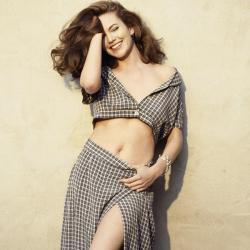