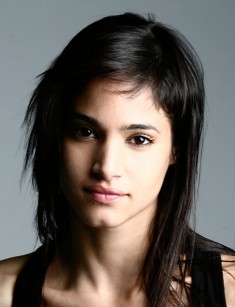 recently (she received her first leading role in 2012), but in her filmography, she has well-known works of the famous directors, for example, The Mummy, Star Trek Into Darkness, Atomic Blonde, etc.

Unfortunately, the biography of Sofia is somewhat mysterious: the girl didn’t tell much the journalists about her childhood and young years. The future actress was born on the 3rd of April, 1982 in the sunny African town of Algiers close to Bab El Oued district. Little Sofia grew up and was brought up in the creative atmosphere because her father Safy Boutella is a famous jazz musician and dancer in his hometown. There is almost no information about the actress’s mother, but by rumor, she worked as an architect.

At the age of five Sofia began to master choreography. Sofia’s father has dramatically influenced her creative life. Safy has imparted the musical taste for his daughter and directed her natural acting skills on the right path. The music was always playing in Boutella’s house. There were not only dancing songs, but also ethnic compositions, due to which small Sofia began to feel love and keep the memory for the African. In 1992, the girl changed location and moved to France with her family. Here she continued her dancing studies.

In France Sofia, Boutella began to be engaged in artistic gymnastics. She demonstrated her coaches outstanding plasticity and agility, due to which she achieved the second place in the French championship. When the future actress turned seventeen, she became interested in hip-hop culture and street dances. Together with her friends, Boutella danced on the city grounds and at the shopping malls. The passers-by, who were admired by her dancing, often forgot about their affairs and topped to watch the spontaneous performances of the energetic team.

Sofia’s acquaintance with the choreographer and director Blanca Lee can be considered a real start in the girl’s career. It was she, who entrusted Sofia with the role in the movie Super DJ (DJ: Le Defi, 2002). In 2005, the charismatic brunette gained fame: she took part in the advertising of the world-famous manufacturer of sportswear and footwear Nike. It’s noteworthy the dancer came to this casting of the American company by chance. She was somewhat interested in it, and she could hardly imagine that a year later she would become the face of this brand.

However, Jamie King (this young man is often called the MTV star choreographer MTV) has noticed gifted and talented Sofia. As a result of the collaboration of two professionals, there was released the video "NikeWoman," in which the plastic girl was dancing breakdance to dynamic, loud music. It's not amazing that the famous pop singers noticed Boutella with her exotic appearance. She appeared on the same stage with Madonna (you can see Sofia in the video Hung up & Sorry), Rihanna, Justin Timberlake, Britney Spears and other foreign pop celebrities.

The actress shared in the interview that when she was working with Madonna (for whom choreographers are more important than the musicians), the famous singer let her troupe realize their acting potential. She wanted to say that before the performances she made up some exciting plot and her dancing team had to express it with the movements and gestures.

Also, it’s known that in 2009 Sofia Boutella was to perform in Michael Jackson's band, but because of Madonna's tour, the girl didn't manage to appear on the stage together with the king of pop music. In 2011, Boutella took part in the video Hollywood Tonight dedicated to the singer.

Before beginning her cinematic career, Sofia attended acting courses in Paris for two years. The first Boutella’s appearance before the director's cameras did not bring her success: in the movie Super DJ (2002) the Algerian actress played the supporting role. In 2012, Sofia was lucky to participate in the popular StreetDance 2 franchise.

The plot of the picture is somewhat unusual: an ambitious, handsome young man Ash (Falk Hentschel) dream to win the Streetdance contest, that’s why the guy dreams of heading the troupe, which will have no equals. The young man sets for the searches of the participants of the troupe in the different places of the world. The guy travels across Great Britain, Germany, Italy, Russia, and France. But once he met the girl - an energetic salsa dancer Eva, with whom he falls in love at first sight. However, it’s not so easy to conquer such a hot and passionate girl.

After this movie, the eminent directors began to invite Sofia Boutella to take part in their films more and more often. So, in 2014 there was released the thriller Monsters: Dark Continent. In 2015 the miniature actress who is 165 cm high and weighs 55 kilos participated in the huge-budget action movie Kingsman: The Secret Service. In 2016, Sofia Boutella again became successful; she appeared in the 13th movie of the famous media franchise Star Trek - Star Trek Beyond.

In this movie, which narrates the space adventures of the crew of the Enterprise ship, Sofia performed the treacherous alien Jaylah. It’s worth noting that during the shooting the girl spent four hours a day in the chair of the make-up artists. Chris Pine, Zachary Quinto, Simon Pegg and other famous film stars were included into the cast of this science-fiction movie.

In 2017, the director Alex Kurtzman delighted movie admirers with the remake of the iconic picture of Stephen Sommers - The Mummy. In this film, the main characters were performed by Sofia Boutella, Tom Cruise, and Russell Crowe. The movie narrates the story about the cruel daughter of Pharaoh Ahmanet, who was buried alive inside the sarcophagus.

After the group of the archaeologists has found this ominous tomb, the spirit of the Egyptian princess comes back to the real world. She leaves chaos and nightmare behind her to receive what belongs to her by right.

The actress keeps her personal life in a strict secret, as Sofia prefers not to discuss her relations. At least in the interview of 2012, the dancer confessed that she was not married. That’s why the actress’s admirers can only guess if she has a beloved man. However, it is known that Sofia considers the actor Marlon Brando to be an ideal of male beauty.

Besides, Sofia has told that she leads a healthy way of life: she does not smoke and prefers eating vegetables, fruits and cereals (rarely she eats meat). Also, a fragile actress feels free to participate in frank photo shoots. For example, you can see her photos not only on Instagram but also in Hugh Hefner's Playboy cult magazine.

In 2017 Boutella acted in David Leitch’s the movie under the title Atomic Blonde. During the shootings of this fighter, Sofia worked on the same movie set with Charlize Theron, James McAvoy, John Goodman and other famous actors.

Besides that, the girl is preparing to take part in the movie based on the novel written by Ray Bradbury - Fahrenheit 451. 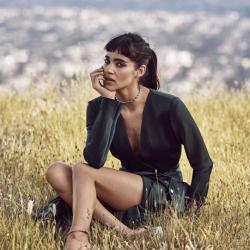