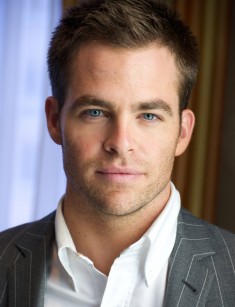 Chris Pine is an American; he earned the global fame after the role of Jim Kirk in the reboot version of the iconic franchise Stat Trek and strengthened his position in the comics blockbuster Wonder Woman.

Christopher Whitelaw Pine was born in August 1980. He was probably destined to become an actor: two generations in his family devoted their lives to acting. The boy’s parents were actors. The grandmother from the maternal line used to be a Hollywood star. Even the grandfather, who was a lawyer, had something to do with Dream Factory: he headed the Hollywood Bar Association.

Chris Pine has English, Welsh, and Jewish roots; the lawyer grandfather was Jewish.

Chris spent his childhood and youth in Los Angeles. He concentrated on languages and literature at school; after the graduation, he entered the University of California, Berkeley to study English. When he became a Bachelor of Arts, he went to England where he continued to master his knowledge on linguistics.

For all these years, Chris Pine had a keen interest in acting. He appeared on the stage when he was a school student; he often performed at the Williamstown Theatre Festival. Pine continued to improve his skills at the university.

The young man’s parents did not become big movie stars. The mother had to quit acting and come back to school to become a practicing psychologist. Thus, Chris felt he ought to make his name famous.

Initially, Chris Pine was involved in theater work. Still, the young man realized he could gain popularity only on the big screen, so he aimed at that. Similar to his young colleagues, he debuted in series and got a small role in the popular project ER (1994-2009). Several episodes in popular series followed soon.

The young man’s relaxed manners, bright appearance, and athletic body type (the actor’s height is 183 cm., and his weight is 78 kg.) were noticed. In a while, Chris Pine received more significant roles. In 2004, he appeared in a full-length movie for the first time: it was The Princess Diaries 2: Royal Engagement where he played the boyfriend of Anne Hathaway’s character.

The movie was high-ranking but failed to turn Pine into a star. It happened two years later when the actor participated in Joe Carnahan’s comedy crime action movie Smokin' Aces. The young man had the chance to cooperate with Jeremy Piven, Ray Liotta, and Ryan Reynolds. The same year, Chris took part in the melodrama Surrender, Dorothy and the comedy Just My Luck starring Lindsay Lohan.

In 2006, Chris Pine’s career began to develop rapidly. The son was apparently to achieve what his parents never did. Soon, he appeared in the touching comedy Blind Dating. The role of a blind young man who was looking for his love made the actor tremendously popular. This tendency revealed itself in Randall Miller’s comedy melodrama Bottle Shock. The lead role in the popular Star Trek movies made the actor a star; critics appreciated his work in these projects.

2009 Star Trek was the reboot version of the 1960s canon series Star Trek. Chris Pine played the iconic fantastic character, Captain James T. Kirk. The role of the first officer was given to Zachary Quinto; Karl Urban took the role of the starship chief medical officer. The movie told the story of the Enterprise crew formation and the heroic rescue of the Earth from the alien threat.

In 2013, Chris Pine came back to the role of Captain Kirk in the sequel Star Trek Into Darkness. The movie creators reconstructed one of the most dramatic scenes of the original series. Chris was involved in this scene and showed the depth of his acting talent.

Among the next movies, the drama Carriers, the black comedy The Lieutenant of Inishmore, and high-concept movie Unstoppable starring legendary Denzel Washington stand out.

In fall 2009, it was announced Pine was negotiating for his participation in Jack Ryan: Shadow Recruit, the screen version of Tom Clancy’s novel. Chris was a candidate for the role of Jack Ryan. Before Chris Pine, Harrison Ford, Ben Affleck, and Alec Baldwin personified this character. In 2014, the plans came true: the actor starred as the main character.

In the comedy action movie This Means War, Chris Pine had another lead role. Reese Witherspoon and Tom Hardy appeared in this movie as well. Pine and Hardy played two CIA agents who fell in love with one and the same woman and tried to gain her favor by their personal charm and professional tricks.

It is not an easy task for the actor’s fans to learn about his private life: the man seldom shares the details and has no Instagram account.

The Hollywood celebrity does not lack women’s attention; there are crowds of fans who adore him. The model Dominique Piek and the Icelandic model Iris Bjork used to date the artist. The paparazzi often saw Chris and Iris in romantic places: a cozy Parisian restaurant or nightclubs. In his interviews, the man confessed he dreamed of a family, a loving spouse, and many children.

At the end of 2014, the couple broke up. Chris Pine did not spend a lot of time alone: in 2015, people were talking about his new romance with Zoë Kravitz, the daughter of the musician Lenny Kravitz. Everybody was interested if Zoë would marry the actor. However, nothing significant followed.

Fans also do not exclude the theory that Chris may be gay; they keep watching who makes company to the actor. After Star Trek, fans were discussing Chris’s possible romance with his stage partner, Zachary Quinto.

In 2016, Chris Pine appeared in the next space saga movie Star Trek Beyond. The ship’s crew was involved in the five-year mission to the deep space and unknown planet exploration. The actor skillfully portrayed the metamorphosis in the brave captain’s character: gradually, the hero was turning into a person exhausted by the monotonous days amidst space and the burden of responsibility.

In 2017, Chris Pine appeared in another popular franchise: he joined the DC movie universe. Chris played the male lead role in the comics action movie Wonder Woman; Gal Gadot played the Amazonian superheroine. Chris’s character, a pilot Steve Trevor, suddenly reaches the Amazon’s island and persuades Princess Diana to help the world win the war against the Nazi; the story of the famous superheroine begins. 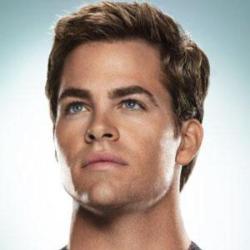