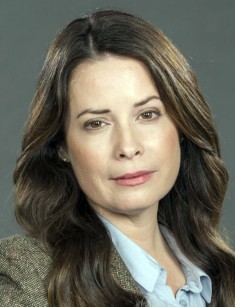 Holly Marie Combs is an American actress and producer who became world-famous after the release of the series Charmed, where she played the major role of Piper Halliwell.

The girl was born on December 3, 1973, on the California coast in San Diego. At the time of her birth, Holly’s parents, David and Lauralei Combs studied at school. Her mother was almost 16 years old, the father was 17. Young people left the school and began to live an independent family life. David worked in the wareroom, and Lauralei worked at the stud farm, although she dreamed of becoming an actress. The marriage lasted two years. The girl's parents split up. Holly lived with her mother in rental apartments for a long time, but in 1981 they moved to New York where Lauralei married a bartender.

Family life did not improve, but Holly started filming in commercials. Then the teenager entered Ernie Martin’s course of the Professional Children's School N.Y. During these years, Combs led a very free life. The girl began to smoke, got tattoos on her shoulder and wrists, tried drugs and drinking, but soon managed to give it up.

Holly's acting career started when she was at school. In 1985, the mother and daughter played supporting roles in the series Walls of Glass. Two years later, the girl appeared in the episode of the film Sweet Hearts Dance with Don Johnson and Susan Sarandon in the lead roles. At 16, Combs appeared in the film Born on the Fourth of July directed by Oliver Stone. In this film, the girl was lucky to play with the rising star Tom Cruise.

The first significant film in Combs’ creative biography was the drama series Picket Fences, where the girl appeared in 1992 as Kimberly Brock. Combs managed to win the love of viewers and critics for 4 years of the broadcast. She won the Young Artist Award for it. The press began to call Holly the "queen of teenagers." The series had high ratings and won 14 Emmy Awards for that time.

In the 1990s, the young actress played in a number of little-known films Simple Men, Chain of Desire, Dr. Giggles and A Reason to Believe. Combs was invited to TV projects too. The young woman starred in Perfect Stranger, Sins of Silence, Love’s Deadly Triangle: The Texas Cadet Murder and Our Mother's Murder. In 2001, Combs was cast for the crime comedy Ocean's Eleven, where Hollywood stars George Clooney, Brad Pitt, Matt Damon, Julia Roberts played along with her.

The main film in the Combs’ filmography is the series Charmed, where the small (Combs’ height is 157 cm) thin (her weight is 48 kg) actress managed to get a major role. The shooting began in 1998 and continued until 2006. For three seasons, Combs’ partners on the set were Shannen Doherty and Alyssa Milano. Later, Rose McGowan replaced Doherty. The actresses played sisters who had supernatural abilities.

The young women moved through time and space, they could use teleportation. The actresses had to do all tricks wearing elegant costumes and high heel Paola shoes. They filmed 14 hours a day, but despite the fatigue, there was a good-natured and cheerful atmosphere on the set, and the main heroines constantly made fun. Combs also co-produced the last seasons of the series.

After the success of the series Charmed Holly starred in two more TV projects Mistresses which missed expectations of the creators and the youth drama Pretty Little Liars, based on the books of Sara Shepard. The detective beginning of the plot made the film popular with the audience, so the television series had 4 seasons. In the film, Holly Combs played Ella Montgomery, the mother of the main heroine Aria.

At the age of 19, Holly hurried to marry actor Bryan Travis Smith, although they dated for a short period of time. The young couple celebrated the wedding in Las Vegas. But their relationship lasted only for 4 years, and then the artists divorced. Holly’s next boyfriend was a simple school teacher. However, Holly thought everything over and did not dare to marry.

In 2004, the actress finally met the man of her dreams, it was a scene man, David Donoho, who also worked on the television series Charmed. Holly and David bring up three sons Finley Arthur, Riley Edward and Kelley James. In 2011, the couple announced their divorce, but both parents retain custody of their children.

Combs lives a solitary life and avoids society parties. The actress together with her husband often rides a motorcycle along the Pacific coast. Donoho and Combs have a small stable with three horses Jesse, Jake, and Zhozebel on their own ranch in Belle Canyon. The actress is fond of horse riding and the actress of Charmed, Alissa Milano, liked this hobby too. In addition, there are two cats, five dogs, rabbits, hamsters, birds and fish in the actress’ suburban house in the Spanish style.

In addition to the family and creative work, Holly Combs runs the Street Child organization, whose goal is to help troubled teenagers in a difficult situation. All the information about the actress can be found on her personal account on Instagram, where Holly posts family photos and videos as well those from the set.

After the celebration of the 17th anniversary of the broadcast of the series Charmed, Holly Combs and Shannen Doherty was invited to participate in the TV series Off the Map. The actresses with the crew were to travel around the United States in 2016 and show viewers unknown places of their beloved homeland.

On her Twitter page, Holly Combs sincerely wished the creators of the series success in their endeavor. But time will show whether the producers of the remake get to the former popularity of the series or not. 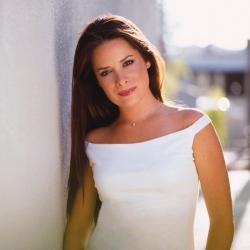