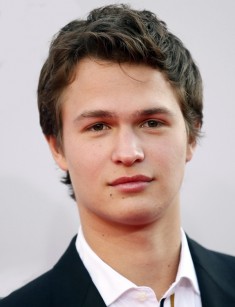 Ansel Elgort is an American actor and musician, known for roles in the films Divergent, Carrie, The Fault in Our Stars and Baby Driver.

Ansel Elgort was born in New York City on March 14, 1994. The actor’s father, Arthur Elgort, is a fashion photographer of Russian-Jewish descent who worked for Vogue for over thirty years, and his mother, Grethe Barrett Holby, is an opera producer and director of German-Norwegian ancestry. Ansel's maternal grandmother, Aase-Grethe, was a member of the Norwegian resistance during the Second World War and helped save Jewish children.

The artist has a brother Warren, a film editor, and a sister, Sophie, a photographer. Ansel’s family lived in the heart of Manhattan, near the Central Park.

When the future artist was nine, his mother took him to the ballet school, but Elgort did not like to dance. Moreover, during one of the rehearsals the boy injured his leg, this circumstance put an end to his ballet classes.

For a few months, Ansel attended acting classes and art school, where he first appeared on the stage. The future star liked to perform in the theater, and after watching the Broadway musicals Oklahoma! and 42nd Street, he wanted to connect his life with an acting career.

The actor began his career in the theater. He appeared on the screen only in 2013, performing a bit part in the movie Carrie with Chloe Grace Moretz (remake of the 1976 film). But no one paid attention to the young artist.

He became famous after appearing in the film Divergent, where he played the brother of the main character. This screen version of the youth bestseller by Veronica Roth was released in March 2014. Ansel’s partners on the set were Shailene Woodley, Miles Teller, and Theo James.

In May 2013 (shortly after the shooting of Divergent) it became known that Ansel would play Augustus Waters in the screen adaptation of John Green's novel The Fault in Our Stars. The actor also worked with Shailene Woodley, who appeared in the image of his girlfriend, Hazel Lancaster.

The movie is based on real events. It tells about a teenage girl with cancer. At a support group meeting, the young lady gets to know and falls in love with a young man who lost a leg. The guy brightens the beloved girl’s life. So, she does not regret anything in the end.

Immediately after the premiere (June 2014), the film won popularity with critics and viewers, having $300 million box office worldwide.

Later, the actor returned to the role of the brother of the main hero in the sequels to Divergent. In 2015, Ansel appeared in the film Paper Towns. Few people know, but Elgort was one of the candidates for the role of Han Solo in the Star Wars spin-off film, which premiered in 2018. But the actor did not get the role during the final stage of casting.

Ansel was carried away by electronic music during his studies at the acting school. At that time Elgort published his music on Soundcloud under the name Ansølo. The first song was a remix for Lana Del Rey's "Born To Die."

In February 2014, the artist signed a contract with the label Staar Traxx, as well as with Steve Angello Size Records, and two months later he released the first studio record Unite. In July of the same year the song "Totem" was released, and in September 2015 Ansel, inspired by the folk music of Eastern European Jews, recorded the single "To Life."

The actor soon signed a new contract with Universal Records and released his first single titled "Home Alone" in July 2016. In February 2017, he released the song "Thief" under his real name. It is noteworthy that his girlfriend Violetta Komyshan starred in the video for the song.

During this period, the guy also collaborated with the rapper Logic, helping the musician record the third studio album Everybody. The singer was featured on the song "Killing Spree."

Despite the natural charm and fame, Elgort has not had a lot of love affairs and relationships. In 2012 the actor began dating his classmate, ballerina Violetta Komyshan. Two years later the couple broke up. The reason was the busy working schedule of the young man. The young people could not spend time together.

Ansel and Violetta reconciled after five months of separation, in January 2015. Now the couple is trying to spend together as much time as possible, and the lovers live in each other's pockets at parties.

The artist is a skateboarder, and he plays street basketball in his spare time. The actor’s hobby is also painting, and he posts the most successful pictures on social networks.

In March 2017, the action movie directed by Edgar Wright Baby Driver was released. The film tells about a young driver who works for a crime boss. Ansel Elgort, Lily James, and Kevin Spacey played the leading roles.

In November of the same year, the drama November Criminals premiered. Chloe Moretz was the actor’s partner on the set. The film shows a young man named Addison who has never thought about what was happening around him. He lived only for himself.

He graduated from high school, but he did not know what to do in the future. The guy earned money selling drugs, although he understood that he could go to jail for such activities.

Addison sold the products to local children, and his business flourished. The young drug dealer has always had money. Everything turned upside down when the young man found out that someone had brutally killed his friend.

The protagonist did not understand why they murdered a man who did not do any harm in his life. He is gravely concerned about the incident and decides that he will not wait for the investigation, but he will sort out the situation himself.

The young man knew that he could not cope with the problem alone, so he took his girlfriend. The young people believed that they would find criminals, but the more they found out, the more frightening and confusing the story became.

In 2018 the filmography of the actor with the height of 191 cm will also include the thriller Billionaire Boys Club, which tells about a group of young people who have decided to pull a deadly scheme. If they succeed, all its participants will earn huge money.

Despite the hectic schedule, the actor does not forget about his fans. Ansel regularly posts film premiere photos as well as personal pictures on Instagram. Moreover, anyone can easily find information about the creative career of the Hollywood star on the Internet. 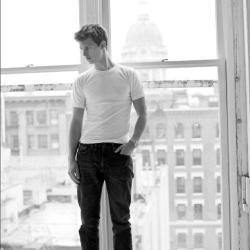