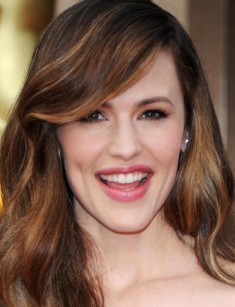 Jennifer Garner is a Hollywood actress and producer; she won the Golden Globe Award for the role of Sydney Bristow in the series Alias.

Jennifer Anne Garner was born in April 1972 in Houston, Texas, into a middle-income family. The mother was an English teacher, and the father worked as a chemical engineer.

Jennifer and her sisters, the elder Melissa and the younger Susannah, were treated with a firm hand. Each Sunday, the family went to the Methodist church; the children went to a religious school together. The parents did not allow the daughters to wear bright clothes and jewelry; when the girls were teenagers, they did not have their ears pierced or use cosmetics.

As a result, Jennifer Garner was a stiff and unsociable child with no friends. When the girl was three, the parents took her to a ballet school where Jennifer spent nine years, although she did not like that; at least, she was not going to devote her life to ballet.

The family did not live in Houston for a long time. When Jennifer turned four, the Garners moved to Charleston where the girls finished secondary school. In this city, Jennifer joined an orchestra and played saxophone; she also learned how to swim, play the piano, sing, and participated in a local student theater performance.

The father decided that the middle daughter should continue his work and become a chemist.

Thus, in 1990, Jennifer Garner entered Denison University; chemistry was her major. It was not the young woman’s choice, so she was not a diligent student. Garner felt happy only when she joined the university drama club. In a couple of years, Jennifer showed the unprecedented stubbornness and changed her major; finally, she started learning drama.

In 1994, the young woman graduated and planned to master her skills at Yale University. However, she stayed with her friend in New York for a summer and decided to stay there.

In 1995, Garner got hired at the theater where Helen Mirren and F. Murray Abraham worked. The beginning actress received only $150 per month and had to work part-time as a bar waitress. She was going from one audition to another but could not have even a minor movie role. As for the theater offers, they pertained to dubbing only. Jennifer moved to Los Angeles.

The actress’s career began to develop. Initially, Jennifer had episodic roles in series. In less than a year, Garner was noticed and given the first significant role in the saga Danielle Steel's Zoya. The debut was successful, and Jennifer Garner started her movie career.

In 1996, the artist participated in six projects. Although they were not-so-popular series and melodramas, Garner was gaining the necessary experience and going forward. She appeared in Significant Others and Time of Your Life; the fateful role in Felicity followed. Jen got a visible role of the main character’s girlfriend. At this time, Jennifer met her future husband Scott Foley.

The new century brought Garner fame. In 2000, the movie Dude, Where’s My Car? was released; the actress looked fascinating with her stage partner Ashton Kutcher. Jennifer Garner was noticed and offered a project that became a great hit. In Pearl Harbor, the artist met her future second husband Ben Affleck. In a couple of years, the woman appeared in a new project, Daredevil; it made the creators and the actors financially successful.

The actress’s fame peak is associated with the series Alias starring Jennifer; she gained numerous prestigious nominations and awards for that. Many Hollywood stars including Penélope Cruz auditioned for this role, yet the director insisted Garner should be chosen. This decision proved to be right.

When the actress was working on Alias, she also appeared in Steven Spielberg’s Catch Me If You Can and had the opportunity to collaborate with Leonardo DiCaprio. The director was satisfied with Garner’s work and called her the future superstar.

The directors were glad to have Jennifer Garner in their high-ranking projects 13 Going On 30, Elektra, The Kingdom, and Juno. They valued the woman’s ability to show a wide range of emotions from dramatic to comic.

The actress appeared in the melodrama Ghosts of Girlfriends Past with Matthew McConaughey and the fantastic comedy The Invention of Lying starring Ricky Gervais. The audience took an interest in the drama Dallas Buyers Club and the melodrama Valentine’s Day. In Danny Collins, Garner collaborated with Al Pacino and Annette Bening.

Jennifer Garner’s personal life is almost as successful as her career.

In 2001, the actress married her colleague Scott Foley; the marriage lasted for less than four years. The spouses realized the sudden feeling was only the passion that originated at the movie set, not the real love.

The long-awaited son was born in 2012. However, the couple had to face a crisis; in 2015m they announced their break-up: Affleck cheated on his wife with the children’s nanny.

The spouses managed to keep the family for a while. In 2016, the fans were glad to know that Ben and Jen made amends and spent a romantic vacation in Paris; later, the actors and their children went to the Bahamas. As it turned out, Jennifer kept the relationship with her husband for the sake of the children who needed their father.

In 2017, the couple split up for good. Ben Affleck began to go out with 36-year-old Lindsay Shookus, the producer of Saturday Night Live. The couple often visited social events together.

Jennifer’s life was also marked with changes: the actress was seen with Chris Pine (Wonder Woman, Star Trek, Star Trek Into Darkness, Rise of the Guardians, The Princess Diaries 2: Royal Engagement). However, she did not rush to announce her new relationship; as it turned out, it was the right decision. At the beginning of 2018, the beauty was seen with Josh Duhamel, the ex-husband of the singer Fergie. Josh and Jennifer starred together in the movie Love, Simon; when the work was done, the couple was frequently noticed together.

Despite her personal troubles, the actress continues to master her professional skills. Three or four popular movies with the actress are released annually.

In 2016, Garner played the lead role in the family drama Miracles from Heaven about the recovery of the main character’s small daughter.

Garner also appeared in the comedy Mother's Day; the cast was brilliant: Jennifer Aniston, Julia Roberts, and Kate Hudson. The movie tells the story of a single father; several women try to marry him. Later, the actress participated in the family comedy, her favorite genre, Nine Lives and played a loving wife. The artist had a similar role in the drama Wakefield.

In 2017, Garner starred in the comedy A Happening of Monumental Proportions. In the fall of the same year, she joined the cast of the drama The Tribes of Palos Verdes. In 2018, the family movie Love, Simon was premiered; it was the story about a high-school student who hid he was gay. Jennifer Garner played the young man’s mother.

Apart from acting, Jennifer Garner tried herself in producing. She is working on the detective thriller Sabbatical where she will also play the main character. 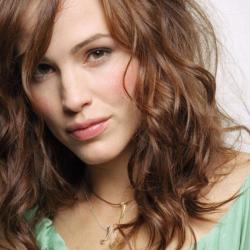