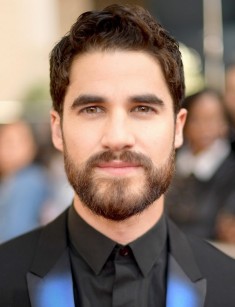 When Darren Criss appeared in a romantic film as a handsome gay character, he stole the hearts of not only young girls but also men with different sexual orientation. The straight man could brilliantly play a warm feeling towards a man, which proves the talent of the young actor.

Darren Criss was born on February 5, 1987, in sunny California, USA. The boy has an attractive bright appearance due to the mixed ancestry. Mother Cerina Bru is a Filipino of Spanish and Chinese descent. Father Charles William Criss is an American Irishman.

Cerina is an investment broker, but Charles is a patron of the arts as the press nicknamed the former Chairman and CEO of the bank. The man directed the San Francisco Opera, as well as some musical organizations. It is not surprising that the youngest son liked to compose music. Besides, the boy showed excellent acting skills, brilliantly playing on the stage and captivating the audience.

At five the kid began learning to play the violin. Later, Darren also learned to play drums, guitar, piano, mandolin, and cello. The musician can boast of a perfect ear for music and singing.

First of all, the young man considered himself to be a singer and musician. In high school, the boy was an accompanist, and he performed songs in a band. At the age of 15, the talented young man wrote the first song, which later would be the title track of the debut album.

At the same time, he developed his acting skills. At ten the future artist and star of series was accepted to the conservatory theatre, where he studied theater performance for one year.

In 2012, the actor was meant to play Harry Potter again. Darren replaced Daniel Radcliffe in the Broadway production How to Succeed in Business Without Really Trying. The performance was successful, and the play grossed more than $ 4 million. In 2012, the actor also first appeared on the screen. He played a role in the comedy Girl Most Likely, which premiered at the Toronto festival. Darren’s partners on the set were Kristen Wiig, Matt Dillon.

Criss achieved the real popularity after the shooting in the television series. He began the career of the TV star in 2009 when the young man starred in several episodes of the fantasy drama Eastwick. Unfortunately, the ratings did not meet the creators’ expectations, and they soon closed the series.

Darren’s career had a breakthrough when he played the role of Blaine Anderson in the musical comedy-drama series Glee. The character appeared in the second season of the TV project, which was released in 2010.

According to the plot, Darren’s hero, the lead singer of the Warblers group, has a relationship with Kurt Hummel (Chris Colfer). Blaine was not aware of his orientation at the beginning. He doubted and questioned his sexuality, but finally accepted love for a man and became happy. The couple even married in the end.

By the way, Darren initially auditioned for the role of the protagonist, Finn Hudson, but the creator of the series, Ryan Murphy, rejected him. However, later Murphy invited the young man to the shooting.

Despite the role of a gay teenager, Darren is straight. Nevertheless, he played the role of Blaine as good as the gay, Chris Colfer. The long-awaited kiss of the lovers looked exciting and real for the viewers.

After the prominent role, Criss managed to avoid the fate of an actor who always plays similar roles. The young man appeared in the episodes of American Horror Story: Hotel.

Besides, he portrayed the fantastic character of the Music Meister in the series about Superman's cousin Supergirl. He played the same role in the superhero series The Flash, which also featured his Glee colleagues Grant Gustin and Melissa Benoist.

Darren continues to develop his music career. Besides, the actor performed songs in Glee. The cover-version of Katy Perry’s song "Teenage Dream" was called the most popular among the singles of the series. By the way, the actor appeared in the singer's video for the song "Last Friday Night."

In 2010 he recorded the album under the title Human. Later, the singer became a member of the American Society of Composers, Authors, and Publishers, and in 2011 signed a contract with Sony Music Entertainment.

Since studying at college, the handsome man has dated Mia Swier. The girl has repeatedly had to endure the rumors about the relationships of her lover.

Although Darren is not tall (his height is173 cm), he has an attractive appearance, a beautiful body, and an attractive look. It is no wonder that the press strives to publish news about the actor's love affairs. There was news that Criss rested together with Lucy Hale or colleague Kristen Wiig.

Darren always refutes the journalists’ conjectures. The best confirmation of the serious relationship with Mia was the announcement of their engagement. The actor published this news on the Instagram page in January 2018. Soon the brunette will become handsome Darren’s wife.

The actor continues to film in television series actively. In 2018, Darren appeared as killer Andrew Cunanan in the next season of American Crime Story. The plot tells about the alleged circumstances of Gianni Versace’s murder.

Besides his acting career, Criss performs at charity concerts, supports the rights of sexual minorities and remains an advocate for LGBT rights. In particular, the actor is a member of the organization focused on suicide prevention efforts among gay, lesbian, transgender people.

The man is a co-founder and partner of the online store for men's products in California. The curly heartbreaker was named an icon of elegant style and one of People's Sexiest Men. Criss has repeatedly appeared on covers of fashion magazines. 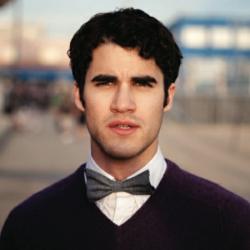