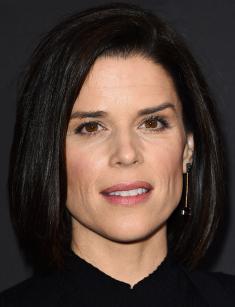 The Canadian actress Neve Campbell became famous all over the world after the release of the cult horror film Scream and movies The Canterville Ghost, The Craft, Wild Things. In 1998, she was the winner of the MTV Movie Awards. She was in the rating of the most beautiful people in the world according to the magazine "People."

Neve Adrianne Campbell was born on October 3, 1973, in Canada. The father of the actress, Gerry, who taught stage skills and her mother, Marnie led a theater club and worked as a psychologist. Campbell has an older brother Christian, who, like his sister, devoted his life to the profession of an actor. It is known that the parents of the movie star divorced when she was barely two years old.

At the age of six, Neve saw the ballet The Nutcracker and was so imbued with it that she began to visit the dance studio. A couple of years later, a talented student studied at the National Ballet School of Canada, in which she participated in the productions of The Nutcracker and Sleeping Beauty.

At the age of fifteen, the girl had to leave her favorite activities because of the trauma and psychological pressure, which she received in training, which the young talent experienced every performance. In the period from the stress and anxiety, the future star began to lose her hair. Fortunately, Neve managed to bring her health in order thanks to acupuncture.

Having just begun her career as a ballerina, the ambitious young lady began to dream of the theater. In 1987, she got the role in the musical The Phantom of the Opera and Campbell decided to conquer the cinematic Olympus at any cost after a stunning premiere and a three-minute flowing ovation.

In 1991, Neve worked for Canadian television. At that time, the actress appeared in the series The Kids In The Hall, Are You Afraid of the Dark? and Kung Fu: The Legend Continues. Then there was the project Podium, in which Neve worked for two years.

In 1994, the young lady starred in the American series Party Of Five, which tells about teenagers, who lost their parents. This project was marked by a Golden Globe and brought Neve her first prominence. Despite the success of the series, Campbell wanted to leave him, to be able to star in feature films but the contract bound her and she had to play all six seasons.

A turning point in Campbell's career was 1996 when she played her most important role. So, the actress got the role of Virginia in the film adaptation of Oscar Wilde's The Canterville Ghost and in the mystical film The Craft, where the young lady turned into a novice witch. The youth audience liked The Craft, as well as the horror film Scream of Wes Craven.

Neve played the main character Sidney Prescott, a student who was the victim of a masked maniac, terrorizing a small town. David Arquette and Courteney Cox starred in the movie too. The movie collected $170 million at the box office and got three sequels, in which Neve also participated.

The film 54 was released with Ryan Phillippe and Salma Hayek in the main roles and the comedy Hairshirt was released the same year. Then the actress starred in the film It Takes Three to Tango, in which her partners on the set were Matthew Perry, Dylan McDermott. Later she worked with Danny DeVito in the black comedy Drowning Mona,and also was noted in the criminal drama Panic.

In subsequent years, the actress managed to create a gallery of memorable images. She played a stenographer from the 20s in the film Investigating Sex (2001), the writer Frances Kroll in the movie Last Call (2002) with Jeremy Irons as Fitzgerald, the mercantile wife in the movie Lost Junction and a dancer in The Company of Robert Altman.

In 2005, the actress again worked with Danny DeVito on the set of the comedy Relative Strangers. She appeared in the political drama Intermission, the comedy I Really Hate My Job and the historical melodrama Closing the Ring two years later.

In 2011, the thriller The Glass Man was released and the actress joined Milo Ventimiglia, William Macy in the fantastic film Walter in 2015, in the center of the plot of which the guy, who made a deal with God.

In 2016, Neve appeared in the fifth season of the series House of Cards with Robin Wright and Kevin Spacey in the main roles.

Back in 1995, the actress married her friend-actor Jeff Colt at the age of 22, whose marriage lasted three years and then broke up. In 2001, Campbell met with John Light on the set of the film Investigating Sex. The lovers announced about their engagement a couple of months later and they were married in Malibu six years later.

However, this union did not last long. In 2011, the artist told the media that she and John are not together. According to their friends, Campbell and Light split up peacefully, without claims and quarrels.

Since May 2011, Neve lives with the actor JJ Feild. It is known that the couple has a son Caspian, who was born in August 2012.

Although the actress's filmography was not replenished with new works in 2017, the star of the horror franchise Scream will work with Dwayne Johnson in the framework of a large-scale 3D-thriller Skyscraper, which is scheduled to premiere in July in 2018. Neve Campbell has a net worth of $10 million.

Will Ford will play the former leader of the elite anti-terrorist special forces and part-time war veteran, who leads a regular life, working as head of security in the impregnable skyscraper of China, after retiring from business.

The building is covered with a large fire because of the machinations of criminals and Will was accused of it. He has to clear his good name and to save his wife (Neve Campbell) at the same time, caught in a fire trap on the upper floors of the building.

The director of the film is the director of the comedy We're the Millers of Rawson Marshall, who worked on the box office hit Central Intelligence. Also, in 2018, the artist of the growth of 5,5 feet (170 cm) and weight of 121 lbs (55 kg) would appear in the films Hot Air and The Bremen town musicians. The information about the cast and subjects of the movies is not yet available.

Despite the tight work schedule, Neve does not forget about her fans. Campbell posts photos from the set regularly, as well as video clips from the rest on "Instagram."

It is worth noting that social networks are not the only resource that tells fans about the latest news from the life of the actress. Materials related to the creative biography of a Hollywood star are also often published on various Internet portals and in printed publications.