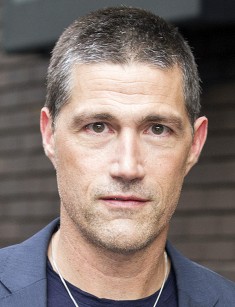 When the movie fans hear the name of Matthew Fox, first of all, they remember one of the most expensive and famous cult shows – the TV series under the title Lost. In many respects, the series turned out to be successful due to the dashing twisted plot and corresponding selection of the cast. Matthew Fox performed the image of the charismatic team leader. It was planned that his character would die in the pilot episode of the series. Whether the producers liked the story of a handsome and strong-willed doctor, or the personal qualities of the actor played the role. As a result, the shootings lasted for six years.

Matthew Chandler Fox comes from Abington, the State of Pennsylvania where he was born on the 14th of July, 1966. His mother Loretta, Italian by her origin, was working as a school teacher, and her father Francis was a consultant in the oil company. Matthew spent his childhood far from big towns on the farm in Crowheart. Here his family was engaged in the raising of the cattle and barley cultivation.

After the completion of the studies at school, Fox entered the Academy of Deerfield in Massachusetts and Columbia University. Here Matthew was studying the economy; Perhaps, he could have a career on Wall Street. But mother of one of his friends was working in the model agency. She had a keen eye, and she noticed the impressive appearance of the student and invited him to take part in the advertising. Matthew liked the process, though he has received the diploma of the economist.

During two years Fox was working partly as a photo model, and at the same time, he was studying at the acing courses in New York. Then he moved to Los Angeles - the world capital of entertainments and movie industry.

In Hollywood, the future actor visited endless auditions and received many refusals and lacked money. At some point, Fox even decided to forget about the cinematography and to continue the family farming business.

Matthew managed to come into contact with the movie industry in 1992 in the small episode in the series Wings. Due to the kind and optimistic show Party of Five with Scott Wolf and Neve Campbell the actor manage to come forward. The series was broadcast during six seasons and received the Golden Globe Awards.

In 1993 Matthew Fox got the main role in the movie My Boyfriend's Back combining the melodrama and horror genres. The same year Fox appeared in the cast of the teenage series CBS Schoolbreak Special. Joanna Cassidy, Keanu Reeves, Jason Scott Lee, Patricia Arquette also looked in this picture.

In 2002 the actor received the leading role in the mystical series Haunted. It was the role of the unusual police officer. Frank Taylor manages to solve the crimes due to the special gift – he can communicate with the underworld. The ghosts want to punish the offenders and give necessary clues to the police officer. At first, Fox didn't like the script, and the actor decided to take part in this project only because of the fee.

In 2004 Fox again faced the mystic and mysteries. The actor was invited to perform the role in the series Lost directed by J. J. Abrams. And it was Matthew’s wife who made him call back to the director.

Fox has liked "the bad guy" Sawyer. Matthew considered that this personage was very similar to him, the owner of the passionate temper and lover of provocation of the surroundings. Though, Josh Holloway has received this role.

Michael Keaton was to perform the character of Jack Shephard. But this actor rejected the invitation to play this role as according to the plot the character was destined to live a short life. Matthew had nothing to lose and the fee for two weeks of the shootings reached 70 thousand dollars.

Fox's tattoos fit the doctor's image very well. The actor began to have tattoos in his youth. At first, they were masked, but later the directors decided that the tattoos were showing Shephard’s inner world greatly.

As Matthew Fox admitted later in one of the interviews, he couldn't assume that things would be settled like that with the series Lost. The directors who were impressed by Matthew’s acting decided to change the script, and the series was broadcast from 2004 till 2010.

The series Lost brought the actors who had appeared in it to the level of the stars. And the same happened with Matthew Fox. Moreover. Fox entered the number of the most highly-paid actors: for one episode in the fifth season, Matthew received the fee of $225,000.

At the same time with the main picture in his career Fox enriched his filmography with the drama We Are Marshall where he appeared together with his namesake – Matthew McConaughey – in the drama fighter Smokin' Aces directed by Joe Carnahan. This movie is an adventure adaptation of the anime under the title Speed Racer. Upon the completion of the shootings in the six-year series, the actor took the annual leave to dedicate time to his family.

Matthew returned on the screens in the image of the maniac murderer of " the Butcher" Sullivan in the thriller under the title Alex Cross which was released in 2012. Fox, at last, received the long-awaited negative role. Fox is obliged to his wife for having such great physical shape. She helped him to observe the vegetable diet, and he was training hard under the leadership of Simon Waterson. The audience wasn't delighted by the movie, and the box-office even didn't cover the budget of 35 million dollars spent on the shootings.

The same year Matthew Fox received the role of the general Bonner Fellers in the historical drama Emperor directed by Peter Webber. The picture told about the events which took place after the capitulation of Japan during the World War II. The character of Fox had a question – whether to consider the emperor the war criminal or not

In 2013 Fox together with Brad Pitt took part in the post-apocalyptic fighter World War Z. The movie was shot in Malta, Hungary, Scotland, Russia, and was shown as an opening movie at Moscow International Film Festival. Because of the particular plot, the movie was forbidden in China even though the plot was rewritten later.

Among the latest actor’s works on the movie set, there is one more post-apocalyptic movie and western. In the first movie under the title, Extinction Fox performed the role of one of two friends - Patrick. The humanity became the victim of the virus and was degrading morally. Patrick and his neighbor Jack had to forget about the old offenses and unite their forces against the monsters.

The second movie - Bone Tomahawk combines western and horror genres with characteristic to these genres cannibals, blood scenes and some dead bodies. In this movie, there appeared Patrick Wilson, Kurt Russell, Richard Jenkins. Both movies were released in 2015.

Matthew Fox god defined with his personal life at the age of twenty-five. His wife Margherita Ronchi is a former Italian model. Matthew got acquainted with the girl when he was working partly as a courier and delivered flowers for Margo.

In August of 1998, Margherita gave birth to their daughter Kylie. Three years later their son Byron was born. When the actor took part in the project Lot and his family moved closer to the place of the shootings - to Hawaii, and later they settled in Oregon.

Fox is a fan of football clubs Arsenal and Philadelphia Eagles. In addition to his fancy for surfing and baseball, there have joined swimming, riding, and photography.

On Instagram, there are registered a couple of unverified pages with the name of Matthew Fox where there are published the production photos and shots from the movie sets. But according to the information on one of these fan pages, the actor doesn’t use this page personally.

In November of 2017 on Facebook there appeared the news about the death of the actor. The representatives of Matthew Fox announced later that it was a cruel joke and it was a bad idea to believe the information on the web. 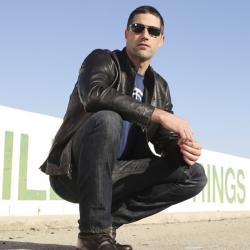