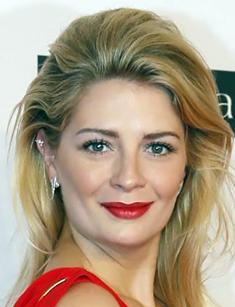 Mischa Anne M. Barton is a model, an American film actress; she became famous after playing the role of Marissa Cooper in the television series The O.C.

Mischa was born on January 24, 1986, in London. Her father, Paul Marsden Barton, an Englishman, worked as a foreign exchange broker in Manchester, and her mother, Nuala Barton, an Irishwoman, worked as a photographer. The family has an elder daughter, Zoe. In 1990, the girls' father was offered a job in New York City on Wall Street, to which Barton agreed without hesitation. When the family moved to America, a third daughter, Hania, was born.

Older daughters were sent to the summer camp every year, where Mischa performed with her essay about turtles for the first time. A talent agent noticed the artistic girl and offered Mischa a place in the acting studio. The first performances with Barton took place on small stages.

The girl was especially praised for he role in the play Slavs!, in which it was necessary to talk with a Russian accent. In the same play starred the famous actress Marisa Tomei, an Academy Award-winner. Mischa successfully got into character and then got some parts in the stagings of Where the Truth Lies, Twelve Dreams, One Flea Spare, which took place at the Shakespeare festival in New York at Lincoln Center for the Performing Arts.

Mischa Barton made her film debut at the age of nine, starring in an episode of the short movie Polio Water, and then in the TV movie New York Crossing. The aspiring actress got her first main part in 1997, in the drama film directed by John Duigan, Lawn Dogs, where together with the girl played Sam Rockwell. The film won a number of prizes at international film festivals in Europe and America.

In 1999, Mischa got into the cast of the comedy Notting Hill with Hugh Grant, Julia Roberts, and Richard McCabe. In the same year, the girl got a role in the psychological thriller The Sixth Sense in which the main parts were played by Bruce Willis, Haley Joel Osment, and Toni Collette. The plot of the film was devoted to the work of a child psychotherapist who tried to help an autistic boy.

In 2000, came out an indie film Paranoid, starring Jessica Alba, in which Mischa Barton got into the character of Theresa. In the same year, Barton succeeded in getting a part in the comedy Skipped Parts, playing the role of a schoolgirl Maurey Pierce, a friend of the main character Sam.

Mischa Barton also was the leading actress in a television series about youthful same-sex love Lost and Delirious, which appeared on the screens in 2001. In the same year, Barton participated in the filming of the drama Julie Johnson, in which two characters, Julie (Lili Taylor) and Claire (Courtney Love) fell in love, but did not dare to stay together.

In the early 2000s, Mischa starred in a number of films: A Ring of Endless Light, Tart, Fastlane. Barton played a feature role in the television series Once and Again, which aired on ABC channel for three seasons and was nominated for the Emmy Award and the Golden Globe several times. For the movie Octane, which came out in 2003, Mischa got into the character of Natasha 'Nat' Wilson, the naughty daughter of Senga Wilson.

In 2003, in the filmography of the actress appeared the new TV series The O.C., which made a significant impact on Barton's career. The girl got the part of Marissa Cooper in the teenage drama which was broadcast on the FOX channel for four seasons. The main cast of the TV show also included Peter Gallagher, Kelly Rowan and Benjamin McKenzie. In 2006, Barton was featured in the Soap opera All My Children, which had been broadcast at daytime on ABC channel since the 70s.

In 2007, Mischa starred in the films Closing the Ring, St Trinian's. Then Barton got the main part of Pampinea, who was pursued by Gerbino (Tim Roth), even though she was in love with Lorenzo (Hayden Christensen) in the romantic comedy Virgin Territory, which was based on Decameron. In 2008, the actress played the main part in two movies at the same time: in the horror-thriller film Homecoming, and Assassination of a High School President, a neo-noir comedy film.

In two years, the actress managed to get a part in different movies: Walled In, Don't Fade Away, Science of Cool. Besides, Mischa Barton appeared in two TV series: The Beautiful Life: TBL and Law & Order: Special Victims Unit.

In 2011, a motion picture of joint Russian-American production, You and I, dedicated to the pop-band t.A.T.u., was released. Besides from the American actresses Mischa Barton and Shantel VanSanten, the main cast included the singers Lena Katina, Julia Volkova and Russian actors Igor Desyatnikov, Alexander Kaluzhsky, Ekaterina Malikova, Alika Smekhova, Olesya Sudzilovskaya, and Anton Yelchin.

In 2012, the actress tried herself in the genre of horror, starring in the film Apartment 1303 3D with Rebecca De Mornay and Julianne Michelle. In the same year, Mischa Barton worked on the movies Bhopal: A Prayer for Rain, Offline, I Will Follow You Into the Dark, A Resurrection. In 2015, the actress appeared on the screens for the last time, playing the main character Alina in the thriller film Hope Lost.

Having an ideal figure, low weight and being tall (at the height of 5 foot 8 Mischa at the beginning of her career weighed only 105-110 pounds), the girl often appeared on covers of popular glossy magazines. But after 2007, Barton started having weight problems. In just one year Mischa gained 40 kg and lost her fragility.

In 2009, the girl managed to lose weight, but then she became too skinny. Friends and journalists were shocked by the dramatic changes in Barton's appearance. Media critics claimed that the actress achieved such result by using drugs and drinking heavily. A year later, the actress gained weight again.

Now Mischa Barton is trying to stick to the middle ground, keeping the weight within reason, which is evident from her latest photos posted on her Instagram account.

Mischa Barton for many years is unsuccessfully trying to build her personal life. The girl went out with many guys, and none of them was fit to become her lawful husband.

There are many public figures among the admirers of the actress: actors Taylor Locke, Jamie Dornan, Benjamin McKenzie, director Brett Simon, musician Luke Pritchard, Brandon Davis, the grandson of the late billionaire Marvin H. Davis, the frontman of the rock band Whitestarr, Cisco Adler, who is the son of the producer Lou Adler.

The name of Mischa Barton is associated with some scandals. In 2015, the girl sued her own mother in the Los Angeles Court, accusing her of embezzling $7.8 million from her fees. Nuala Barton, as her agent, ran Mischa's affairs for a long time, and sometimes she abused her power, which was ultimately revealed by her daughter's lawyers. Mischa Barton also accused her mother of using her name in the process of launching a jewelry line and a fashion store. For all the actions of the parent, Mischa demanded compensation.

In 2016, a new scandal broke out, this time associated with the pornographic videos featuring Mischa going viral online, the videos were posted by her ex-boyfriend John Zacharias. Barton again needed the help of lawyers to remove all the video and photographic evidence that the young man received illegally without the knowledge of the actress. The court granted the claim of Mischa Barton, and no file was in free access.

Nervous tension affected the well-being of the actress, and in the winter of 2017, she had a mental breakdown, after which the girl got into a mental asylum. Doctors found in Barton's blood a large number of psychotropic substances, and the actress took a long time to recover.

Now Mischa Barton finally recovered and started a new relationship with the son of an Australian millionaire, James Abercrombie who, according to journalists, accompanies his beloved at social events in Berlin, Cannes and Los Angeles. 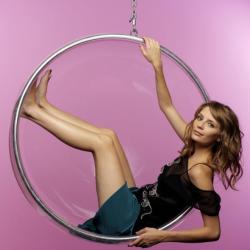