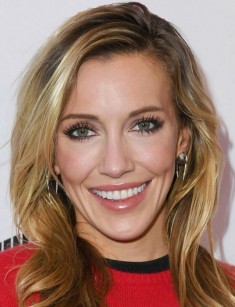 Actress Katie Cassidy grew up in the family of actors. The girl could have started an acting career when she was a child, but her parents forbade their daughter to think about roles before graduation from school. As a result, the American cinematography discovered Cassidy’s talent only in the mid-2000s. The girl made a brilliant debut in the films When a Stranger Calls, Black Christmas, Click, and consolidated the success having played the roles in the popular TV series Supernatural, Harper's Island and Arrow.

Katherine Evelyn Anita Cassidy was born on November 25, 1986, in Los Angeles, California. The girl's father is the famous pop singer, the teen idol of the 1970s, David Cassidy. Her mother, Sherry Williams, was a model, who gave up her career to raise the children. She has older sisters Jenna and Jamie. Younger Katie was named after the famous actress, Katharine Hepburn, and became the representative of the third generation of artists in the large Cassidy clan.

Her paternal grandmother and grandfather were well-known film actors and Broadway stars, Jack Cassidy and Evelyn Ward. Father's stepbrothers, Shaun, Patrick, and Ryan, also followed in the parents’ footsteps. Little Katie also inherited creativity, and from an early age, she began to show her talent. The girl participated in performances of her father, children's talent TV shows, wrote poetry and songs.

While studying at school (Round Meadow Elementary School and Wright Middle School), Katie attended a music school where she learned sinning and playing the piano and guitar. She also practiced gymnastics and acting. At that time, the girl lived in the town of Calabasas, California, where she and her mother moved when the latter married an ambulance worker, Richard Benedon. She also had a stepbrother, Beau.

In 2002, the talented teenager was noticed by music producer Joel Diamond, who invited her to perform a cover version of her father’s hit “I Think I Love You.” Working on the composition, Katie met her first love, Greg Raposo, a musician of the band Dream Street.

The mother did not support the zeal of the younger daughter to develop a creative career and made the condition that at first, Katie should finish college-preparatory courses, held in high school, and then devote time to her hobbies. She agreed, but until graduation, the girl played in a local theater and worked as a model.

The graduation from high school marked a new chapter in her biography. She moved to Los Angeles again and soon got a role in the famous TV series 7th Heaven. The young woman played a girl named Zoe. Then there were bit parts in the television project Sex, Love & Secrets.

Soon, Cassidy managed to get a small role in the Hollywood comedy Click (2006), where she gained experience shooting with such stars as Adam Sandler and Kate Beckinsale. The debut in the full-length film, which grossed more than $237 million worldwide, did its job, and directors noticed the young actress.

Katie played one of the leading roles in the new movie, the teen thriller When a Stranger Calls (2006). Then, she rushed to Vancouver, where a new project was already waiting for her. It was the chilling horror Black Christmas (2006). The actress played the title character, a brave girl, who saved the city from a maniac, killing the sisters of mercy.

In 2007, she got a golden ticket. It was a role in the fantasy series Supernatural. For the part of demon Ruby, she had to take martial arts lessons and train hard. Katie played in 6 episodes of the project. But she decided to leave the show after she was offered a leading role in Harper's Island.

The actress became interested in the story about the wedding on a secluded island which turned into a series of brutal murders. So, she did not hesitate to agree. Moreover, she gained good experience of playing in thrillers. The series premiered in 2009. A year earlier, there was another significant premiere for Katie. It was the film Taken, in which she played a small role, but the woman worked with Liam Neeson and Maggie Grace.

In 2009, the sequel to the popular TV series Melrose Place premiered, viewers saw their favorite actress in the role of the ambitious and spoiled journalist Ella Simms. However, the project was closed a month later due to low ratings. But Katie was not upset.

First of all, directors already waited for her on the set of the teen TV series Gossip Girl. Katie’s heroine, Juliet Sharp, became a new character in the project and appeared in 12 episodes. Secondly, the actress was invited to play in the remake the most famous horror film A Nightmare on Elm Street. The movie grossed more than $ 31 million in its opening weekend. Katie was nominated for the Teen Choice Award for Choice Movie Actress: Horror/Thriller for the role of Kris Fowles, the victim of Freddy Krueger.

The actress finally decided to break a series of gloomy roles playing a comedic one. Moreover, she received an exciting offer. In the adventure comedy Monte Carlo (2011), Katie Cassidy, Leighton Meester, and Selena Gomez play three friends who go with their boyfriends to the entertainment city, pretending to be rich ladies.

In 2012, Cassidy played the leading role of Laurel Lance (Black Canary) in the series Arrow, based on the comic character Green Arrow. The same year, the actress began shooting in the drama The Scribbler (2014). Katie's heroine is Suki, a girl suffering from a dissociative identity disorder. Cassidy's partners were stars Michelle Trachtenberg, Gina Gershon, Eliza Dushku.

After appearing in The Flash and Legends of Tomorrow, the spin-offs of Arrow, the star began working on the thriller Wolves at the Door (2016) based on the real story of the murder of the Manson family in Los Angeles in 1969.

After separating with her first love, Greg Raposo, the young woman dated singer Jesse McCartney. The young musicians met at the studio where they recorded their tracks. The couple became very popular with teenagers and even posed together for the cover of Teen People magazine. Katie also appeared in Jesse’s video for the hit “She's No You." The young people broke up in 2007 but maintained friendly relations.

The actress improved her personal life in 2009 when she began dating the player of the hockey team Los Angeles Kings, Jarret Stoll. There were rumors that the young woman had a romantic relationship with actor Ian Somerhalder. But none of them confirmed the information. But it is known that the beautiful lady dated actor Jerry Ferrara.

In 2016, Katie Cassidy began dating composer Matthew Rogers, and soon he became the husband of the actress. The couple announced their engagement in June 2017.

In 2018, Katie finished shooting in The Flash, the spin-off of Arrow, starred in the detective story Cover Versions and played a leading role in the melodrama Grace. Now the actress is busy filming in the seventh season of the series Arrow. 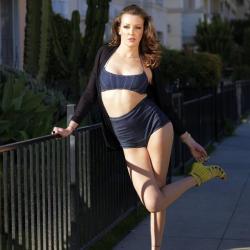