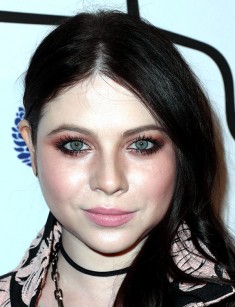 Few people can become famous at the age of three, but Michelle Trachtenberg achieved this result due to a photogenic face and advertising business. Over time, Michelle made it to the world of cinema and became a Hollywood star. The glamorous actress became famous for her roles in such films and series as All My Children, Meego, Harriet the Spy, EuroTrip, etc.

The future actress was born in New York City on October 11, 1985, to a family of emigrants. Michelle’s father was from Germany, and the mother was from the USSR (Odessa). Russian ancestry and Jewish religion had a strong influence on the girl. The star speaks fluent Russian and celebrates not only Christmas but also Hanukkah. Michelle is the youngest child in the family. Her sister Irene is seven years older than the actress.

The father of the star worked as a fiber-optics engineer, and her mother was a bank manager. However, before moving to the USA, the mother performed in the puppet theater, and therefore the girl inherited the love for the stage.

Many people are interested in whether Michelle was a relative of Roman Trakhtenberg, but there is no evidence of their close relations.

The actress spent her childhood in Brooklyn, where she studied at Ps 99 Isaac Asimov School and then attended the junior high school at The Bay Academy for the Arts and Sciences. After her father stayed in New York and her mother and children moved to Los Angeles, Michelle continued her education at Notre Dame High School. The girl studied social sciences and religion and graduated with honors.

Since childhood, Trachtenberg has impressed people with a bright appearance. So, the girl was often invited to shoot in advertising. The young model’s earnings have become a good help for the family budget. Michelle was also involved in ballet, which showed the girl's love for art and the stage.

Michelle Trachtenberg began acting in movies as a child. The first project of the beginning actress was the police series Law & Order (1991), where she performed the role of Dinah Driscoll. Later, she starred in the series Clarissa Explains It All (1993), where Melissa Joan Hart played the title character, All My Children (1993-1996), which also featured Sarah Michelle Gellar and The Adventures of Pete & Pete (1994- 1996) with Michael C. Maronna in the leading role.

In 1996, Michelle starred in Bronwen Hughes’s tragicomedy Harriet the Spy, where she played the leading role. The same year, the little actress appeared in three projects: the series Dave's World and Space Cases, as well as in the romantic film Christmas in My Hometown. These projects proved that Michelle Trachtenberg was in-demand and popular with viewers.

In 1997 Trachtenberg appeared in the science fiction sitcom Meego. The 11-year-old girl won the Young Artist Award for the role of Maggie Parker. The following year, Michelle starred in the comedy Richie Rich’s Christmas Wish, and in 1999 she played in the adventure action movie Inspector Gadget with Rupert Everett and Matthew Broderick in the leading roles.

The young actress acquired more experience with each new project, got to know famous directors and colleagues. One of the best projects with Michelle was the series Buffy the Vampire Slayer (2000-2003). Director Joss Whedon chose Trachtenberg for the role of Dawn Summers, the annoying sister of the main character (Sarah Michelle Gellar). The girls had good relationships on the set and subsequently became close friends.

The next film EuroTrip (2004) was a great success. In this adventure comedy Scott Mechlowicz, Jessica Boehrs, Jacob Pitts and Travis Wester also performed the leading roles. The story about the journey of happy friends across Europe in search of a girl, Mieke, enjoyed enormous popularity among the youth.

The same year, Trachtenberg co-starred in two more projects: the series Six Feet Under, where she played a bit part, and the drama film Mysterious Skin, where she co-starred with Joseph Gordon-Levitt, Jeffrey Licon, and Brady Corbet.

An essential stage in Michelle’s film career was shooting in Tim Fywell's comedy Ice Princess (2005), where the girl played the main character of Casey Carlyle. She was a professional figure skater, but the heroine had to overcome strict training and multiple falls to succeed.

From 2008 to 2012, Michelle starred in the famous television series Gossip Girl, where she played the role of Georgina Sparks. Her colleagues on the set were Leighton Meester, Blake Lively, Taylor Momsen, and others. In 2009, Burr Steers’s American comedy 17 Again featured Trachtenberg.

The following year, Michelle performed a role in the action movie Cop Out, where Bruce Willis and Tracy Morgan also starred. Trachtenberg also appeared in the comedy Take Me Home Tonight (2011), the series Weeds (2011), the historical period drama Killing Kennedy (2013). In 2014, the talented actress played one of the title characters in the thriller The Scribbler (2014) and was also invited to participate in the filming of the series Sleepy Hollow.

Trachtenberg not only starred in films and commercials but also worked as a host. From 2001 to 2003, the young woman hosted the TV show Truth or Scare, which talked about paranormal phenomena. In 2007, the actress starred in the video for pop-rock band Fall Out Boy’s song "This Ain’t a Scene, It's an Arms Race." In March 2011, Michelle appeared on the cover of Maxim Magazine.

In 2015, Michelle Trachtenberg played the leading role in the melodrama The Christmas Gift. According to the story, while searching for exciting information about Christmas, the journalist meets a man who made her a special gift many years ago.

In 2015, the animated comedy television series SuperMansion was also broadcast on TV, and Trachtenberg took part in its creation. Two seasons have already appeared. They tell about the aging superhero Titanium Rex and his group, the League of Freedom.

In 2016, Sean Hanish's drama Sister Cities was also released. The plot tells about four sisters who are experiencing a tragedy after their mother’s death. Michelle played one of the sisters in this project. The co-stars were Jacki Weaver, nominee for the Oscar, Kaia Jordan Gerber, a daughter of Cindy Crawford, and others.

Nowadays, Michelle films quite rarely, but we can assume that it is only a small break, and her fans can soon enjoy her brilliant acting.

The young woman has recently gained weight and got plump. Many people also assume that the actress decided to undergo rhinoplasty. They compare her photos before and after surgery, trying to find differences.

Instead of developing her acting career, Trachtenberg has fun at parties, and she is considered to be a socialite. Her friend is Paris Hilton, and the young women often appear together at Hollywood parties.

The actress often posts new photos on Instagram and Twitter, so Michelle’s fans are always aware of the latest news. Trachtenberg indulges herself with nut butter at home.

Michelle Trachtenberg has often set beards wagging. The actress had many love affairs, so she has earned the fame of a giddy young girl. Michelle dated singer Robbie Williams, DJ Adam Goldstein and musician Pete Wentz.

Trachtenberg had dated Pete Wentz before he married Ashlee Simpson, and after his divorce with the famous wife. Michelle and Ashlee had a real conflict because of the man, and they often traded insults.

Trachtenberg also had relationships with an actor from Canada, Shawn Ashmore, for two years. Their relationship began in 2004, but two years later the couple broke up.

Nowadays Trachtenberg tries not to disclose her personal life. She has even stopped dating famous men. Her latest boyfriend was a businessman, but the actress does not give the details of this relationship. The young woman is not married and does not have children.

Tabloids often spread rumors about Michelle Trachtenberg. So, when the actress starred in the series Buffy the Vampire Slayer, the press reported that the celebrity had given birth to a child at an early age.

The actress’s bad habit is smoking. The paparazzi have often taken photographs of Michelle with a cigarette in her hands. Trachtenberg has a pet. It is a dog, and the actress regularly walks it. 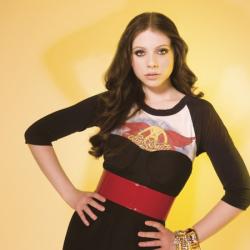