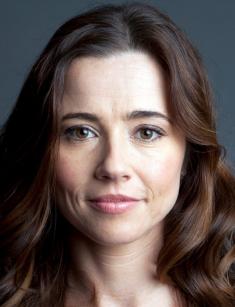 Linda Cardellini is an American television and film actress who has gained popularity for a wide range of roles in various films including an adventure comedy about a talking dog, fantasy or a medical procedure. She moved beyond the series, performing as brilliantly as Oscar-winning Tom Hardy and Golden Globe winner Kyle MacLachlan in full-length films.

Linda Edna was born in Redwood City, California, in the summer of 1975 and became the youngest of four children of an Irish housewife, Lorraine Hernan and an Italian businessman, David Cardellini. The girl first went on the stage at the age of 10, when she performed in a school play. Linda liked this occupation so much that she began to attend acting classes.

Linda studied at St. Francis High School. After graduation, she left for Los Angeles to pursue an acting career. She acquired a profession in 2000 at Loyola Marymount University, where the girl studied at the College of Communication and Fine Arts. Seven years later, the celebrity was recognized as a "Distinguished Alumna" by the university.

After arriving in Los Angeles, Linda participated in the television game show The Price Is Right in 1994, and then two years later she appeared as Sarah in the TV series Bone Chillers.

Later, the young actress’s filmography included roles in the TV series 3rd Rock from the Sun, Pacific Palisades, Kenan & Kel, and Boy Meets World. The work in the last film was appreciated by critics, and they started talking about a new star.

In 1997, Cardellini made her debut in a full-length movie. It was the comedy Good Burger about the rivalry of two fast food cafes, and then she got a small role in Dead Man on Campus, in which she played together with Jason Segel.

Cardellini spent the summer of 1999 in Europe as part of a touring production of Lancelot, a fourteenth-century Dutch tragedy. She got one of the leading roles in the play.

The role of Lindsay Weir in the television series Freaks and Geeks was a resounding success. Linda's character is a student experiencing a personal crisis. Moreover, drugs, troubles with the family and friends aggravate the situation.

In 2002, the young woman portrayed Velma Dinkley in the film adaptation of the popular animated series Scooby-Doo. The actress returned to this character in Scooby-Doo 2: Monsters Unleashed.

A year later, Linda joined the cast of the medical drama ER, portraying nurse Samantha Taggart. Although Cardellini shuddered at the memories of real medical procedures, she would play this role for six seasons until the end of the series. For the character, the actress won the TV Land Awards.

The actress also participated in Brokeback Mountain which according to the Kommersant newspaper, became the first Hollywood gay-cowboy movie. In the film, Linda portrayed Cassie, the friend of the title character (Heath Ledger). The film received the main prize at the Venice Film Festival, the Golden Globe Award, the BAFTA Award, as well as Academy Award nomination. The actress was nominated for the Screen Actors Guild and the ensemble Gotham awards.

In 2007, Linda performed the role of Clara Forsythe in the miniseries Comanche Moon. In addition to acting, she voiced Ursula in the video game Gladius in 2003, Cordelia in Lollipop Chainsaw in 2012.

In July 2013, Cardellini was nominated for the Primetime Emmy Award for Outstanding Guest Actress in a Drama Series for the role of Sylvia Rosen in the drama series Mad Men. The film about America in the 1960s was ranked fifth in TV Guide's 2013 list of the 60 best TV series ever, and the Writers Guild of America named it seventh in a list of the 101 best-written shows in the history of television.

In the sci-fi thriller Avengers: Age of Ultron based on the Marvel comics, Linda portrayed Laura Barton, the wife of Clint Barton (Hawkeye). The project became the seventh-highest-grossing film in the history of cinema. The same year, she starred in Sean Anders’s comedy film Daddy's Home, which grossed $ 240.4 million at the box office.

Cardellini joined the cast of the biographical film The Founder about Ray Kroc, the creator of the McDonald’s fast food chain. The movie was released in 2016 but was not popular with viewers.

In 2017, the Hollywood actress starred in the third and final season of the romantic thriller Bloodline. The film tells about five brothers and sisters who seem to love and understand each other. But it soon turns out that everyone has a skeleton in the closet.

For several years, Linda dated Jason Segel, her colleague on the series Freaks and Geeks. Then director Nicholaus Goossen won her heart. They worked together on the film Grandma's Boy.

Since 2011, Cardellini has had a relationship with another colleague, Steven Rodriguez. A year later, the couple had a daughter, Lilah-Rose, but the baby's father was in no hurry to marry.

The star of Scooby-Doo made the beloved woman a marriage proposal in the summer of 2013. The actress recalled that she did not expect it because there were many relatives and friends whom they invited to dinner.

The actress loves music and painting, prefers works by Margaret Keane, attends art exhibitions, learns martial arts. He is not keen on social networks, so her modest Instagram account does not have a lot of photos.

In 2018, Linda Cardellini develops her acting career successfully. Three movies with her participation go through the postproduction stage. They are the mystical thriller A Simple Favor, the action movie Hunter Killer and the horror film The Children.

Besides, the release of the film Green Book has been announced, in which the actress plays with Viggo Mortensen, Geraldine Singer. The director is Peter Farrelly, best known for the comedies Dumb and Dumber, Me, Myself and Irene.

Linda will play together with Tom Hardy, Noel Fisher and Matt Dillon in the biographical drama Fonzo about the life of Al Capone.

Cardellini will appear in the sequel Avengers: Infinity War, the continuation of the story about superheroes. The film crew has not told any information about Linda’s role. However, the actress participated in a photo shoot for Vanity Fair alongside other characters of the Marvel Universe. 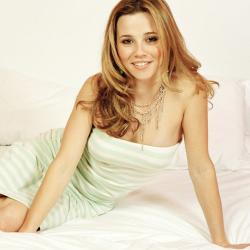