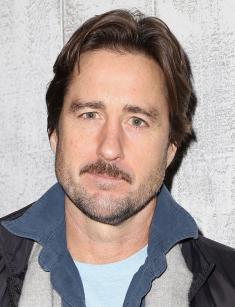 On the face of the American actor, Luke Wilson, you can see both charm and kindness, susceptibility and irony, and with such a set he was simply born to play the roles of romantic heroes. In this specialty, the artist appeared in the famous comedy Blonde Ambition, and the role brought him worldwide fame. Luke has dozens of box-office and festival films in his filmography, in the family movies he looks especially convincing. Wilson's characters evoke trust, empathy and sympathy, no matter what troubles they get into.

An American actor, Luke Cunningham Wilson, was born in 1971 in Dallas, the Texas capital of oil. The boy was the youngest son in the family. Laura and Robert Andrew Wilson brought up three sons, and each of them engaged in acting. His mother worked as a photographer, and his father was an advertising executive in an American PBC. The Wilsons have Irish roots.

The eldest brother, Andrew, was born in 1964, the middle son, Owen, was born in 1968. All three brothers made a career in Hollywood, often taking part in joint projects. In childhood, the brothers tried to set up their own business. It was a company called The Lawn Rangers, which offered servicing of private garden space and the lawn.

Boys attended St. Mark's School of Texas. It is a single-sex Catholic school. In the first year of studies, Luke was voted class president the first year of the studies of St. Mark's. Luke was keen on sports and was successful in light athletics. He is still on the record list for 400 and 800-meter distance run.

In his youth, it was difficult for Luke to choose the future profession. After graduating from school, Wilson entered the Texas Christian University but soon quit it. The second attempt to get higher education was studying at the Southern Methodist University of Dallas, which Wilson also did not finish.

In 1993, a young man, along with his brothers went to Los Angeles to study at Occidental College. Initially, Luke planned to focus on sports achievements, but got interested in dramatic art and decided to connect his career with cinema.

In 1994, Actor got his first experience with the major role in the short film Bottle Rocket. The project was a collaboration with his brother, Owen Wilson, and director Wes Anderson. Within 13 minutes you can learn an optimistic and crazy story of guys from Texas who saw themselves as successful thieves.

The film was shown at the Sundance Film Festival, where it attracted the attention of Oscar-winning director James L. Brooks. With the assistance of the master, the story went to the big screen, and in 1996, the film was released in full length and received the MTV Movie Awards for best director's debut.

Having reached the success, the guys stayed in Los Angeles and settled a house, where they lived all together, the three Wilson brothers and Wes Anderson. A friendly and creative collaboration was strong and fruitful, the Duo has subsequently released one original and successful project, including Rushmore and The Royal Tenenbaums.

Since 1997, Luke's career has developed successfully. In the late 90-es, he took part in 3-5 films a year, including the leaders of the box office Scream-2 and Charlie's Angels. In 1998, Wilson tried on the role of a romantic character in the crime comedy Home Fries, starring Drew Barrymore. The film is focused on a group of friends who commit robbery on their way to the wedding.

The role of an intelligent lawyer Emmett Richmond in the romantic Comedy Legally Blonde (2001) became the finest hour for the actor and brought Luke worldwide fame. The film was accompanied by box office success and the public’s love, so the second part was not long in coming. The sequel came out in 2003, losing in the ranking, but almost equal in the profit of the first part.

The charming actor with sad eyes was a perfect match with the image of a cute and harmless guy, in which he appears in the Christmas melodrama Family Stone (2005). The character of Sarah Jessica Parker was Luke’s on-screen lover.

In 2006, Wilson played a major role in Mike Judge's fantastic comedy Idiocracy. He portrayed the ordinary soldier of the United States, who was selected for the project in cryogenics and awakened after a 500-year-slumber. By this time, the society is much stupider, and the protagonist is the smartest living on the planet.

Kate Beckinsale was Luke's partner in the thriller Vacancy (2007). The actors played a married couple, who stuck in a terrifying roadside hotel, from which it is not so easy to get out. Luke Wilson is not limited to acting. He tries himself as a writer, director, and producer. In 2003, he released the melodrama The Wendell Baker Story, and in 2014, a short film called Satellite Beach.

Luke is not the one to call a loner, although he is still not married and has no children. The actor often has relationships, sometimes they develop in long-term ones. But so far the only wedding photo which Luke has is the one with his on-screen wife, Reese Witherspoon, from Legally Blonde - 2.

Drew Barrymore was Wilson's first crush. They got acquainted on the filming of Home Fries in 1996. At first, Luke's friends joked that not acting but his relationships with a star brought fame to the actor. The couple was together for three years. During that time, they worked together in 4 films, one of which was famous Charlie's Angels.

In 2000, Wilson starred in The Royal Tenenbaums with Gwyneth Paltrow, and the chemistry they had on screen was so convincing that the actors attributed a short but stormy affair.

According to the information from whosdatedwho.com, from 2003 to 2005 Luke had romantic encounters with the American model, Joy Bryant, an actress and singer, Alison Eastwood, a Playboy star, Audra Lynn, and a model, Jennifer Walcott.

Since 2008, the man dated the basketball player, Meg Simpson. They had strong and long-term relationships, but after six years, the couple broke up. Officially, Luke is not dating anyone at the moment and remains the most desirable groom. The actor has four nephews: Andrew's son, Joseph, and Owen's children – Robert Finn, Ford, and Lyle.

The man lives in Los Angeles, his fortune is estimated at $30 million. The artist has no official accounts on any of social networks, including Instagram.

In 2019, five upcoming films with the participation of the actor will be released, including a screen adaptation of Donna Tart’s bestseller, The Goldfinch. This time, Luke’s character is unlikely to seem friendly, as he will play the role of the protagonist’s father, and this character can hardly be called positive.

Wilson's filmography will be replenished with the romantic drama film Berlin, I love you. In the cycle of novels, the sides of love in the big city are shown. The actor’s partners are Helen Mirren, Keira Knightley, Mickey Rourke, and other stars. 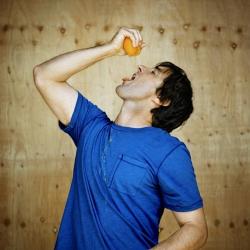