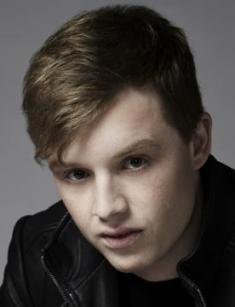 The American version of the British comedian television series Shameless, which went on air in 2011, became even more popular than the original British comedy show. Taking the concept of the original show and adding elements of the American culture to it, Showtime TV Channel created a truly legendary series.

Among other things, the series owes its popularity and success to the actors who worked on it and put their mind and soul into it, everyone, starting from such well-established celebrities as William H. Macy and ending with such aspiring actors as Cameron Monaghan and Noel Fisher made an impact on the ratings of the show.

Noel Roeim Fisher (the full name of the actor) was born in Vancouver, the biggest city in the province of British Columbia. The happy event took place on March 13, 1984.

During the school years, the boy already demonstrated his creative skills. At the age of eight, Fisher signed up for music classes to learn how to play his favorite song "Please Mr. Postman" on the piano. It is a hit of The Marvelettes band, which became famous after the Liverpool four had performed it live.

Even though Noel showed his talent and learning ability, the guy couldn't overcome his natural shyness. It became the reason for the fact that during his first performances as a part of concerts given by his musical school, he would sit with his back turned to the audience. Later he managed to deal with this fear.

Noel appeared on the screen for the first time at the age of fourteen, having participated in the television sports drama movie The Sheldon Kennedy Story directed by Norma Bailey (Outlander, Beauty and the Beast). For his work on this movie, Fisher was nominated for Gemini Awards, given by the Academy of Canadian Cinema & Television, for the first time in his life, which became a good omen at the dawn of his career.

The next project with Fisher's participation was called 2gether. At first, it was meant to be just a television film by MTV, created by Nigel Dick in the genre of musical comedy. However, the success of the movie led to the production of a television series under the same title. The only difference was that in the film, Noel played just a cameo role, whereas in the television series he became a full-fledged supporting character named Gary Long.

Besides acting in these two television shows, the young actor was busy making a voice-over for Todd Tolensky / Toad, a character of the superhero animated television series X-Men: Evolution, created by Marty Isenberg and Robert N. Skir.

Next came the Comedy Freddy Got Fingered, which became the directing debut for comedian Tom Green. Eddie Kaye Thomas, the star of the movie American Pie was among the guest stars on the set of this movie.

After that, Fisher got an episodic role in the Disney comedy film Max Keeble's Big Move, directed by Tim Hill (Alvin and the Chipmunks, Garfield: A Tail of Two Kitties, Muppets from Space). Besides Noel, the audience could see the familiar faces of such actors as Jamie Kennedy, Larry Miller, and Josh Peck.

The last work in 2001 was the episode "Lion's Den" of the science fiction television series The Outer Limits.

The year 2002 started for Noel with a detective-mystery mini-series Glory Days. According to the plot, a young writer comes back to his hometown on the island of Glory, to find inspiration for writing a new book. And this inspiration comes naturally, as the main character has to face kidnapping, dark magic, exorcisms, as well as vampirism.

The next work for Fisher became a role in the fantasy comedy television movie I Was a Teenage Faust directed by Thom Eberhardt (Night of the Comet, Without a Clue, Gross Anatomy).

After working with Eberhardt, Noel returned to acting in horror movies and got a part in the television project Killer Bees! by Penelope Buitenhuis (Tokyo Girls, A Wake). This picture told the story of residents of a provincial American town of Sumas, which was terrorized by African killer bees.

By tradition, after participating in a comedy film, Noel appeared in a horror movie. This time, it was the second part of the franchise Final Destination, directed by David R. Ellis ( National Lampoon's Vacation, Baywatch, Lethal Weapon).

After Final Destination 2, Fisher came to the comedy movie Agent Cody Banks, which told the story of a boy who on behalf of the US Government had to perform a vital task. Harald Zwart (One Night at McCool's, The Karate Kid, The Mortal Instruments: City of Bones) became the director of this adventure comedy movie.

At the end of the year, Noel briefly starred in an episode of the sitcom Two and a Half Men, starring Charlie Sheen and Ashton Kutcher.

2004 was limited to the appearance in the series Cold Case with Kathryn Morris in the title role, as well as the participation in the comedy film Thanksgiving Family Reunion starring then little-known Bryan Cranston – the future star of the series Breaking Bad.

From 2005 to 2007, Noel Fisher appeared mainly in such TV series as Medium, Bones, The Riches, Life, and Godiva's. For his role in the last TV show, the actor again received the prize of the Academy of Canadian Cinema & Television.

In 2008, together with Kyle Gallner and Shiloh Fernandez, Noel played the role of a hooligan who killed the beloved dog of an older man. The angry older man (portrayed by Brian Cox) decided to take revenge on the offenders. The movie got the title Red (in honor of the dog's pet name). Trygve Allister Diesen and Lucky McKee directed the film together.

After Red, Fisher's career turned to television series once again. He worked on Mentalist, starring Simon Baker, Lie to Me with Tim Roth, The Pacific produced by Tom Hanks, as well as Dark Blue, and The Booth At The End.

In 2011, the project Shameless, the American version of the British television series under the same title, went on air. Shameless became a hit from the very first episode. Fisher appeared in the television series later on, but now it is difficult to imagine Shameless without the eccentric Mickey Milkovich.

After that, Noel was busy with several other projects as well - Criminal Minds, Hatfields & McCoys (starring Kevin Costner and Bill Paxton), however, he always returned to Shameless.

In 2012, the actor starred in the final part of the film series The Twilight, playing the role of a vampire Victor, who retained his youthful appearance at the age of 1.5 thousand years. As in other parts, the main cast remained the same – Kristen Stewart, Robert Pattinson, and Taylor Lautner. Bill Condon, known for his work on such projects as Gods and Monsters (1998), Kinsey (2004), and Dreamgirls (2006), directed the movie.

In 2014 and 2016, Fischer took part in the filming of the movie about teenage mutant ninja turtles. Noel was the actor that had done the motion capture for creating the character, Michelangelo. Noel also gave the turtle his voice. Besides, the characters of the animated series Batman Unlimited: Monster Mayhem and Justice League vs. the Fatal Five speak with Noel's voice.

For a long time, there were rumors about the sexual orientation of the actor. Fischer refused to comment on them but eventually gave up. Noel gave an interview in which he stated that if his screen character in Shameless behaved like a gay, it did not mean that the actor himself was among sexual minorities.

On July 15, 2017, almost immediately after the above statement, Fisher married Layla Alizada – an actress of Afghan origin. The couple said that they began to go out in 2005, but did not want the details of their personal lives, as well as some moments of the biography, to become public.

Noel and Layla Alizada do not have children of their own, but since 2007 they have taken care of a Zambian girl.

Noel Fisher has a net worth of $3 million. On August 25, 2015, a spin-off of the popular television series Walking Dead went on air. At the same time as being a spin-off, the project is a prequel to Walking Dead. It received the title Fear the Walking Dead. Noel Fisher first starred in the new series in a cameo role, but the producers liked his acting so much that it was decided to increase the screentime of his character in the world of the show.

At the end of 2017, the premiere of a new series with the actor took place. The project is called The Long Road Home, and it tells the story of the tragic event called Black Sunday. Phil Abraham and Mikael Salomon directed the television series together.

Fisher is playing one of the central roles in The Long Road Home television series. For this part, he had to improve his body measurements. Now, at the height of 5 feet 7 inches, he looks more convincing than in Shameless. On his Twitter account, Fisher enthusiastically posts photos from the backstage of the filming set of Abraham and Salomon.