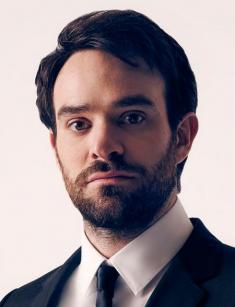 Daredevil is a superhero who is doubly mysterious, because, in addition to the powers, has a disability. Matt Murdock is blind, and this stands out from the list of perfect superhumans, which makes his image even more attractive for comic book fans. On the screen, a British actor Charlie Cox embodied the image of Daredevil and became the first non-American actor who appeared in this role.

Charlie Cox is an English actor who has a net worth of $5 million. He was born December 15, 1982, in the UK, in the county of East Sussex. The boy became the fifth and the youngest child in the family. He has one brother, Toby. His other brother, Oliver, and sisters Emma and Zoe are the children of his father from his previous marriage.

Charlie was brought up in the family of the Catholic religion. In addition to the British, he has Irish and Scottish roots. At first, the boy attended a school in East Sussex, but he finished high school in Dorset.

School theater performances were not given to him. Teachers and students preferred musicals, and Charlie could not sing well, so he had to stand among the choir. So, in childhood, Cox did not think about an acting career. This thought came to the young man shortly before graduation.

However, the intention was serious. And in 2001 he moved to London and attended the Bristol Old Vic Theatre School in Bristol the following year. It is alma mater of such stars as Richard Coyle, Ray Stevenson, and Olivia Colman. His studies were not as easy as it could be. It was hard for Charlie to accept criticism from teachers. He took it too personally.

Charlie got his first role at the age of 18, even before entering the theater school. He played in the psychological Thriller Dot the I (2003). Besides, future Venom, Tom Hardy, starred in this movie. In the summer after the first year of his studies, the young man auditioned for the role of Lorenzo in The Merchant of Venice with Al Pacino.

Doing so, he violated the school policy, according to which students are forbidden to audition for productions outside the Old Vic. So he decided not to go back to school and continued to work, appearing in small roles in movies and TV shows. Among the works of Charlie for this period the historical drama Casanova (2005) and sci-fi picture A For Andromeda, released in 2006, are worth noting.

But in 2007 the young actor got his first lead role. In the fantasy drama Stardust, Charlie portrayed Tristan Thorn who recklessly promised to bring his beloved a star fallen from the sky. Critics and viewers worldwide warmly received the movie.

In 2008, Cox played in a new and more serious movie. It was a crime drama called Stone of Destiny, which is focused on the mad Scottish patriot named Ian Hamilton. This work was followed by filming in the historical drama Glorious 39. And in 2010, Charlie got the role of Duke of Crowborough in Downton Abbey. He played a young man, eager to "marry money" because of the deplorable financial condition.

Another striking work in the creative biography was the image of Owen Sleater, who appeared in the 2nd season of Boardwalk Empire by Martin Scorsese. Charlie played an Irishman with ties to the IRA, the Irish Republican army. Together with the rest of the cast, Cox received an award of Screen Actors Guild Awards in 2011.

In 2015, in Charlie's life began a period of Daredevil. He received a major role in the series about the blind superhero from Marvel, who takes the law into his own hands thank superhuman abilities. The image of lawyer Matt Murdock, who is hiding under the mask of the avenger Daredevil, brought Cox popularity among Marvel fans around the world. Deborah Ann Woll played the leading female role in the series, and another on-set colleague was Jon Bernthal, known for the series The Walking Dead.

Interestingly, but Charlie himself did not just read comics before filming. On the eve of the audition, the actor did not even know that his character was blind. However, now Cox is a big fan of the series about Daredevil.

Stories about superheroes are often considered to be frivolous and do not receive close attention, but the series about Matt Murdock broke out of the usual series due to the protagonist's peculiarities. For his role, Charlie Cox received the Helen Keller Achievement Awards from the American Foundation for the Blind.

The series ran from 2015 to 2018. And during this period, the actor also played his character outside the Daredevil. Matt Murdock appeared in the mini-series The Defenders, released in 2017. There Cox worked with another superhero star, Krysten Ritter, who played the role of Jessica Jones.

Charlie carried out a responsible preparation for the role. Getting ready for filming, the man tried his best to training and gained 30 pounds of muscle mass (almost 14 kg). So thanks to Daredevil actor is in great shape with the growth of 5'8'' (178 cm) and weight of 174 lbs (79 kg). After the project, Cox said that he was ready to play Daredevil in future movies.

In 2018, the actor starred in the feature film King of Thieves, based on the real story of 2015 about the theft of jewelry in Hatton Garden. Despite the exciting and important story, the movie did not earn much success among the audience.

In 2004, Charlie was dating American actress Lynn Collins. After the breakup, there had been no information about a relationship for several years, until in 2008 he announced Kate Mara to be his girlfriend. However, their relationship did not last long. Already in 2009, the couple broke up.

Then Cox positioned himself as a single for another five years, but in 2014 he could not resist the charms of his British colleague Janet Montgomery. Nevertheless, this affair ended quickly in the same year.

Now Charlie has a relationship with producer Samantha Thomas. They have been just dating for a long time, without a formalization of relations.

In 2016, the couple had a daughter. And in September 2018, some changes came into Cox's personal life as the actor married Samantha.

The actor does not have an official account on Instagram, but he is free to communicate with fans and journalists. One can even find a photo of Charlie with her little daughter.

Cox's dream regarding Daredevil is a crossover of Matt Murdock's universe with the world of Spider-Man, especially since the actor is friends with the current Peter Parker, Andrew Garfield.

But these dreams are more like a pipe. After Netflix suddenly announced about the end of filming Daredevil, Cox in 2019 joined the army of fans of the series, hoping that it will be possible to revive it.

By the way, Charlie put his signature in support of #SaveDaredevil action in a pretty funny way. Since the actor wanted to keep his identity a secret, he created a fake email box for his 2-year-old daughter and signed a petition on her behalf.

At present, Charlie has a net worth of $5 million.