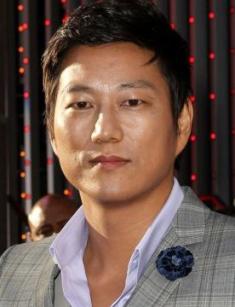 Sung Kang is an American actor of Korean descent who has become famous for The Fast and the Furious franchise, in which he played a desperate street-racer, Han Lue. The actor has also played prominent roles in the action movies Live Free or Die Hard and Bullet to the Head, in which he starred with such Hollywood masters as Bruce Willis and Sylvester Stallone. According to Kang, he started a career in the film industry to embody a new image of an Asian actor who does not practice Kung Fu, but knows how to show feelings.

Sung Kang was born on April 8, 1972, in Gainesville, Georgia, USA. The parents of the future actor immigrated to the USA from South Korea.

Kang spent childhood and youth in California. He was fascinated by dramatic art at school, where mimics periodically performed. The little boy wondered how an actor could affect other people's emotions because he could make them laugh or, on the contrary, get angry. Then he wanted to become a mimic.

“In high school, I began to play in productions, but I tried not to tell my friends about it, because the guys who went in for sports were considered the coolest ones,” the actor said in an interview.

After college, Kang entered the University of California, Riverside, to study law, but finally decided to continue his acting studies. This decision disappointed his parents due to their concerns over the lack of Asians on American television.

However, it was too late to retreat. Kang arrived in Los Angeles, found mentors, enrolled in the courses, and started attending auditions. He did not practice martial arts, so he avoided such roles and had to wait for other parts for months. At that time he worked as a waiter to make for a living. It took Sung five difficult years to shine on the Hollywood sky.

Sung Kang began his acting career in the early 90s. He played the first bit part in the show HBO First Look. Then there were small roles in various television projects.

The first significant project was the 1999 film Mystery Men. Although his role was minor, the novice actor worked on the same set with such stars as Ben Stiller, William H. Macy, and Geoffrey Rush.

“Geoffrey Rush is one of those men who can ask “how are you?” and have lunch with you. He understood the actors who started their careers. It was inspiring,” Kang recalls.

Kang was lucky to get acquainted with director Justin Lin. In 2002, he cast the young man in the low-budget drama Better Luck Tomorrow. Sung played Han Hu, the protagonist’s cousin, a bright representative of the buoyant Asian youth living in America.

After the success of the movie at the Sundance Film Festival, the director received many lucrative offers and soon began working on the movie The Fast and the Furious: Tokyo Drift. Initially, the role of Han Lue was written for an African-American actor. But the director persuaded Kang to come to the producers, and in turn, convinced them to give the role to the Asian actor.

Tokyo Drift made Kang a real star. The movie grossed more than $158 million worldwide. Since then the actor has received offers to participate in large-scale projects.

The success of Tokyo Drift was so overwhelming that Justin Lin began to work on the prequels, a series of films describing events before Tokyo Drift because, in this movie, Han Lue died during the chase.

“When Tokyo Drift was filmed, I was too young to understand what Kang did and who he was. I was lucky that I could return to my hero at a more mature age and show the profound character with life experience, so, I played him properly,” the actor shares his opinion on the character that became very close to him.

Over the years, Kang has become intimately linked with director Justin Lin. They have worked their way from the film that was shot on a credit card budget (Better Luck Tomorrow) to significant projects.

The actor's filmography also includes movies of such directors as Walter Hill and Chris Morgan. The first one cast Sung Kang and Sylvester Stallone in the leading roles in the action movie Bullet to the Head (2012). The actor collaborated with Morgan on the TV show Gang Related (2014).

For a long time, the actor was a bachelor, avoiding questions about his personal life. There were even rumors about his non-standard sexual orientation, but the paparazzi could not provide proofs. The artist later admitted that to marry at a young age was an unattainable luxury. His path to stardom was thorny, and the man had to travel a lot.

But in 2014, Sung finally decided to marry, and on July 8, he celebrated the wedding with Miki Yim. His wife is a designer, but for many years she owned the restaurant Saketini in Brentwood. Kang helped his wife to run a restaurant business, but then he realized that he did not like this activity. There is no information on the Internet whether the couple has children or not.

The star is keen on sports; he likes to play golf and basketball. Besides, on Instagram, the actor wrote about another hobby, rare cars. The most famous treasure in his collection is Datsun 240Z. Sung participates in the program for the restoration of retro cars.

In 2018, the series Magnum P.I. was released, in which Kang played one of the leading roles.

Sung Kang has a net worth of $8 million.