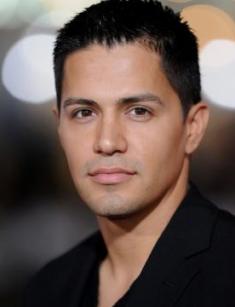 Jay Hernandez is an American actor famous for the roles in the thriller Hostel, the gangster movie Carlito’s Way: Rise to Power, and the superhero action Suicide Squad.

The future artist was born in February 1978 into an ordinary family with Mexican roots. The boy had three siblings: the elder brothers Michael and Gabriel and the younger sister Amelia. Jay went to school in Montebello and continued his education in Don Bosco Technical Institute and, later, Schurr High School.

Hernandez always dreamed of becoming an actor. The young man got hired as a manager for The Chicago Tribune, and the owner of the newspaper offered him to try it; thus, Jay’s photos were sent to casting agents.

Hernandez debuted on the screen in 1998 and personified a basketball player Antonio Lopez in the comedy series Hang Time; it was popular among teenagers.

The first success came three years later, when Jay played the main character in the drama Crazy/Beautiful. As the story runs, one can see the protagonist Carlos Nuñez from a migrant family having a romance with a woman from the high-class, Nicole Oakley (Kirsten Dunst). Critics appreciated the work; Jay was nominated for the ALMA Award for Outstanding Actor in a Motion Picture.

Movie makers noticed the talented artist, and his career started developing. In 2001, Jay had an episodic role in the detective thriller Joy Ride with Steve Zahn and Paul Walker. The next year brought the sports drama The Rookie where Hernandez’s role of a baseball player was quite significant. The project also starred Dennis Quaid and received The Las Vegas Film Critics Society Award in 2002.

The comedy action Torque was released soon. Another sports movie, Friday Night Lights, followed; Jay played a football player there. Ladder 49 brought the role of a fire-fighter who risked his life to save people trapped in a fire; Hernandez collaborated with John Travolta, Robert Patrick, Morris Chestnut, and Joaquin Phoenix.

Movies with the actor appeared every year. Carlito’s Way: Rise to Power became one of the most popular pictures, as well as the drama World Trade Center set on September 11, 2001, and picturing the terrorist catastrophe in the USA. Hernandez appeared in episodes of the movie Stop-Loss and the series Six Degrees.

The thriller Hostel produced by Quentin Tarantino was marked with the nomination for the Teen Choice Award. The military-historic project Nomad by Sergei Bodrov Sr. was also notable; Jay played a Kazakh soldier Erali, the antagonist of the main character, Mansur (Kuno Becker).

The thriller Quarantine (2008) brought another wave of fame to Jay Hernandez. It is a story about a team of reporters who arrive at the incident scene and get locked in the house with people infected with the mutant rabies virus.

The same year, the artist splendidly played in Lakeview Terrace and American Son. The latter project pictured a young soldier on a leave who goes to see his relatives. Soon, fans could enjoy Hernandez’s work in the youth melodrama LOL starring Miley Cyrus and Demi Moore.

The artist has participated in many series: the thriller Scandal, the musical melodrama Nashville, and the crime detective Gang Related. He does not limit himself with similar parts, and directors exploit his diverse talent gladly.

The superhero action Suicide Squad is one of the actor’s recent projects; he gained the role of Chato Santana (El Diablo) there; the comedy Bad Moms followed. Simultaneously, the man appeared in the family drama Max that told the story of the dog whose owner had died during the war in Afghanistan.

Jay Hernandez married the actress Daniella Deutscher in 2006. They had been dating for six years before the marriage.

In 2012, there were many speculations about the actor’s new passion, Hayden Panettiere; they met at the movie set of the series Nashville. American tabloids claimed the lovers did not keep their romance secret: the crew could see them kissing or secluding themselves together.

Producers tried to hold up the rumors, but a public outcry in the media followed; Daniella broke up with the actor. Since that time, there has been no proven information about Hernandez’s personal life. Only one thing is clear: Jay stopped dating Hayden anymore, for the woman married Wladimir Klitschko and gave birth to a daughter.

In 2017, Jay Hernandez appeared in the second part of the comedy Bad Moms and collaborated with Will Smith and Joel Edgerton in the fantasy action Bright.

Nowadays, the actor is working on the second part of Suicide Squad. Fans expect his character to rise (El Diablo died at the end of the first part) or appear in a flashback. In 2018, the artist joined the cast of the series Magnum P.I. that continues to be broadcast today.