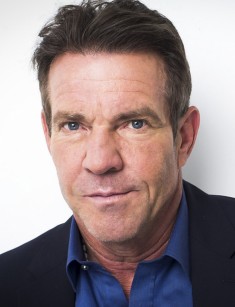 Dennis Quaid is a talented actor, musician, producer, golf player, and fighter for the rights of people who suffered from medical errors.

Because the man bears some resemblance to Harrison Ford, people call him Ford’s younger brother as a joke and add Pierce Brosnan to the star “sibling” tandem.

Dennis William was born in Houston, Texas, in April 1964. His father, William Rudy, worked as an electrician, and the mother, Juanita, was a real estate agent. Dennis’s elder brother Randy (born four years earlier) also became an actor, won the Golden Globe Award, and was nominated for the Emmy and Academy Awards.

Quaid went to the Pershing Middle School and learned dancing and Chinese in Bellaire High School. When the parents divorced, Dennis took it hard; as he entered the University of Houston, School of Drama, he decided he would never come back home.

Soon, the young man got bored studying theory; he moved to Los Angeles where he lived on welfare and entertained visitors of an amusement park. Ironically, Dennis’s half-brother Buddy born in the father’s second marriage also chose an artistic career.

Young Dennis “experimented” with drugs. As he remembered, it was common in the 1960-1970s, and the harmful effects of cocaine were unknown. Fortunately, the young man realized in time he could never wake up one morning if he continued to live that life.

Dennis Quaid debuted in the comedy Breaking Away and played a student bicyclist. Critics appreciated the simple plot; the movie won the Academy Award, and the American Film Institute put the movie on the eighth position in the 100 Most Inspirational Movies.

After such a great project, the actor could not complain about an artistic block. Almost every fifth movie with Quaid won various prizes.

In 1981, Dennis Quaid participated in the movie Caveman with Ringo Starr and All Night Long with Barbra Streisand. The drama about space researchers The Right Stuff where the actor played Gordon Cooper won the Academy Award and the Golden Globe.

In Dreamscape, Quaid personified a psychic; in Enemy Mine, he played a human being who made friends with an alien humanoid and grew up its children. The drama Postcards from the Edge brought the role of a seducer of women; Carrie Fisher created the movie script. The audience also remembered his roles in In Good Company, Smart People, Vantage Point, and G.I. Joe: The Rise of Cobra.

The blockbuster The Day After Tomorrow and the thriller Frequency were a success. In the former project, Dennis collaborated with Jake Gyllenhaal; he received a role after Sylvester Stallone refused the offer. In the latter movie, James Caviezel and Dennis Quaid played a father and a son.

In the family comedy The Parent Trap, the actor co-starred with Lindsay Lohan who played his character’s daughter. In Cold Creek Manor, Sharon Stone and young Kristen Stewart got the role of a wife and a daughter of Quaid’s character. This movie paid off four times.

In the drama Soul Surfer, Dennis Quaid and Helen Hunt played the parents of a surfer Bethany Hamilton. A shark ripped off the young woman’s arm, yet she came back to sports. 2010 was marked with the mini-series The Special Relationship; the actor was nominated for the Golden Globe Award for his work.

The role of Doc Holliday in the western Wyatt Earp is one of the actor’s best achievements. His character lived in late-1900s Texas and made friends with a constable (Kevin Costner) whose name gave the movie its title.

The role of a gay man in the 2002 drama Far from Heaven brought the Independent Spirit Awards; the actor was nominated for the Satellite Awards, the Academy Awards, and the Golden Globe. Julianne Moore who played the wife of Dennis’s character gained the Volpi Cup for Best Actress at the Venice Film Festival and the Critics' Choice Movie Award for Best Actress.

In 2015, Dennis Quaid got the lead role in the series The Art of More about auctioneers’ off-stage life.

The actor’s private life is like a Mexican soap opera. The actress P. J. Soles became the man’s first wife. The couple married in 1978 and divorced in 1983. Later on, Dennis married Meg Ryan whom he had met on the Innerspace movie set; they also collaborated in Flesh and Bone and D.O.A. In 1992, their son, Jack Quaid, was born; the young man is famous for the series Vinyl. Nine years later, Dennis and Meg broke up.

In summer 2004, the actor married his real estate agent Kimberly Buffington at his ranch in Montana. In fall 2007, the couple’s children, Thomas Boone and Zoe Grace, were born by a surrogate mother. Five years later, Buffington filed for divorce but changed her mind in a month.

In October 2012, the spouses decided to break-up again. Kimberly wanted the shared juridical custody and sole physical custody of the twins. In November, Quaid applied to the court with the same request. Later on, the yesterday’s enemies made amends to split up in 2016.

In April 2018, the divorce proceedings took place. Dennis paid to his ex-wife $2 million and received 25% of the custody of the children. He is obliged to pay $14 000 monthly to the kids; if his annual earnings exceed $1.3 million, this sum may increase.

Since October 2016, Dennis has been dating the model Santa Auzina who is twice as young as the man.

The star has his own Instagram page devoted to his acting and music career in the group The Sharks where Quaid sings and plays the guitar.

2018 has been marked with three projects. In the fantastic action movie Kin starring James Franco, the audience can see a teenager whose behavior is far from being perfect. When the young man finds an unbelievably powerful weapon, his life gets hard: special agents, as well as the alien owners of the weapon, start following him.

I Can Only Imagine is a biopic about the group MercyMe playing Christian music. The movie title is a line from one of the group’s songs. In this project, Quaid played the cruel father of the soloist Bart Millard.

The psychological thriller The Intruder tells the story of a mentally unstable man who intrudes in the life of a couple that had bought a house from him.

Today, the actor is working on A Dog’s Journey, the sequel to A Dog’s Purpose. Again, the movie will show the loyal dog whose soul is reborn in other animals’ bodies.

The director Sean McNamara has offered Quaid the role of Ronald Reagan in his biographical movie. Aged Dennis is similar to the 40th American President in terms of his physical shapes: his height is 183 cm., and his weight is 80 kg. It is not the first time the actor portrays the country’s leader: in the second season of American Crime Story and the comedy American Dreamz, Dennis personified George Bush Jr. 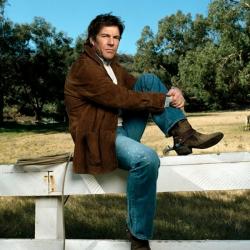