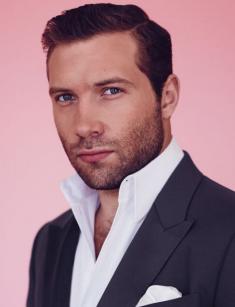 Jai Courtney is the Australian and American actor. He is famous for the series Spartacus: Blood and Sand. Also, significant works of Courtney were the movies Divergent, Terminator Genisys and A Good Day to Die Hard.

Jai was born in Sydney, Australia and the boy grew up in the suburbs of the capital of Australia, in Cherrybrook. The father of the future actor, Chris, served in the state electric power company and his mother Karen was a teacher at Galston Public School. By the way, Courtney Jr. and his older sister went there.

Jai attended Cherrybrook Technology High School. Courtney was a sporty teenager, a welcome player in the local football and basketball teams. But after receiving a diploma of secondary education, the young man decided to try his hand at acting. This desire was unexpected for relatives because Courtney had not previously shown interest in the scene. And there weren't the people involved in the arts in the family of the guy.

Jai Courtney had the first experience with the camera in 2005. The young man starred in a short film Boys Grammar, which tells about the problems of young representatives of sexual minorities, which are bullied by peers.

Then the artist appeared in the medical series All Saints, the sitcom Packed to the Rafters and the comedy Stone Bros. All of these films had an Australian production.

But the first American project brought fame to Jai. It was a historical series Spartacus: Blood and Sand. It was about the captured and sold into slavery Thracian warrior of Spartacus (Andy Whitfield). Showing bravery and courage in the first gladiatorial battle, a warrior came to the school of gladiators. Jai, whose height reaches six feetиз (185 cm) and weight 198 lbs (90 kg), played the role of one of the fighters – Varro. There were exciting offers after the successful work.

In 2005, Courtney starred as a second plan in the thriller Jack Reacher with Tom Cruise, who killed passers on the streets.

Courtney turned into the son of the protagonist – Jack McClane in the action movie A Good Day to Die Hard with Bruce Willis. The young man performs a CIA mission in Russia but he is trapped, his father saves him. The actor appeared in the thriller Felony the same year. He starred in the fantasy I, Frankenstein, where Courtney used the image of Gideon, the leader of the army of gargoyles.

Jai Courtney transformed into the man of future – Eric in the dystopian adventure Divergent. Citizens of Chicago live under the rule of division into five factions. And only those, who can assimilate into any of them, are called divergent. They are the characters of actors Shailene Woodley and Theo James.

In 2014, the artist's filmography was also supplemented by work in the war drama The Water Diviner with Russell Crowe in the role of an inconsolable father, who went from Australia to Turkey in search of three sons, missing in the battles of the First World War.

The artist passed the casting in the project of Angelina Jolie Unbroken the same year, in which the actress acted as a director. In the military drama, it was about an athlete, a participant of the 1936 Olympics, Louis Zamperini (Jack O'Connell), who was captured by the Japanese during the Second World War. Courtney played his colleague and fellow Hugh Cuppernell.

In 2015, the main project for Jai was a fantastic action movie Terminator Genisys, which was filmed by Alan Taylor. Courtney got the role of Kyle Reese, who was born after a powerful nuclear explosion, arranged by the system "Skynet." Robots killed those people, who survived, so humanity went underground.

Arnold Schwarzenegger got the role of the Terminator. John Connor, the leader of the Human Resistance, was played by Jason Clarke, his mother, Emilia Clarke played Sarah Connor. The fifth part of the franchise The Terminator brought to the creators $ 440 million. The artist appeared in the superhero action movie Suicide Squad, which received a rental revenue of $ 750 million after the filming in the drama The War, which received negative reviews from critics.

Another premiere, the film The Exception, which was released in 2016. The partner of the artist on the set was Lily James here. The story takes place in the 40s in the Netherlands, where the Nazis rule. At the same time, the SS officer must prevent the escape of ex-Kaiser Wilhelm II to England. But a sudden affair between a German soldier and a young Jewish girl violates all plans.

When Jai Courtney entered the Western Australian Academy of Performing Arts, the young man met another entrant, Gemma Pranita during the examination tests, she has Thai roots. As an actress, she is less talented and did not play any main role but it didn't stop Jai to fell in love with her.

Young people were together for ten years. Gemma moved to her boyfriend to the United States and witnessed Jai's rise to Hollywood Olympus but the relationship ended in 2013. Now the girl is married to Matthew Rooney, she knows him since childhood.

After the breakup of the relationship, Courtney prefers not to build serious relationships until he is sure that the new chosen girl he needs. Fans associated the name of Jai with partners in joint films, for example, with the actress from the movie The Terminator Emilia Clarke and the star of the saga Divergent Shailene Woodley but Courtney does not confirm these rumors.

The actor Jai Courtney lives permanently in Los Angeles since 2012, coming to his native Australia only to visit his parents.

In recent years, the personal life of the screen star is improved. Jai has a girlfriend Mecki Dent, who works as his PR agent. Photos of the girl regularly decorate Jai Courtney`s "Instagram."

Jai Courtney is not one of those actors, who agree to all the offers of filmmakers. The actor chooses the projects, which then become cash. So in 2017, the comedy series Wet Hot American Summer: Ten Years Later with the participation of Jai was released in 2018. Jai plays in many new projects, the premieres of which are scheduled for 2018. Jai Courtney has a net worth of $3 million dollars.