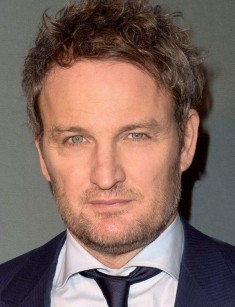 It sometimes happens that people become famous overnight. For example, Leonardo DiCaprio got significant roles almost immediately and still stays afloat, accepting proposals of famous directors. Other actors live in the shade for a long time, hoping that one day they would make a breakthrough.

For example, for decades no one has known about actor Jason Clarke, who appeared in TV shows and such cult films as The Great Gatsby and Terminator Genisys. However, when the man got the leading roles in Hollywood blockbusters, not only fans but also famous tabloids began to speak about him.

Unfortunately, the biography of the actor Jason Clarke is like a closed book. There is little information about the actor's childhood. It is known that Clarke was born on July 17, 1969, in Australia. He spent his childhood in the town of Winton, in Queensland.

We can wonder who was the source of Jason’s creative skills because his parents had nothing to do with music or cinema. Clarke's father was a sheep shearer. It is clear that Jason did not want to follow in his parents’ footsteps, but the relatives did not support the young man’s creative ambitions. Therefore, he relied solely on himself.

For the first time, Jason Clarke appeared on television as a detective in 1997 in the movie Halifax f.p: Hard Corps. Naturally, a bit part in the film did not affect Clarke's career, but he found out how to work in front of the camera.

Jason's career path was thorny. He had to attend numerous auditions and hope for good luck. The beginner actor did not give up and did it for a good reason. The man’s efforts were fulfilled, and the Americans started talking about him.

In 1998, Clarke took part in the movie Twilight, where he played a young cop. Although this role was also insignificant, the young man worked on the same set with such actors as Paul Newman, Susan Sarandon, Gene Hackman, and Reese Witherspoon. Then Jason Clarke's filmography included the following films: Kick (1999), Risk (2000), Better Than Sex (2000) and others.

In 2002, the man starred in Phillip Noyce’s drama Rabbit-Proof Fence, portraying Constable Riggs, and in 2003 he played in the movie You Can't Stop the Murders. The plot of the film tells how a maniac kills representatives of different professions. The title characters can only hope for the police, who have to solve these sophisticated crimes.

In 2008, Jason Clarke appeared in the sci-fi thriller Death Race. In the neo-noir thriller, the man did not get a leading role, but he managed to observe the work of his colleagues. Jason Statham, Joan Allen, Tyrese Gibson, and Ian McShane played in the action-thriller film.

The same year, the Australian got a leading role in the film The Human Contract, directed by Will Smith’s wife, Jada Pinkett Smith. This film was not popular with viewers. However, directors finally noticed Clarke and began to invite the actor to play in their movies.

In 2014, viewers saw Matt Reeves’s sci-fi thriller Dawn of the Planet of the Apes, where Andy Serkis, Jason Clarke, Gary Oldman, Keri Russell and other stars of show business played the leading roles.

The same year, Jason Clarke played the role of Anatoly Brodsky in the film of Swedish director Daniel Espinosa. It is noteworthy that the film was based on the book that tells about the crimes committed by Andrei Chikatilo.

Later, Clarke played in the film Knight of Cups (2015) and participated in the acclaimed film Terminator Genisys. Arnold Schwarzenegger, Emilia Clarke, Matt Smith, and other actors also played in the science fiction film about the war between humanity and cars.

In the action movie, Jason Clarke played a significant role. He portrayed John Connor, the leader of the world resistance in the conflict between humans and robots. It is worth mentioning that Edward Furlong, Thomas Dekker, and Christian Bale had played this character before.

2015 was very fruitful for Jason Clarke. That year, the film Everest with the participation of the actor was released.

The plot of the film centers on real events that occurred in the Himalayas in 1996. Moreover, Clarke played the title role of Rob Hall, the Adventure Consultants expedition group leader.

2017 was also successful for Jason Clarke. The actor performed in the films Voice from the Stone, Mudbound and The Man with the Iron Heart.

There is little information about Jason Clarke’s life because the actor shares personal information only with close friends. It is easy to explain because his zodiac sign is Cancer and typical representatives of the element of Water do not open their heart to everyone. The man is also indifferent to social networks. While his colleagues post photos on Instagram, Clarke spends time with the family and friends.

Some film lovers consider that Jason had a love affair with Emilia Clarke. But it is worth saying that the actors have the same surnames, but they are not relatives. In fact, since 2010 the man with a height of 185 cm and a weight of 77 kg has had the relationship with actress Cécile Breccia. In 2014, a son was born in the family, and four years later, the couple officially married shortly before the birth of the second child.

In 2018 three films with Jason Clarke were released. They are Winchester, Serenity and First Man. 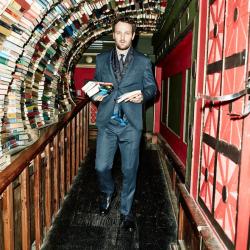