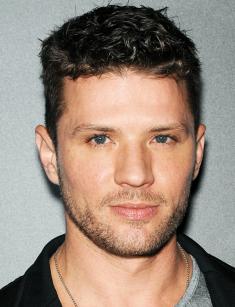 Most people have to work day and night, tirelessly to become world-famous. But there are those who are just in the right place at the right time. However, it's not so difficult to become famous. It's harder to keep this glory and fame. Ryan Phillippe coped with it successfully. His biography is a vivid example.

The future actor was born on September 10, 1974. It happened in the city of New Castle, located in Delaware. A young couple Richard and Susan Phillippe decided to name their son Matthew Ryan.

The boy grew up courageous: he was fond of football and basketball from an early age and he was involved in the Taekwondo section. Perseverance and strong character helped Ryan to pass a qualifying exam and obtain a black belt. Then, the grooms of his three sisters to behave carefully with him because they knew about the military achievements of Ryan.

The parents planned that their son would follow in his father's footsteps to get a job in the company "DuPont" after graduation, which produces chemical materials. But the case decided.

In 1992, Ryan went to the barbershop, where there was one of the producers of the series One Life to Live at that time. The boy was liked his appearance and demeanor that the producer invited him to star in his series immediately and gave the number of his casting agent. The following year, he appeared in the series as a gay teenager Billy Douglas. The role was scandalous, therefore forced to draw the attention of film and television figures to himself. Thus, the success story of Ryan Phillippe began.

A little understanding of the world of film and television, the guy realized that the full-length film is much better than the series, so he moved to Los Angeles together with his friend Seth Green and began to storm the castings. They have to star in episodic roles in TV movies for the first time.

It did not make the guys happy; they often roam the city at night, climb on the roof, dream, make plans for the future. Ryan starred in Due South, A Perry Mason Mystery: The Case of the Grimacing Governor and Deadly Invasion: The Killer Bee Nightmare.

The actor considers his participation in the movie Ridley Scott's White Squall his severe first role in 1996. The first nominations, experience with a famous director and actors of the famous actors give the guy confidence in a bright future. And he turns out to be right.

In 1997, he was invited to shoot in the youth thriller I Know What You Did Last Summer. This movie was a hit of its year and gave rise to many imitations, both successful and not very. The young cast, which included Ryan Phillippe, Sarah Michelle Gellar and Freddie Prinze Jr., Jennifer Love Hewitt had a lot of offers to star.

This period of acting was marked for Ryan by participation in such films as Little Boy Blue (1997), Homegrown (1998), 54 (1998) and Playing by Heart (1998). However, the next cult film with the participation of Ryan after the release of I Know What You Did Last Summer was the film Cruel Intentions of Choderlos de Laclos, which was filmed in 1999. By the way, the shooting also involved Sarah Michelle Gellar and the future wife of Ryan, Reese Witherspoon.

In 2000, Ryan Phillippe decided to change the role of the character of youth thrillers on something more serious. During this period of his acting career, he starred in The Way of the Gun (2000), Antitrust (2001), Igby Goes Down (2002), The I Inside (2003), Crash (2004) and the movie Flags of Our Fathers of Clint Eastwood, which is based on real events.

In 2010, Ryan together with his friends Seth Green and Breckin Meyer, David Siegel created the studio "Lucid Film" and also decides to try his hand in the producing.

Ryan Phillippe was a man quite amorous but his most famous love story is connected with his first wife, Reese Witherspoon. They met because of Seth Green, who decided to pull his depressing friend on the birthday of a friend. This friend was Reese.

Ryan so attracted the girl that she called him her main gift at the end of the holiday party. In 1999, the wedding took place. But their happiness lasted only nine years, for which they had children, the daughter Ava Phillippe and the son Deacon Reese.

In 2008, the couple filed for divorce. The actor began dating the Australian actress Abbie Cornish the next few years but Ryan ended their relationship in 2011. His next choice is the American actress Alexis Knapp. She gives birth to her daughter Kai the same year but after she broke up with Ryan.

In 2013, Amanda Seyfried got the title of his girlfriend for three months, with whom the actor met at a party at his friend Kate Hudson. In 2015, Ryan Phillippe decided to propose to Paulina Slagter, a girl who has nothing to do with the world of cinema (Paulina was a student at Stanford University at that time). However, nothing serious happened; the engagement was terminated the next year.

There are rumors that Ryan has an affair with Katy Perry. The fact that Elton John can often be found together on other media events after a joint photo of the March on the anniversary.

However, there is no official confirmation (or refutation) of these rumors. Ryan Phillippe is often called a heartthrob but he denies this definition.

"I'm an ordinary guy, a responsible father and the owner of several companies – I just do not have time for it," he says but against the facts tell another information.

The actor is busy with the filming of the next season of the series Shooter. The series USA Network is a remake of the same film with Mark Wahlberg. The situation is worse with his broken leg, which Ryan received in during a family trip to nature the summer of 2017. However, the actor posts photos from the training on his account on "Instagram," where he writes: "Back in the fighting form" (September 6, 2017). Ryan Phillippe has a net worth of $30 million.

Also, Ryan posted an interesting comparison – excerpts of the training scene with a punching bag from the movie I Know What You Did Last Summer and a similar scene from the movie Shooter. It is difficult to believe that these shots have the difference in 18 years at first glance but when you consider that the current height and weight of the actor (5,7 feet (175 cm), 165 lbs (75 kg)) are the same, it ceases to seem so amazing.

But the actor admitted that he suffers from depression during the last two years in a recent interview for the magazine "Woman's Health." The actor began to practice meditation daily to get out of this situation.

At present, Ryan's net worth is estimated at $30 million.