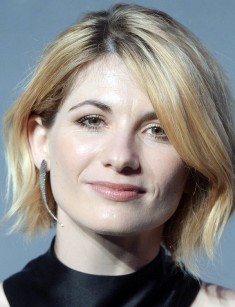 Jodie Whittaker is a famous British actress known for the roles in the films Perrier's Bounty, Get Santa, Good Vibrations, One day, and also in the TV series Black Mirror and Broadchurch. Jodie Whittaker rarely tells reporters about her life, so the actress's fans have to make do with a little information on the Internet.

The actress was born on January 3, 1982, in the UK. It can be assumed that since childhood Jodie has been interested in high art because after graduating from a high school, she entered the prestigious Guildhall School of Music and Drama, where such well-known actors as Orlando Bloom, Ewan McGregor, Lily James and many others also studied.

It is known that Whittaker made her professional debut in the production The Storm at Shakespeare's Globe. She has since worked in films, television, radio, and theatre.

For the first time, Jodie Whittaker appeared in a movie in 2006. It was the comedy-drama film Venus by Roger Michell. The movie concerns a calm and smooth-tempered old man, Maurice (Peter O'Toole), who makes friends with the only surviving man, quick-tempered and irritable Ian (Leslie Phillips). In the past, the best friends were great Hollywood actors, and now they are on their last legs. From time to time they drink together a cup of coffee recalling their youth, red carpet and glory.

But their routine is broken overnight when Ian’s niece Jesse appears. She has come from the north to take care of her uncle. The main character (Jodie Whittaker) is a stubborn girl, a representative of the Pepsi generation, who prefers to watch trivial TV shows to Shakespeare’s plays and the Metamorphoses of Apuleius. Despite the opposite of the characters, Maurice likes Jesse and takes her to the National Gallery in London to enjoy the Rokeby Venus by artist Diego Velázquez.

It is noteworthy that Jodie Whittaker was nominated for British Newcomer of the Year for this work. After a debut success, Jodie Whittaker played bit parts in films and TV series of renowned filmmakers for a while. For example, Jodie got the role of a receptionist in Oliver Parker and Barnaby Thompson’s comedy St. Trinian's (2007) about an anarchic school for uncontrollable girls. The actress also appeared in the drama Good (2008), in the miniseries Tess of the D'Urbervilles (2008) and Wired (2008).

In 2008, Whittaker’s filmography also included the leading role in the melodrama Consuming Passion with Daniel Mays, Patrick Kennedy, Olivia Colman and other actors. This film, consisting of three storylines, shows the audience the true love story. In 2009, Whittaker filmed in the Irish crime thriller comedy movie Perrier's Bounty, which is similar to The Sopranos. The film tells about the adventures of criminals.

Most viewers know Jodie as an actress who plays dramatic roles. For example, in the film Swansong: Story of Occi Byrne (2009), Jodi appeared as a desperate single mother with a heavy burden on her shoulders to bring up a troubled teenager, Occi Byrne, who suffers from impulsive, explosive outbursts of anger. She was also lucky to take part in Nick Moran's film The Kid (2010), based on the life of an abandoned young man named Kevin Lewis (Rupert Friend).

In 2011, the actress starred in Lone Scherfig’s cult romantic drama film One Day, where Anne Hathaway and Jim Sturgess performed the title characters. Jodie also played the leading role in the fantastic film Attack the Block about the invasion of aliens. The same year, Jodie Whittaker appeared in the popular satire series Black Mirror created by Charlie Brooker.

This series is exciting because each episode is standalone and it shows an entirely new and original story that tells about a society of the future, burdened with the latest technologies. Characters of Black Mirror are people who depend on gadgets, actively use social networks such as Twitter. They will stop at nothing to get more likes on their Instagram photos.

In the British TV series, Jodie appeared in the third episode of the first season, which is called "The Entire History of You." The plot concerns a new invention, the special microchip, that is implanted in the people’s head. It allows a person to record everything he sees and playing back their videos directly to their eye with the help of bionic contact lenses. Jealous lawyer Liam Foxwell (Toby Kebbell) decides to scrutinize his wife Ffion’s (Jodie Whittaker) behavior with the help of this device and finds out that his suspicions are not in vain.

Whittaker along with David Tennant and Olivia Colman also starred in the series Broadchurch. The plot of the series, which resembles the cult series Twin Peaks by David Lynch, tells about the murder of an 11-year-old boy in Broadchurch.

The town’s residents complicate two detectives’ investigation. Instead of helping to catch the criminal, they lie through their teeth about their alibis and baffle the police. In this crime drama, Whittaker portrayed Beth Latimer, the mother of the killed child, Danny. It is worth saying that the actress showed a real depression and despair.

Jodie Whittaker does not like to talk about her private life. The woman thinks that the profession of an actress does not oblige her to make her personal life public. Journalists only know that in 2008 Jodie became actor Christian Contreras’s wife. In 2015, the couple had a son, but they did not say the name of the first-born to reporters.

In her spare time, Jodie likes walking around the nature reserve in London, watching musicals, visiting bookstores and concerts of famous performers, for example, the rock band Muse or singer Rihanna. Whittaker can sometimes go with a group of friends to a Chinese restaurant to eat pork ribs or an Irish pub to relax with a glass of beer.

In 2016, Jodie played a leading role in the comedy Adult Life Skills, which concerns a Kidult woman of a certain age. In 2017, the fans of Doctor Who wondered who would replace Peter Capaldi and become the protagonist of the series.

This film series was listed in Guinness World Records as the longest longest-running science fiction television show. Christopher Eccleston, David Tennant, Matt Smith, Peter Capaldi and many other actors played the title character (who changes in each season). In the summer of 2017, it became known that a woman will play the role of the thirteenth doctor, Jodie Whittaker, for the first time in the history of the television series.

It is known that the producers did not allow Whittaker to reveal this greatest secret to her friends for a long time. It's worth mentioning that the fans of the franchise have split into two groups: some believe that the new doctor will give the series unusual elements, the others are sure that taking an actress for this role is a bad idea. Jodie Whittaker will also play in the Journeyman. Viewers are assumed to watch this film in 2017. 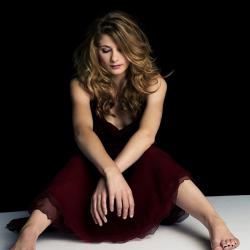