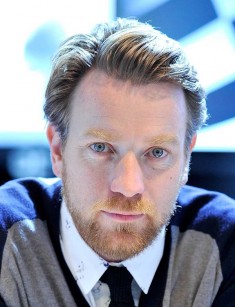 Ewan McGregor is a Scottish actor and movie director who received the world’s recognition after playing the leading part in the movie “Trainspotting.” He has two BAFTA awards.

Ewan was born on March 31, 1971, and grew in the Scottish town Crieff. McGregor is one of the old Scottish families that, according to some sources, originates from the son of the Scotts’ king Kenneth I. Robert Roy MacGregor – the Scottish Robin Hood, the goalkeeper Allan McGregor, and Conor McGregor – the mixed martial arts champion – are the famous members of this family.

Ewan’s parents worked as ordinary teachers. His father James Charles Stewart McGregor taught PE and counseled teenagers about their future careers. His mother Carol Diane Lawson worked at the boarding school for children with disabilities. Ewan grew up with his elder brother Colin who used to be the boy’s example to follow. Now Colin is the British Air Force pilot.

At school, Ewan used to take part in amateur Christian-themed performances and practiced music. He was fond of playing French horn and drums in the bagpiper orchestra. Later, Ewan was invited to the young music group Scarlet Pride where he was a drummer. Deep in his heart, the young McGregor dreamed of acting. Communication with his uncle Denis Lawson who starred in movies made a significant impression on him. Ewan became a frequenter of the local theater: the boy tried not to miss a single premiere.

With his rebellious character, 16-year-old Ewan dropped school and moved to Perth where he got hired as a stage worker in the drama theater Perth Repertory. Occasionally, he would appear in performances as an atmosphere player. The young man had no special education to become a real actor. Having realized that, Ewan entered the Perth college, theater department, in a year. At 18, the young man moved to London and became the student of the Guildhall School of Music and Drama.

Ewan McGregor debuted with a small role in the series “Lipstick on Your Collar” in 1993; later, the work in the multipart movie adaptation “The Red and the Black” and drama “Being Human” followed. Ewan also appeared in the comedy “Blue Juice” where he played with the screen stars Catherine Zeta-Jones and Sean Pertwee. The young actor was lucky to meet the director Danny Boyle at the beginning of his acting career. In 1994, the director involved him into the tragicomedy “Shallow Grave.” McGregor’s role was marked as successful by the magazine Empire prize.

After the work on several series, in 1996, Ewan began the main project of his career: the leading part in Boyle’s drama “Trainspotting.” In this movie, McGregor had to play the drug abuser Mark Renton who was trying to become a normal person. The young Scotch’s work was marked with BAFTA Award for Best Actor in a Leading Role. In the mid-1990s, the role of Jerome in Peter Greenaway’s drama “The Pillow Book” became another significant project for which McGregor received London Critics Circle Film Award as the actor of the year.

In addition to his acting career, Ewan decided to start movie producing. Together with the young Scotch, Sean Pertwee, Jonny Lee Miller, and Jude Law created the movie company Natural Nylon. The agency produced only 6 movies and was closed in 2004. In 1998, the scandalous glam-rock-life movie by Todd Haynes “Velvet Goldmine” was out. The interaction between the iconic rock musicians David Bowie and Iggy Pop became the fundament of the movie plot. Ewan McGregor played the main character Curt Wild who was a scandalous rocker and drug abuser. The movie was represented in 7 movie festivals.

After the works in different genres “A Life Less Ordinary,” “Emma,” “Tales from the Crypt,” “Nightwatch,” in 1999, the actor was engaged in the first episode of the “Star Wars” prequel trilogy by the Hollywood director George Lucas, the author of the space epos plot. Despite the contradictory critics’ reviews, the movie brought $1 billion and was included in the 100 highest-grossing movies in the world. Ewan earned $13 million. Except for McGregor, the movie starred Liam Neeson, Natalie Portman, and Jake Lloyd.

At the turn of the century, Ewan’s filmography was enlarged with the leading parts in Stephan Elliott’s thriller “Eye of the Beholder,” the crime drama “Rogue Trader,” and biographical drama about the English writer James Joyce’s life “Nora.” In the early 2000s, the space epos “Star Wars” next episode “Attack of the Clones” shoot followed. All scenes were created via digital equipment, and the characters’ tricks were made by computer doubles.

In 2001, in Cannes, the musical by the opera director Baz Luhrmann “Moulin Rouge!” was represented. Ewan McGregor and Nicole Kidman not only played the major roles but also performed all voice parts. The movie was enthusiastically accepted by the festival critics, and in six months, it was nominated for 7 Oscars. The world box office equaled $180 million. Performed by Ewan McGregor and Nicole Kidman single “Come What May” was nominated for the music award of the Golden Globe.

Further, the work in the war drama about the 1993 civil war in Somalia “Black Hawk Down” by Ridley Scott and TV movie “Solid Geometry” by Denis Lawson, the actor’s uncle, followed. In 2003, the romantic comedy “Down with Love” by Peyton Reed was out; Ewan’s partner was Renée Zellweger. In the same year, the work on David Mackenzie’s thriller “Young Adam” was finished. For the main role in this movie, McGregor won his second BAFTA.

In the tragicomedy by Tim Burton “Big Fish,” Ewan played the main character in his youth. The famous actor went to the auditions on the general terms and was successful due to his external similarity with Albert Finney and height (178 cm).

In 2004, Ewan McGregor and his friend Charley Boorman traveled around the world through Europe, Russia, Mongolia, Alaska, Canada, and the USA on BMW motorbikes. The actors recorded everything on a camera and later created the documentary “Long Way Round.” In 2007, the actors repeated the journey in Africa: they went from Scotland to Cape Town. On the basis of the recorded material, the documentary “Long Way Down” was created.

In 2005, “Star Wars: Episode III – Revenge of the Sith” was out. In the fantastic action movie “The Island” was released; McGregor and Scarlett Johansson played two clones who decided to fight against the system. The following works were unsuccessful: Marc Forster’s “Stay” and Edward Blum’s “Scenes of a Sexual Nature.” Later, the actor worked on the movies “Miss Potter,” “Cassandra's Dream,” “Deception,” “Number 13,” and “Freddie Mercury: The Great Pretender.”

In 2009, Ewan McGregor took part in the adventurous detective by Ron Howard “Angels & Demons” with Tom Hanks and Ayelet Zurer. In the tragicomedy “I Love You, Philipp Morris,” Ewan played the gay swindler who fell in love with his cellmate Steve Russel played by Jim Carrey. In the biographical movie about the American writer and aviator Amelia Earhart, the actor played Gene Vidal.

In 2010, the actor starred in Roman Polanski’s political thriller “The Ghost Writer.” In 2012, together with the world’s stars Antonio Banderas and Michael Douglas, Ewan appeared in Steven Soderbergh’s action movie “Haywire.” With Naomi Watts, he played in the Spanish director Juan Antonio Bayona’s thriller “The Impossible.” In the same year, Ewan McGregor was invited as the jury of the Cannes Film Festival member.

In the next two years, the movie about prisoners’ escape “Son of a Gun,” “Jack the Giant Slayer” based on fairy tales, the family tragicomedy “August: Osage County,” and the crime comedy “Mortdecai” with Ewan were released. In 2015, the premiere of the adventurous movie “Star Wars: The Force Awakens” by the director J.J. Abrams took place.

The movie broke the world box office record and became the highest-grossing movie in the history of cinematography along with “Titanic” and “Avatar.” The movie creators’ benefit was $2 billion. Ewan McGregor’s character did not take part in the main story, but the actor’s voice was recorded for the moment when Obi-Wan Kenobi appears in the vision.

Ewan McGregor met his future wife in 1994 at the multipart TV movie “Kavanagh.” Eve Mavrakis worked in the movie production designer group. The young people began the love affair and two years later got married. McGregor values his family. There are 4 children in the family: three own daughters Clara Mathilde, Esther Rose, and Anouk and the adopted child, the Mongolian girl Jamyan.

In their youth, the McGregors lived in London; later, they purchased the mansion near Los Angeles. The actor often tells journalists about his personal life in interviews; it is obvious he is proud of his daughters and still loves his wife. Ewan McGregor is an active Instagram user. In his personal account, there are more than 1 million followers and 1400 personal photos and videos.

Ewan McGregor has many plans and ideas. The actor does not cease to wonder his fans with new projects. In 2016, the talented actor tried directing and created the movie “American Pastoral.” In 2017, the third season of the series “Fargo” by the scandalous detective “Bones” creators was out.

McGregor took part in it and played twin brothers. Except for the Scottish star, Morgan Freeman, Kirsten Dunst, and Billy Bob Thornton took part in it.

In March 2017, the musical tale “Beauty and the Beast” was released; Ewan played Lumiere. The sequel to the iconic comedy “T2 Trainspotting” by Danny Boyle was also released. 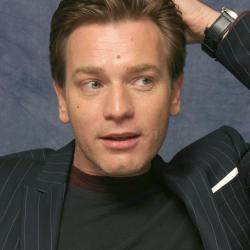