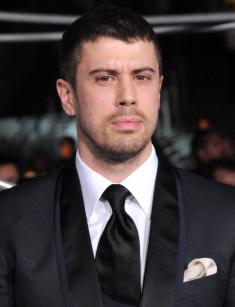 Toby Kebbell is an English actor whose filmography has a lot of renowned projects, including Dead Man's Shoes, RocknRolla, Warcraft, Ben-Hur.

Toby Kebbell (Tobias Alistair Patrick) was born on July 9, 1982, in Pontefract, located in the western part of Yorkshire, England. Toby spent his childhood and youth in Nottinghamshire, where the family moved soon after his birth. He grew up in a large family. Toby Kebbell has four siblings. His parents divorced when he was one and a half years old. The boy stayed with his mother Michelle, a cook, and a landscape gardener.

Toby Kebbell’s main hobby was television. At the age of 17, the young man appeared on the Central Junior Television Workshop in Nottingham. There, he met the producer and director, Shane Meadows, which determined his further acting career. The lack of appropriate education and experience did not prevent Toby from achieving success in this field.

Kebbell made his acting debut playing the role of Anthony in the 2004 psychological thriller Dead Man's Shoes directed by Shane Meadows. The actor portrayed a mentally-impaired young man who got into the gang of drug dealers. Toby’s acting did not go unnoticed, and the man was nominated for the British Independents Film Award for Most Promising Newcomer.

The actor left a lasting impression on the brilliant director, Woody Allen, who invited the Englishman to play in the film Match Point without auditions.

The protagonist, tennis player Chris (Jonathan Rhys Meyers), manages to marry Chloe (Emily Mortimer), the daughter of a wealthy businessman. At the same time, the young man starts a passionate love affair with Nola (Scarlett Johansson), who becomes pregnant and threatens to tell everything to his wife. Chris decides to kill her. Soon Chloe tells her husband about her pregnancy. The movie was released in 2005, and Kebbell appeared as a policeman investigating the case.

A year later, Toby played in the thriller Wilderness, and in 2007 the biopic Control premiered, in which the actor appeared as Rob Gretton, a manager of the rock band Joy Division. The film shows the life of vocalist Ian Curtis, and the plot is based on the memoirs of the musician's wife, Deborah. Critics highly appreciated Toby Kebbell's acting. He won several movie awards, including the British Independent Film Award for Best Supporting Actor in November 2007.

In 2008, Toby co-starred together with Gerard Butler, Tom Wilkinson and Thandie Newton in the movie RocknRolla directed by Guy Ritchie. He portrayed a drug addict musician, Johnny Quid. For about a month, Kebbell had gone to extreme diet to show the image of the drug addict musician as convincingly as possible. Moreover, he learned to fire a pistol and play the piano.

The actor’s hard work was not in vain, because this role earned Kebbell The Sun newspaper's Best Actor Award. The tabloid wrote that the future star was the first to win the prize. Besides, the actor was also nominated for the BAFTA Rising Star Award.

In 2010, the action fantasy film Prince of Persia: The Sands of Time premiered, in which Toby Kebbell played the role of Prince Garsiv.

It is also worth mentioning that the actor participated in the fantasy film The Sorcerer's Apprentice, in which he got the role of illusionist Drake, who joined the forces of evil. Despite his considerable acting experience in the film industry, the actor liked to observe the work of his colleagues: Nicolas Cage and Monica Bellucci.

During the following years, Kebbell filmed actively. He appeared in movies and TV series: War Horse by Steven Spielberg, Black Mirror by Charlie Brooker, The Counselor by Ridley Scott. The actor’s filmography has become more extensive thanks to his participation in the projects: The Escape Artist, Dawn of the Planet of the Apes, Gold, Fantastic Four. In the last film, Toby Kebbell portrayed Doctor Doom.

In 2016, his credentials included no less prominent films. The science fiction film Warcraft, based on the popular computer game, used computer-generated imagery. The actors, as well as those who played fantastic creatures, had to wear unique costumes with sensors during the shooting. Many actors considered such filming exhausting because it was difficult to concentrate on the image due to the lack of scenery and costumes.

It was challenging for Toby Kebbell and his partners Paula Patton and Anna Galvin to work because they had to speak a fictional orc language. Bu the gained experience was useful in the future. The film also featured Travis Fimmel, Ben Foster, Dominic Cooper.

In Timur Bekmambetov’s historical drama Ben-Hur, Kebbell got the role of villain Messala, the brother of the protagonist, Judah Ben-Hur (Jack Huston). Kebbell’s hero betrays his brother, having sold him into slavery. Many years later, Judah returns to his native land, having become an invincible chariot racer. Messala recognizes his brother and agrees to participate in the horse race, during which he is going to kill Judah.

Both actors had five months to prepare for the shooting of the chariot scenes. Toby enjoys horse riding, but he had to learn completely different skills. Kebbell later said in an interview that he needed not only strong arms and legs but also strong fingers to ride the chariot. The actor assured that no horses were hurt in the making of the film.

Nowadays, Toby Kebbell has no wife. The actor was reported in 2009 to be dating Ruzwana Bashir. The couple met at a party of journalist Andrew Neil.

The actor’s girlfriend is the ex-president of the Oxford Union and a Fulbright Scholar. The woman is also a founder of Peek.com, a travel company.

Toby Kebbell was also in a relationship with actress Gemma Arterton. They starred in two movies together, RocknRolla and Prince of Persia: The Sands of Time.

In 2017, the photo depicting the actor with a girlfriend, Danielle, with whom he attended the world premiere of the films Kong: Skull Island and Ben-Hur, appeared on Toby Kebbell’s Instagram fan page. The full name of the young woman is unknown. Toby keeps it a secret, calling the shortish brunette his lover. Toby’s fans have become aware that his girlfriend is American, and the young people have been dating for two years.

In 2017, the actor received an invitation from the creators of the fantasy action movie Kong: Skull Island, a reboot of the King Kong franchise. In the film, Toby played the role of Major Jack Chapman, but the actor also provided some facial references for the title character, King Kong (Terry Notary), having the necessary experience of the filming of the motion capture scenes.

The political satire comedy film The Death of Stalin, based on the French graphic, also premiered in 2017. The film depicts the events that took place in the Kremlin following the death of the Soviet leader. Toby Kebbell, Olga Kurylenko, and Timothy Dalton performed the leading roles in the film, and Steve Buscemi portrayed Nikita Khrushchev.

The talented actor is now filming in many promising projects. In 2018, Rob Cohen's thriller The Hurricane Heist was released, in which Toby played the role of a criminal, Will. In addition to this movie, the films Banking on Mr. Toad, Destroyer, The Angel are going through the post-production stage.