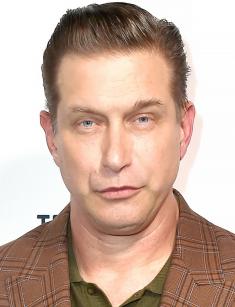 Everyone knows the Baldwin family name in Hollywood. Thanks to the success of Daniel, William and especially Alec, their acting achievements are well-known all over the world. The youngest brother, Stephen, also did not break the tradition and followed in the popular brothers’ footsteps. Actor Stephen Baldwin became famous for his roles in the films The Usual Suspects (1995), Fled (1996), One Tough Cop (1998).

Stephen Andrew Baldwin was born on May 12, 1966, in Massapequa, New York. His father, Alexander Baldwin, was a football coach, the mother, Carol Newcomb, was a high school teacher. The actor is of Irish, French, English and German descent.

The boy grew up in a large family. Stephen has five siblings, including two sisters, Jane and Elizabeth, who have chosen professions that are not related to acting.

Stephen attended Alfred G. Berner Middle School, where he graduated in 1984. As a teenager, he became interested in opera and showed singing talent. However, following the example of the older brothers, he chose an acting career and, after graduating from school, entered the American Academy of Dramatic Arts in New York City.

During his studies, the young man worked as a part-time courier, a waiter at a pizzeria, at the same time he attended auditions, but he only received an offer to work as a model. So, his first acting experience was the photo shoot for Calvin Klein.

Stephen made his acting debut in the TV series American Playhouse in 1987. Then he got the role of the Russian soldier, Anthony Golikov, in the film The Beast about the Soviet invasion of Afghanistan. The actor gained the first recognition after participating in the television series The Young Riders, which won a number of awards, including the prestigious Emmy Award. Baldwin played the legendary young William Buffalo Cody in 67 episodes from 1989 to 1992.

In 1989, Oliver Stone’s anti-war drama Born on the Fourth of July was released. The legendary film won two Academy Awards and four Golden Globe Awards. Critics appreciated Baldwin's acting, although he played only the bit part of Billy Vorsovich.

Three years later, Stephen could finally boast a prominent role. He played together with Josh Charles and Jason Gedrick in Mike Binder's drama film Crossing the Bridge, which told about three friends who embarked on a dangerous drug-smuggling venture.

However, he did not become extremely popular after playing the leading roles, which Baldwin got one after another. Stephen starred in the war drama Posse, dedicated to the events in Cuba in 1898, and in the film Bitter Harvest.

He made a real breakthrough in 1995 when the movie The Usual Suspects was released. Bryan Singer’s mystery film was included in the IMDb "Top 250". The project has an outstanding cast, starring Benicio del Toro, Kevin Spacey, Kevin Pollak, Gabriel Byrne.

Baldwin played one of the gangsters who fell into a dangerous criminal trap in which they use blackmail, looting, threats. The film received 14 prestigious awards, including two Academy Awards and BAFTA Awards, as well as the Independent Spirit Awards.

Stephen finally established himself in action films and achieved his peak of popularity in the 1990s. His new project was Fled, in which the man portrayed convict Luke Dodge. He escapes from prison together with Charles Piper (Laurence Fishburne). But the police begin the chase since Dodge has information that could be very damaging to the local crime boss.

Baldwin appeared in the comedy Bio-Dome (1996) and in some low-budget projects to break the monotony. In 1998, he played a leading role in the movie One Tough Cop again. His hero, Bo Dietl, is a New York detective who tells the story about his great adventures and everyday life, full of danger, chases, and whiz of bullets.

At the beginning of the 2000s, Stephen Baldwin played in the comedy The Flintstones in Viva Rock Vegas. For his role, the actor was nominated for the Golden Raspberry Award for Worst Supporting Actor. But Stephen was not upset, because he played in five projects at that time.

One of the most exciting projects of this period was the fantasy thriller XChange, in which the actor played alongside Kyle MacLachlan and Kim Coates. Three heroes are involved in a body swap scam. So, it is difficult to understand whether you deal with a criminal, hero or clone.

Baldwin has become a frequent guest of comedy reality shows: The Celebrity Apprentice (2009), Celebrity Big Brother (2010), All-Star Celebrity Apprentice (2013), in which he parodied famous people and stars of show business and was one of the top five contestants. Since 2010, he has seldom filmed in new projects. At that time, the comedy I'm in Love with a Church Girl (2013), the drama 2047: The Final War (2015) and the horror movie Magi (2016) were released.

Unlike his older brother Alec Baldwin, Stephen has been married to one woman for all his life. Brazilian graphic designer Kennya Baldwin, the daughter of the famous composer, Eumir Deodato, became his wife. The young people met in the New York City subway in 1987.

In 1990, the couple married, and soon they had two daughters: Alaia and Hailey. Both ladies are models. Hailey Baldwin has become famous for her personal life because she is the wife of the scandalous singer, Justin Bieber.

The actor has always been considered an exemplary family man. However, in November 2018, photographs appeared on the Internet that depicted Stephen embracing masseuse Ruth Anselmi. According to Ruth’s friend, they started a love affair about two years ago, and they dated secretly for all this time. Baldwin stated that it was nonsense.

The actor does charity work actively, writes poetry, is fond of auto and motorcycle races, parachuting and billiards. He also has an active political stance and supported Donald Trump in the 2016 elections. Just like the president, Baldwin has a Twitter account, where he writes tweets about his life.

In 2001, after the September 11 attacks, Stephen Baldwin announced that he rethought life and started a new chapter in life, becoming a deeply religious man. In 2006, the man published a book titled The Unusual Suspect. It details highlights from his life, career, and his turn to becoming a born-again Christian. In his free time, Stephen travels around the country to speak about his faith.

In 2018, the actor became a professor at Kyiv National University of Culture and Arts. In 2020, Stephen will shoot in the film The Soloist, and he has already organized auditions at the university.

In 2019, fans expect to see their idol in the thriller The Summoning. According to media reports, the star is now playing the leading roles in 4 projects: A Walk with Grace, Youth Group, Riding Destiny, Streetball: Game Over.

Stephen Baldwin has a net worth of $500 thousand.