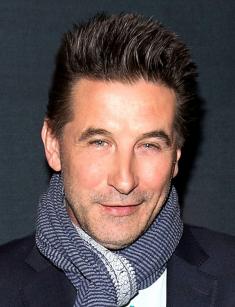 The talented four of Baldwin brothers conquered Hollywood long ago. Each of the actors self-actualized himself in his genre and line of roles, having passed a creative path full of ups and downs. William Baldwin got a foot in the door with the role of hero-lover that started following the actor after the film Sliver with Sharon Stone.

However, soon he proved that his acting range is much broader. The actor varied his filmography with dozens of roles - from rescue heroes to psychopathic maniacs. In life, the personality of William is close to perfect, as his relatives claim. They gave him the nickname Billy-Lite for the gravity of his behavior.

William Joseph Baldwin was born on February 21, 1963, in the city of Massapequa, New York. Both parents are teachers. His father, Alexander Baldwin, is a history teacher and also worked as a football coach. William’s mother, Carol Newcomb, taught at the high school. William is the third oldest in the famous four of brothers-actors after Alec and Daniel. Steven and Jane were born later. The brothers also have an older sister, Elizabeth.

The children were raised in a large, close-knit family and received a strict Catholic upbringing in profound honor to the Irish tradition as a tribute to their roots. Of course, you can't avoid quarrels and sometimes serious fights when four naughty brothers grow together. William, unlike other brothers, had the best chances to come out as the winner from any conflicts as he was seriously fond of wrestling at school and college. But he preferred to stay away from the fights.

"Billy has always been a peacemaker and remained neutral, like Switzerland."

Perhaps this innate sense of diplomacy pushed William to enroll at the Binghamton University to study political science after graduating from Alfred G. Berner High School. After completing his education, William was a trainee in the U.S. Congress as an assistant to Congressman from the Party of Democrats, Thomas Downey.

Nevertheless, William didn’t have to be occupied with politics. The high (actor's height is 187 cm), athletic guy, was invited to work in an advertising photo shoot for Calvin Klein. It was a short step from the models' world to the actors, especially when two of his older brothers have already made success in the movie.

In 1989, Baldwin made a debut both on major and minor projects. On television, he got the role of a real historical character, Robert Chambers, who killed 18-year-old schoolgirl Jennifer Levin in New York in 1986. In a TV movie called The Preppie Murder, William played with Lara Flynn Boyle.

In the same year, there was a release of Oliver Stone's cult film Born on the Fourth of July with Tom Cruise starring. Baldwin's younger brother Stephen played in this Oscar-winning war drama, William also got a small episodic role.

The next year, Baldwin got his first major role in the film Flatliners (1990). William worked with such stars as Kiefer Sutherland, Julia Roberts, Kevin Bacon, and Oliver Platt. They all play participants of a dangerous experiment with going into clinical death and later experiencing the terrible consequences. The project made a great success in cinemas around the world, and Billy woke up being famous.

On the wave of success, the actor got the role which made him loved by millions of viewers. We are talking about the film called Backdraft. William played a brave firefighter Brian McCaffrey there, who revealed a whole chain of crimes related to the fires in his hometown without others’ help.

In 1993, Baldwin was invited to play a minor role in the psychological thriller Sliver. The lead role of Carly Norris was written specifically for Sharon Stone, who was at the peak of success after the premiere of Basic Instinct. Carly, a successful editor in the publishing house, moves into a new apartment and meets Zeke Hawkins (played by Baldwin). A passionate affair flares up between them, but soon the woman suspects that Zeke is a mass murderer.

The film was profitable and collected over $100 million. But critics were disappointed, which was the reason that the film was nominated for a Razzie award 7 times. William was the only one who stayed on top. His role earned him the MTV Movie Award for Most Desirable Male.

By the way, after Sliver Baldwin and Stone managed to become the worst enemies. Ambitious actress disliked the partner and played tricks on him during the filming in any possible way. But Cindy Crawford, next partner of the actor in the movie Fair game, was the charm itself. The role of a lawyer Kate McQueen was the debut for the model, and Stephen supported his partner as much as he could.

Until the late 90s, the actor played in two more films, the detective Curdled produced by Quentin Tarantino, and in the science fiction thriller called Virus. Both films failed and didn't bring Billy a great popularity.

In the 2000s, William filmed a lot, but none of the works didn’t bring the actor to his former success. In these years, Baldwin mainly plays in crime dramas (Primary Suspect, One Eyed King) and thrillers (Double Bang, Art Heist). However, to the fans' delight, he plays in comedies as well (You Stupid Man, The Squid and Whale, Relative Values).

This period is remarkable for lots of work on TV. William starred in the series Dirty Sexy Money, which focuses on the Darlings family, the wealthiest clan in New York. Baldwin plays one of the main characters, Patrick Darling, a successful prosecutor and the son of the head of the clan.

The actor also was filming in 2 seasons of the popular TV series Gossip girl and played the role of Dr. William van der Woodsen, the father of the main character, Serena (played by Blake Lively).

After 2010, the actor engaged in voicing. You can hear his voice from the characters of Justice League: Crisis of Two Worlds, Dino Time. From 2017, he actively appears in films and on television. In the same year, William appeared in the joint Russian-American action movie Maximum Impact, a year later – in the horror Minutes to Midnight and the TV series The Purge.

Personal life of William Baldwin is not so intriguing as for an actor who awarded the status of the most desirable male in Hollywood. In his youth, Billy was dating with actress Jennifer Grey. They appeared together on the red carpet at film festivals. However, these relations didn’t finish with marriage. The actor had an affair with Madonna.

In 1991, Baldwin started dating singer Chynna Phillips, the daughter of the famous musician John Phillips. The couple got married in 1995. Together, they have three children: a daughter Jamison (2000), a son Vance Alexander (2001), a daughter Brooke (2004).

In 2010, Chynna wanted to get divorced, but changed her mind and called out the documents. Now spouses split two houses: one in New York and the estate in Santa Barbara. The actor doesn’t hide the highlights of his family life and often posts photos on Instagram.

William is also the head of the Breast cancer charity, founded by the Baldwin brothers in honor of their mother, Carol Newcomb, who died because of a terrible disease.

In 2019, fans of the star will see William in two television projects. The actor is expected to participate in the new series Too old to die young and Northern Rescue. In both projects, Baldwin has a major role.

The actor is working on some films, such as Forsaking All Others, Youth Group, Welcome to Acapulco, Trunk. 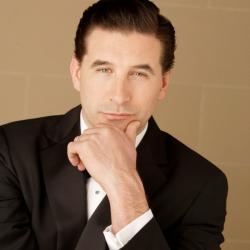